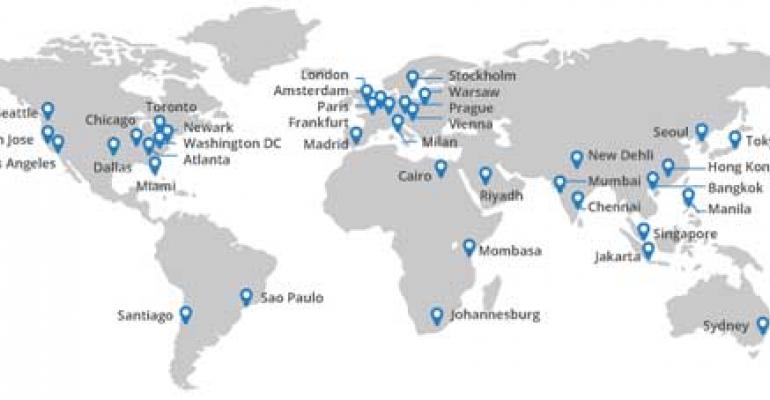 CloudFlare, which provides web security and performance, saw a stellar year for growth last year and is planning on expanding its data center footprint worldwide.

Web performance and security provider CloudFlare saw another stellar year for growth in 2013 and is planning a significant expansion of its data center network in 2014. Page views, revenue and traffic all rose by more than 400 percent.

CloudFlare will expand its data centers significantly during 2014, adding facilities in regions where it believes it currently lacks coverage, including Latin America, the Middle East, Africa, and parts of Asia. The company says it is seeing tremendous growth in emerging markets, with China and Brazil its second and third largest markets, respectively.

The company notes that, along with this positive customer growth, the number of denial of service attacks it saw also reached record levels.

The company said 2013 was its “refactoring” year, updating its architecture  and upgrading its existing facilities through added equipment and network redundancy. The per server infrastructure was upgraded from a 1Gbps platform to a 10 Gbps platform. The entire DNS infrastructure was rebuilt from scratch. It created a new, fully customizable, rules-based Web Application Firewall (WAF) to augment its original heuristics-based WAF.

APIs are being cleaned up and re-written, and its logging infrastructure is close to being able to keep better pace with the 100GB of  data it generates every minute, meaning better real-time intelligence in regards to threats.

“We learned a lot in 2013,” wrote CEO Matthew Prince on the company blog. “We learned what 10Gbps switches can (and cannot) keep up CloudFlare-scale traffic. We learned how to double, and then double again, the maximum number of requests per second a server on our network could handle.”

The company is also rolling out SSL with perfect forward secrecy support to all its customers, even at the free tier. “That is a significant challenge for a number of reasons, but we believe it's disappointing that there are only about 2 million SSL-protected sites online today,” wrote Prince. “One day in 2014 we plan to double that. We think it's one of the most important things we can do to further our mission of building a better web.”

CloudFlare also announced a partnership with 1&1 Internet one of the largest web hosting providers in the world.

“1&1 has been eager to collaborate with an innovative CDN such as CloudFlare in order to further strengthen our Web hosting platform for both businesses and developers world-wide," said Robert Hoffmann, CEO Hosting, 1&1 Internet. " Impressive website experience, improved traffic and reduced bounce rates are all tangible results that customers gain from such a strong partnership.  CloudFlare will deliver new advanced CDN features to us in the coming months.”

Now included in several 1&1 Web hosting packages are expanded ClouldFlare features including Mirage and Railgun. Mirage optimizes images for all connections and screen sizes (smartphone, desktop, laptop or tablet), and Railgun identifies and delivers changes to dynamic content quickly for faster loading times, regardless of the visitor’s location.