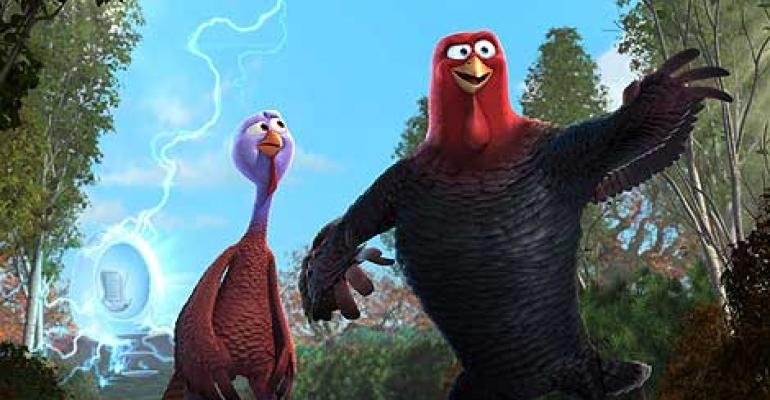 Boring servers whirring away in a data center never seem exciting until they are used to power an animated film and show off that technology in full glorious color and clarity. Reel FX has done just that, and used Dell servers to develop, produce and animate its first full-length feature film, "Free Birds". 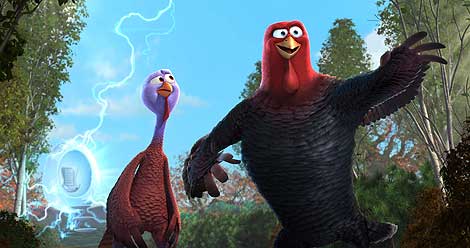 The Thanksgiving-themed film, titled "Free Birds," benefited from the computing power of Dell.

Boring servers whirring away in a data center never seem exciting until they are used to power an animated film and show off that technology in full glorious color and clarity. Reel FX has done just that, and used Dell servers to develop, produce and animate its first full-length feature film, "Free Birds." The movie features the voices of Owen Wilson, Woody Harrelson and Amy Poehler, and is  about two turkeys who travel back in time to try to take themselves off the Thanksgiving menu.

After 20 years of making animated content for commercials and interactive projects, doing a full-length movie was a massive undertaking for Reel FX, and the studio relied on a complete Dell solution comprised of Dell Precision workstations, Dell Latitude laptops, Dell PowerEdge servers, Dell Networking, Dell Storage, and Dell UltraSharp monitors to meet the intensive demands of the project under a condensed timeline. For Reel FX, “Free Birds” is a testament to the fact that “with incredible machines in the hands of brilliant, creative artists, anything is possible,” said Chuck Peil, the vice president of business development at the studio.

“In a typical animated film, as you near the end of production you’re producing 35-40, maybe 50 shots a week,” said Kyle Clark, chief operating officer at Reel FX. “In ‘Free Birds,’ because the schedule was compressed, we were doing upwards of 200 shots a week. So the technology had to be on point and very consistent. Any downtime minutes were critical at that point.”

With its Dell-powered render farm, Reel FX increased processing power to 12 cores per machine and moved from 24GB to 48GB systems with an upgrade  to Dell PowerEdge C6220 rack servers, allowing them to reduce render time per frame by 30 percent. Last year, Reel FX switched from its previous vendor entirely to Dell Networking for the low latency, high speeds and full breadth of product range. With Dell Networking S55 and S4810 high-performance switches, Reel FX was able to increase network throughput, taking the studio from a 10Gb backbone to a 20Gb backbone.

“Free Birds” contains a large amount of feathered turkeys, dense forest scenes, and many complex effects – all elements that require a lot of processing power to generate and as many iterations as possible in order to define and refine the look of the finished frames. To meet these high demands, artists and animators at Reel FX used Dell Precision T5600 workstations, which offer the high-end graphics and power they need to run compute-intensive professional applications including Side Effects Houdini, The Foundry NUKE, Autodesk Maya and a home-grown plug-in for Maya to create the characters’ feathers. To manage its dynamic software environment in a limited amount of time and with a limited amount of man hours, Reel FX used the Dell KACE K1000 Systems Management Appliance.

“We've been partners with Dell for a very long time. They've provided great customer service and are always there when we get into a bind at the end of production. There's someone we can call, they respond in a timely manner, and we feel like they understand our business,” said Ross Moshell, director of business technology for Reel FX. “And then of course from the pure technology perspective, we benchmark our machines, processors and infrastructure on a very regular basis and Dell continues to win in those benchmarks.”