BROUGHT TO YOU BY
Recent
Recent
Cohesity Delivers a New Way to Approach Disaster Recovery
Sep 29, 2020
CloudBees Looks to Accelerate Resilience at DevOps World 2020
Sep 28, 2020
Top 5 Data Center Stories of the Week: September 25, 2020
Sep 25, 2020
Why Hybrid Cloud and Colocation Don’t Always Gel
Sep 24, 2020
IT Vendors Want You to be Extra Careful with Edge Data Centers
Sep 24, 2020
Featured
Resilience in a Pandemic: Smaller Data Center Providers Hang On, Hold Fast
Jun 01, 2020
How the Data Center Technology Market Is Faring in the Pandemic
May 27, 2020
Microsoft Says It’s Built a Top-Five Supercomputer in the Cloud for AI
May 21, 2020
Rules Rewritten: Managing Data Centers Through the Pandemic
Apr 07, 2020
Highlights 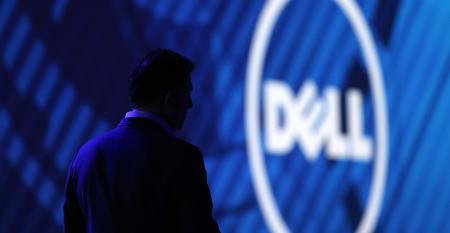 Dell to Trim Workforce This Week in Move to Stay Competitive
Sep 15, 2020
While PC demand has seen a boost, businesses have become cautious in major data center equipment purchases.

Dell, HP Results Top Wall Street Estimates on Pandemic PC Demand
Aug 28, 2020
Dell's efforts to refresh its PC lineup as users do more computing at home have paid off, while the pandemic...

Dell Says It’s Exploring Potential Spinoff of VMware Unit
Jul 16, 2020
A key part of the negotiations will center on a commercial agreement between Dell and VMware that would...

Dell VMware Spinoff Debated by Street as Real or ‘Head Fake’
Jun 24, 2020
Dell surged 12% following a report that it was mulling a spinoff of its 81% stake in VMware.

Dell Halts 401(k) Matching, Pay Raises, Hiring to Preserve Cash
May 21, 2020
"Our job is to prudently manage our business so that we’re in a strong position on the other side of this situation.”

Dell Offloads RSA Cyber Unit to Consortium for $2.08 Billion
Feb 19, 2020
The tech giant is offloading an asset that has had trouble competing with more modern rivals such as Okta.

Dell to Explore Purchase of Rest of Secureworks
Dec 23, 2019
A Secureworks takeover would be a departure from Dell’s earlier plan to sell its stake in the company, sources told Bloomberg.

Dell to Explore Sale of RSA Cybersecurity Unit
Nov 26, 2019
The company hopes the sale could fetch at least $1 billion, sources who asked not to be identified said.

Dell Aims to Make Women Half of Workforce in Diversity Push
Nov 12, 2019
The company recently paid a $7 million settlement after allegations of paying women and ethnic minorities less than others.