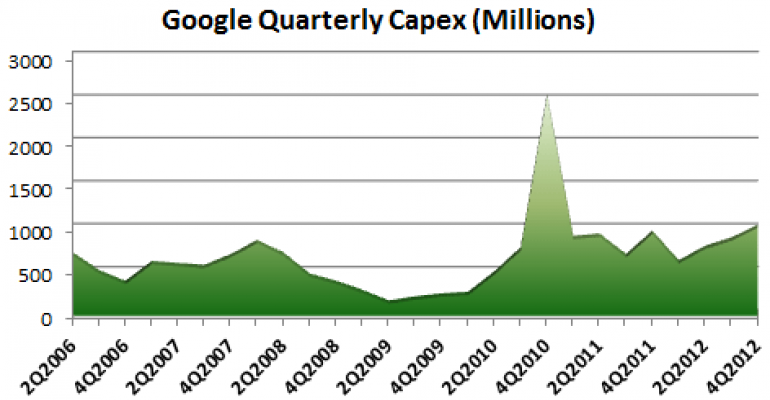 Google poured $1 billion into its data center operations in the fourth quarter of 2012, marking its highest quarterly investment ever in Internet infrastructure. 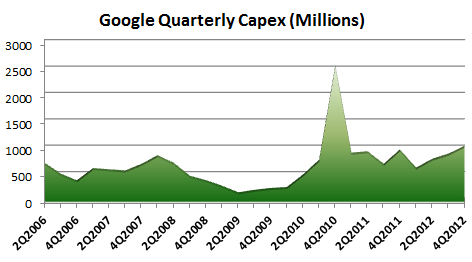 The fourth quarter capital spending, announced in Thursday's earnings report, boosted Google's full-year investment in its servers and mission-critical facilities to more than $3.27 billion, illustrating the strategic importance of data centers in Google's business. That's a ton of money, but it's actually down slightly from $3.43 billion in 2011.

Google's capital expenditures fluctuate from quarter to quarter. The latest increase in spending reflects Google's focus on expanding its existing data center campuses. The company is pumping $600 million into an expansion of its campus in Berkeley County, South Carolina and another $200 million into its facilities in Council Bluffs, Iowa. In the third quarter, Google unveiled its first data center project in South America, which will be located in Quilicura, Chile.