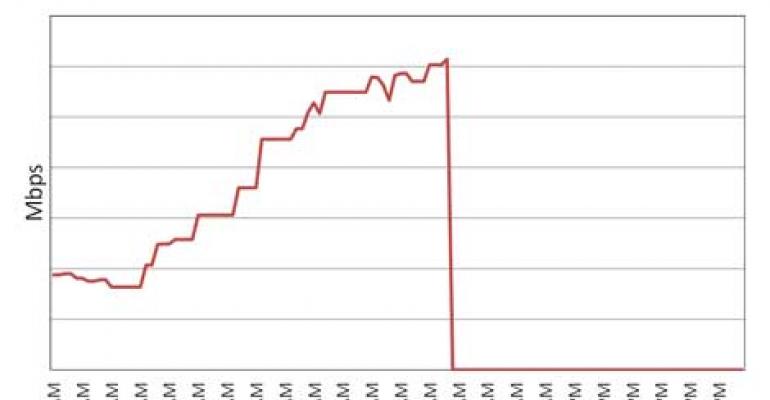 The country of Syria is almost completely cut off from the Internet, according to leading monitoring services. "In the global routing table, all 84 of Syria's IP address blocks have become unreachable, effectively removing the country from the Internet," Renesys reported. 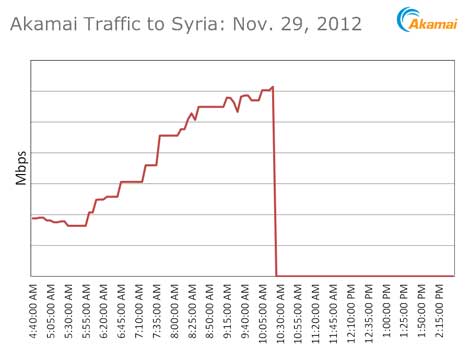 The country of Syria is almost completely cut off from the Internet, according to leading monitoring services. "In the global routing table, all 84 of Syria's IP address blocks have become unreachable, effectively removing the country from the Internet," the Renesys blog reported. "The primary autonomous system for Syria is the Syrian Telecommunications Establishment; all of their customer networks are currently unreachable." The cutoff has been confirmed by content distribution provider Akamai Technologies and by traffic data from Google.

Rensys says a small number of Syrian networks remain connected, probably because they are not physically hosted in the country. "These are five networks that use Syrian-registered IP space, but the originator of the routes is actually Tata Communications. These are potentially offshore, rather than domestic, and perhaps not subject to whatever killswitch was thrown today within Syria."

Syria is in the midst of a bloody internal conflict. A similar lack of Internet connectivity was seen last year in Egypt, which prompted discussion of how the shutdown was accomplished.

UPDATE: Content delivery network CloudFlare has shared additional data in a blog post, which discounts reports that the outage may be due to terrorist activity or a cable cut.

"When the outage happened, the BGP routes to Syrian IP space were all simultaneously withdrawn from all of Syria's upstream providers," CloudFlare reports. "The effect of this is that networks were unable to route traffic to Syrian IP space, effectively cutting the country off the Internet. Syria has 4 physical cables that connect it to the rest of the Internet. Three are undersea cables that land in the city of Tartous, Syria. The fourth is an over-land cable through Turkey. In order for a whole-country outage, all four of these cables would have had to been cut simultaneously. That is unlikely to have happened."

The report concludes: "The systematic way in which routes were withdrawn suggests that this was done through updates in router configurations, not through a physical failure or cable cut."