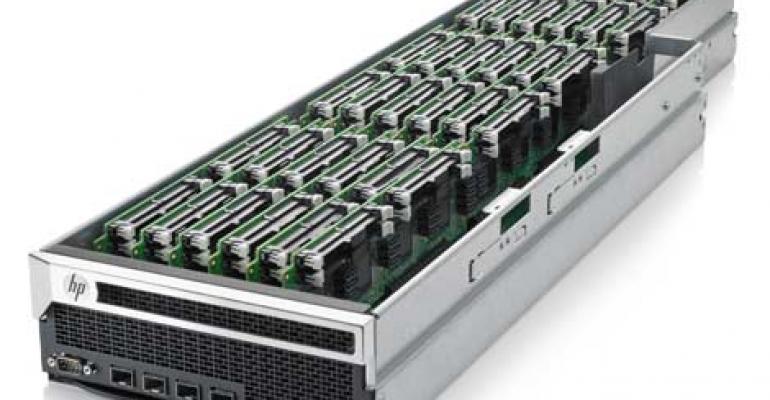 HP Picks Atom Chips for Next Phase of Project Moonshot 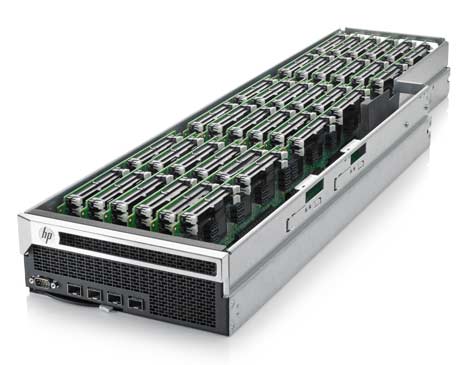 An HP Redstone server, the first phase of Project Moonshot, featured ARM chip technology from Calxeda. HP will use Intel Atom technology in the next phase of the Moonshot project, known as Gemini.

Announced last November, HP's Moonshot looks to leverage workload-optimized, extreme low-energy “server cartridges” in a unique enclosure that pools resources across thousands of servers. Leading the Centeron cartridges will be its Gemini server, which will introduce several innovations primarily centered on its unique federated environment that is processor-neutral.

Project Moonshot is an HP initiative to develop low-power, many-core servers. HP executives describe it as a multi-year, multi-phase effort to advance HP technology for hyper-scale computing. The name, a reference to the U.S. space program, suggests the ambitiousness of HP’s thinking.

The first set of servers were named Redstone – the launch vehicle for the first sub-orbital space flights during Project Mercury – reflects the fact that this is a starting point on a longer mission. The Redstone servers featured many-core processors from Calxeda based on low-power ARM technology popularized in cell phones.

Calxeda said the shift to Intel Atom servers for Gemini - named for the series of orbital manned space flights that laid the groundwork for the U.S. space program's push to land men on the moon -  should not be viewed as a verdict on its technology.

"HP has always said that Moonshot is about efficiency and processor choice," said Karl Freund, Calxeda, VP of Marketing. "We are proud to have been selected as HP's first ARM processor and there is no reason why we will not be an important part of their roadmap.  In a sense, this further validates the concept that more efficient processors are needed for critical workloads,  and we are confident that we will deliver a value proposition that is simply on a different curve than our competition.  Redstone remains very much alive,  being shown in HP's booth today at International Super Computing event in Hamburg, and we remain on track to deliver Redstone systems for customer evaluation this summer."

The Gemini server system is in use in HP’s Discovery lab in Houston and will soon be available for customer testing. It is expected to begin shipping in early production to customers by year’s end.