A major water main break in New York has flooded streets near 60 Hudson Street, one of the most important communications buildings in Manhattan. 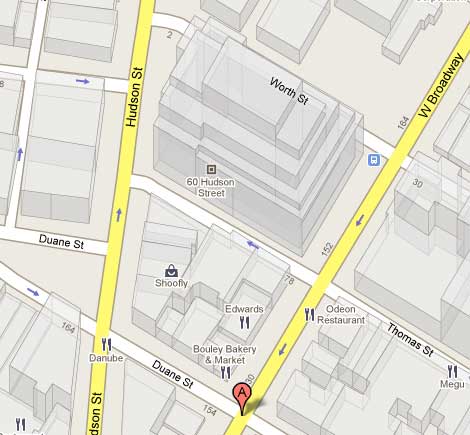 A major water main break in New York has flooded streets near 60 Hudson Street, one of the most important communications buildings in Manhattan. The flood resulted in more than three feet of water in part of the basement of 60 Hudson, which houses data centers and telecom hubs for more than 100 communications companies. New York emergency officials are aware of the building's strategic importance and using sandbags to try and limit water damage at the building.

Early reports from Telx, one of the major tenants at 60 Hudson, reports no major operational impact from the flooding. "Telx is and has been in normal operation," the company said in a statement. "The company’s vault was unaffected because Telx is served from the mezzanine level. Water has subsided in basement, but the company has the on-site facility crew ready to implement emergency procedures if need be."

UPDATE: Through the weekend we have seen no reports of service incidents related to the water main break. Given the seriousness of the initial reports, it's a very good outcome.

The incident began at 2:20 a.m., when a 12-inch water main broke near West Broadway and Duane streets, flooding local streeets and filling some local basements with as much as four feet of water. We are reaching out to other providers with operations in the building to gauge any impact. 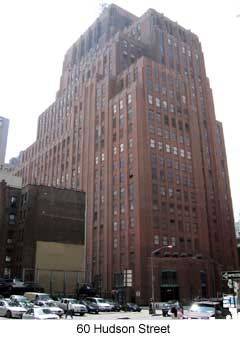 60 Hudson Street, previously owned by Western Union, has a lengthy history as a cornerstone in the development of America’s communications infrastructure. The 943,000 square foot facility was built between 1928-30 at a cost of nearly $45 million - which, adjusted for inflation, is the equivalent of more than $400 million today. It initially housed 70 million feet of wire and 30 miles of conduit.