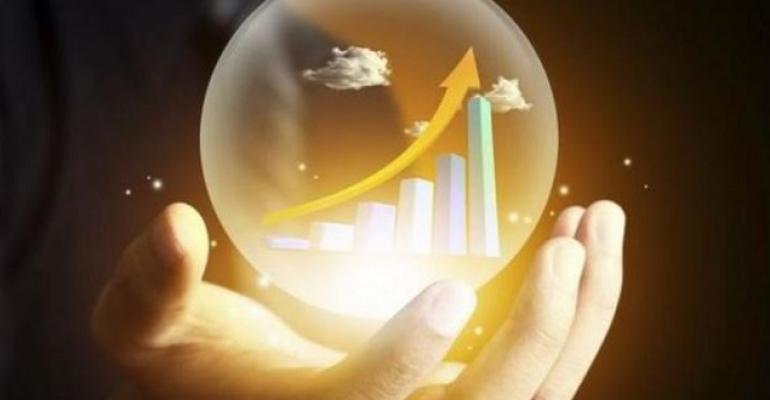 The winds of change are still reverberating across the US after the national election results were tabulated last week. There is little doubt that President-elect Donald Trump -- working with a Republican majority in both houses of Congress -- will usher in a different business environment for 2017, and beyond.

Commercial real estate landlords, tenants and investors are now focusing on how new leadership in the Oval Office will influence demand for space. Silicon Valley-based technology giants are also grappling with how the new administration will view the digital economy, data sovereignty, visas for workers, and potentially prickly trade agreements.

Read more: Tech Defanged as Stocks From Amazon to Netflix Left Out of Rally

Most commercial real estate sectors are leveraged to growth in GDP, jobs and consumer spending. However, data center demand is primarily linked to macro trends, including: growth of cloud computing, big data, distributed or "edge" IT architecture, wireless data and streaming media, IT outsourcing trends, and emerging Internet of Things (IoT) deployments.

Data Center Knowledge reached out to a group of commercial real estate experts who are data center specialists for post-election expectations. Here are insights from industry insiders on leasing trends for 2017, as well as commentary on data center supply and demand in several key markets.

"We believe the industry will continue to expand based on issues larger than the U.S. election and will not be really affected by the next administration,” said Todd Bateman, North American Agency Practice Leader for CBRE’s Data Center Solutions Group. "However, clearly any administration that plans on investing in infrastructure and mitigating taxes has benefits for the data center industry. Also, if the new administration is looking to create more governmental efficiencies, there may be opportunities for outsourcing that could benefit data center providers as well."

Bateman is actively marketing the proposed 12-story 330 E. Cermak project, planned to be built directly across from the iconic 350 E. Cermak, in the South Loop of the Chicago Central Business District.

"There is significant pent up demand," according to NADA's Managing Principal Jim Kerrigan, "the biggest challenge is lack of existing supply in key markets."

He pointed to Chicago as a market where many enterprise users are looking for space but there is limited inventory of space available to take immediately.

"Now that the election is over, there will be an increase in leasing activity particularly by the enterprise users during the fourth quarter.  This will be consistent with 2012 where most of the enterprise leasing activity that took place was in Q1 and November/December. Also the increase of sale-leaseback activity, particularly as it relates to data centers will carry thru to 2017."

JLL Managing Director, Allen Tucker, said "I don’t believe data center deals that are in the current pipeline will be effected by either the current administration or by President-elect Trump."

Tyson, Virginia-based Tucker operates in the middle of government contracting country. DCK asked: Is the buzz optimistic?  Tucker replied, "Yes, in general, many are optimistic about a change in administration but change will not happen immediately.  My guess after the 100 days of policy decisions are put into motion the tail wagging will take effect later next year, approximately third quarter 2017."

Another JLL Managing Director, Dallas-based Bo Bond, also weighed in on the election results as it relates to what he sees in his Texas markets. He replied in an email, "I believe the election results won't adversely affect data center momentum we have going into the New Year.  We are working on behalf of a number of providers on their expansion plans (land acquisitions for data center campuses) AND our user clients are desperately trying to get projects booked by year end while gearing up for new 2017 budget cycles. We are very bullish on 2017!"

North Carolina-based brokerage and data center developer Five 9s Digital principal Stephen Bollier weighed-in on the scramble to get deals done prior to year-end 2016. He said, "I think any deal not baked six months ago will be pushed into 2017, as the deal cycle is too complex to get things done in the next 45 days."

Five 9s principal Doug Hollidge added, "The enterprise transition to the hybrid cloud will continue as corporations further understand the value proposition of outsourcing their data center requirements, place more trust in third-party platforms, and gain an increased number of options to evaluate."

He replied in an email, "I expect 2017 to be on par with 2016 for leasing across the North American markets. I expect Dallas and Chicago to have more volume in 2017, and I expect Northern Virginia and Santa Clara to taper off slightly from 2016 results.  NY/NJ will probably increase slightly for 2017; however, the 2016 leasing volumes for NY/NJ are lower than anticipated."

The uncertainty regarding the election results has now been replaced with the unknowns surrounding the business environment and trade policies under a Trump administration.

There is currently a lot of market power concentrated in a handful of Silicon Valley tech behemoths. It remains to be seen if there will be any regulatory fallout from the ugly campaign rhetoric -- particularly for M&A deals, and network/content plays like Comcast and AT&T.

The good news for long-term investors is that data growth is more or less politically agnostic and should continue unabated for the foreseeable future. However, it is anyone's guess as to how long the record leasing by the giant cloud providers will continue.