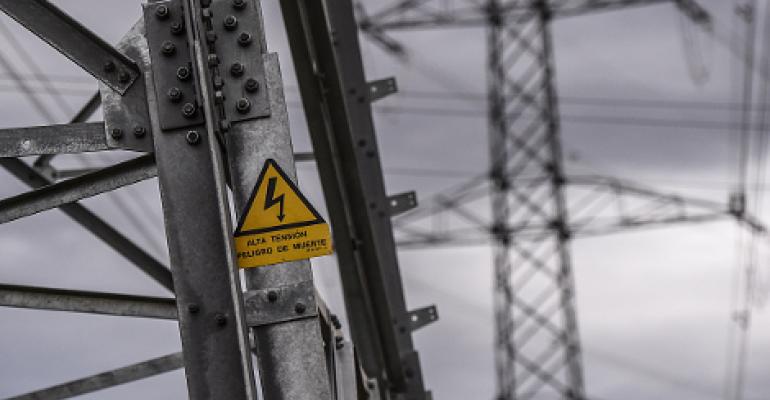 David Ramos/Getty Images
How to…

How to Get Paid for Your Data Center Efficiency Project

An introduction to utility incentive programs for data centers

The incredible amount of energy needed to power data centers is well documented. Globally, data center energy use accounts for three percent of all electricity consumed, a figure that will continue to grow in the coming years. While fueling one of the backbones of our economy, this incredible power usage has resulted in staggering electricity bills and large amounts of pollution associated with producing that energy. To help combat this, utility companies in recent years have been offering incentive programs to data center owners and operators who are willing to make their facilities more energy efficient.

While these incentives are incredibly beneficial to data centers, I’ve found many operators hesitant to take advantage of the opportunity for a variety of reasons, including not being sure where to start, fear of unknown project costs, and confusion on the different types of incentives that are available. These concerns are all very understandable, and I can share some knowledge to help clear up the confusion that surrounds utility incentive programs.

The paperwork required by utility companies to claim prescriptive incentives can be confusing. Different utilities typically have their own unique paperwork that must be completed correctly and in the right order to receive an incentive. In addition, each utility that offers prescriptive incentives has its own set of rules for the types of equipment that will qualify along with the amount paid for each item that is being upgraded. Additional barriers can include: pre-qualification applications, utility personnel site visits for verification before and after the more efficient equipment and/or upgrades have been installed, and verification that purchase orders were not placed prior to a data center’s engagement with the utility company.

Unlike fixed-value prescriptive incentives, incentives from customized programs are typically performance-based. Payment is tied to specific metrics, like the amount of kWh or kW saved through an efficiency project. Examples of customized incentive programs include: adding economization (or free cooling) to a chilled water system along with monitoring and controls, adding modern controls to CRACs and air handlers, and the utilization of a variety of airflow management solutions.

Broadly speaking, qualification for customized incentive programs is much more involved than for prescriptive incentives. Customized incentives usually require that an engineering justification for the new proposed measure(s) is created and then reviewed and approved by the utility company (and sometimes a third-party engineering firm) before the project begins. This justification (often in the form of a study or report) almost always includes metering power for existing conditions, calculating the potential savings of a proposed measure or measures, and then conducting power metering after the measures have been installed. The pre-project metering and savings calculations are used to vet the potential savings of the project and an anticipated incentive is calculated and set aside for the customer for a given period of time. Ultimately, the incentive is usually paid based on the measured savings after the project is completed, which can be a barrier to data center owners and operators. Depending on the project, customized incentives often have the advantage of paying much higher amounts than prescriptive incentives, which is why they undergo more scrutiny. For this reason, approval of customized incentives can also take much longer than prescriptive incentives.

Customized incentives also have to meet certain payback criteria. Usually, if a project has an ROI of less than a year, a customized incentive won’t be available because utility companies consider the fast payback so valuable that an incentive shouldn’t be required to motivate the data center to move forward with the project. Conversely, utilities also don’t usually incentivize projects that have long payback periods (which vary depending on the company, but a 10-year or longer ROI will almost never be approved) because they view that project as too expensive relative to the savings. Each utility company follows its own rules and regulations, and the payback periods and methods determining how a payback is calculated vary from company to company

Incentive programs are usually based on an annual schedule by the utility companies. They typically begin the program year (which may or may not correspond with the calendar year) with a fixed amount of money to use to incentivize efficiency projects. Unfortunately, the entirety of those funds may be committed to projects in the first few months of the program year with no additional funds available until the next year. If a data center operator is considering an efficiency project, it is important for them to know whether incentive funds will be available before the project begins. Additionally, just because a given utility program has funds set aside for certain types of projects one year, there is no guarantee that the same level funding will be available the following year. There is a bright side though: because data centers have been slow to embrace industry-specific utility incentive programs, funding is rarely exhausted.

The message coming from utility companies is clear: due to the immense power used by the growing data center industry both globally and locally, incentives are available to motivate owners and operators to lower their energy usage. Whether choosing to pursue a prescriptive or customized incentive, the addition of energy efficient solutions in data centers is more attractive (and necessary) than ever before.

About the author: Tim Hirschenhofer is general manager at Future Resource Engineering.

Form Jacking: Why Your IT Shop Needs to Take It Seriously
Mar 27, 2020

How IT Pros Can Pivot to Support Remote Working
Mar 23, 2020