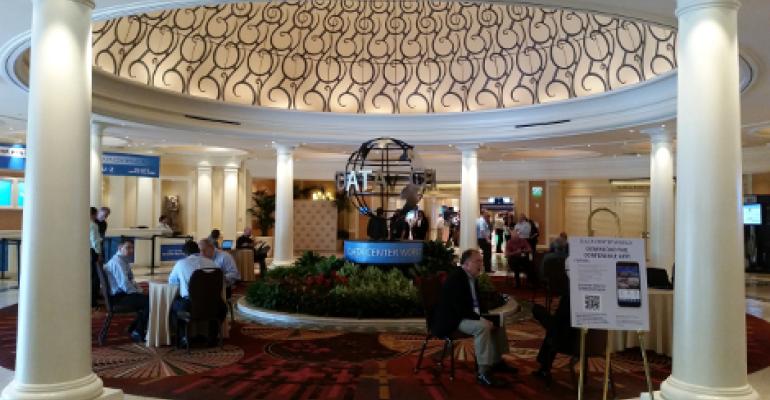 Nomadic Virtual Machines May Be Key to Lowering Energy Costs

Not all workloads are created equal, and they don’t all have to run at the same time

In theory at least, virtual machines enable IT organizations to pursue more flexible approaches to maximizing IT infrastructure utilization that reduce energy costs. The trouble is that not many organizations have the processes in place to do anything more than manage virtual machines in much the same way they manage a physical server.

Virtual machines make it simpler to optimize when application workloads should optimally run, which by definition reduces energy costs by driving up the utilization rates of physical IT infrastructure, according to Clemens Pfeiffer, president and CEO at Tier44 Technologies, the data center management software startup that took over intellectual property from the defunct outfit Power Assure.

Pfeiffer is speaking on the subject at the Data Center World conference in National Harbor, Maryland, this September.

“Most of the approaches to deploying virtual machines are still fairly static,” he said. “There’s not much dynamic allocation of workloads across the data center.”

By figuring out which workloads need to run when across a virtual data center environment, energy costs can not only be sharply reduced; the whole IT environment becomes more resilient, Pfeiffer said.

Historically, of course, IT managers have been conditioned to think of stability of the IT environment as their ultimate goal. As such, many IT managers think the less dynamic the IT environment is the more resilient it is. In reality, the ability to move virtual machines quickly actually introduces more resiliency, because in the event of an IT equipment failure, the virtual machines running on a server can be moved to another server in a matter of minutes, he said.

At some point every piece of IT infrastructure equipment for one reason or another is going to fail. Given that assumption, it’s clear that virtual machines will at some point need to move.

Pfeiffer is simply making the case that rather than viewing the movement of virtual machines as an occasional event, the time has come to put a series of processes in place that wind up making the movement of those virtual machines a routine exercise that saves money on energy costs by driving up utilization rates well above the normal 20-percent range in seen in the typical data center environment.

That may require some additional IT expertise and reliance on IT automation technologies, but the cost savings will make the effort well worth the trouble.

For more information, sign up for Data Center World National Harbor, which will convene in National Harbor, Maryland, on September 20-23, 2015, and attend Edward’s session titled “Optimizing IT Reliability, Performance, and Energy Efficiency in Virtualized Data Centers.”