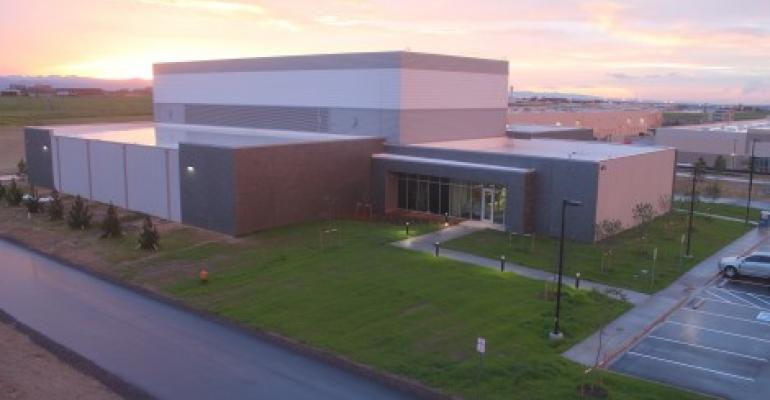 Facility will be 160,000 square feet at full build and is the latest example of increasing activity in the Denver Metro area

OneNeck IT Solutions opened the first phase of its $20 million Denver-area colocation and managed services facility, the company’s first Colorado data center and ninth in the US. The initial footprint is 35,000 square feet, with the overall project designed for up to five phases totaling 160,000 square feet.

The data center is located near the Denver Tech Center, a business and economic trading center in the southeastern portion of the wider Denver metro. OneNeck announced the data center in 2014, detailing the construction step by step on its blog as well as providing a time-lapse video of the build.

The new data center sits on over 11 acres of land and is supported by over 11.5 million pounds of high-density concrete surrounding and supporting the structure. The walls and ceilings are made of 15-inch-thick pre-stressed, steel-reinforced concrete.

OneNeck offers managed services and cloud in addition to colocation. It targets compliance requirements facing businesses today, such as SSAE 16, PCI-DSS and HIPAA. The facility is in response of demand for managed services in the Rocky Mountain region and will serve as a disaster tolerance and avoidance location for those outside the region.

OneNeck parent company TDS acquired Colorado data center services provider MSN Communications in October 2013, unifying it under the OneNeck IT brand and giving OneNeck its initial presence in the state. TDS acquired OneNeck in 2011 for under $100 million to form the foundation of its cloud play. The company's cloud is dubbed ReliaCloud.

Denver is a logical choice for the provider. The market, which acts as a complement and midpoint for OneNeck data centers in the Midwest and Phoenix, has seen increased activity.

Zayo acquired Latisys, a provider with good footing the state, and opened a third zColo data center in Denver earlier this year. CoreSite is expanding in Denver as well as other markets. H5 Data Centers recently announced an $8 million investment in facility upgrades to its Denver campus.

The Colorado data center's cooling system is designed to take full advantage of free cooling as much as it can. None of the data rooms are located against exterior walls and HVAC equipment and water sources are completely outside of data rooms.

“All six sides of our data rooms are built like a concrete fortress to provide an added measure of safety, load bearing strength, and protection for our customers' most critical IT equipment and business systems,” Phil LaForge, president and CEO of OneNeck, said in a statement. “Built to be fault tolerant and continuously maintainable without interruption, this facility is designed to deliver maximum reliability for our customers.”

Douglas County offered attractive tax and construction incentives to OneNeck, expecting the data center to promote economic activity and bring jobs to the market. Among those on hand for the opening were Senator Chris Holbert and Jill Repella, chair of the Board of Douglas County Commissioners.