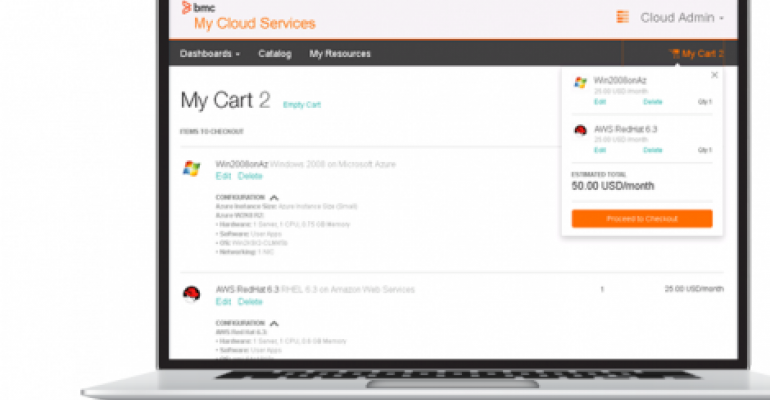 Looking to help IT operations teams extend their IT management reach well beyond their own data centers, BMC Software has released an update to BMC Cloud Lifecycle Management (CLM) that adds enhanced support for both Amazon Web Services and Microsoft Azure platforms, while also adding support for the for Docker containers and Platform-as-a-Service (PaaS) environments based on the open source Cloud Foundry project.

Chris Stauber, vice president of product management and marketing at BMC, says version 4.5 of BMC CLM is intended to help internal IT operations regain control over shadow IT environments that have spiraled out of control in recent years.

“There’s a storm of chaos hitting IT folks,” says Stauber. “We’re trying to make it easier for them to manage hybrid multi-tenant environments.”

Other new additions to the management platform include advanced tools for detecting service disruptions and tighter integration between BMC CLM and the BMC MyIT, a framework through which BMC enables end users can often resolve their own IT issues without any intervention required from the internal IT organization.

At the moment most IT environments are made up of set of semi-autonomous platforms that are mostly managed in isolation. But as pressure mounts to deliver a broad range of digital services that span multiple applications mounts, Stauber says IT organizations will need to unify the management of those platform more than ever.

In addition, as each of those platform scale at different rates, Stauber notes that most organizations simply can’t afford to keep throwing IT administrators at their IT application and infrastructure management problems.

Ultimately, Stauber says modern IT organizations are looking to expose a set of defined services to users and developers either through a portal or as a set of well-defined application programming interfaces (APIs) that developers can invoke.

At a time when the line between where one data center begins and another ends is getting blurry thanks to the rise of hybrid cloud computing, BMC sees an obvious need for a new generation of management tools.

The good news is that most modern applications and IT infrastructure now expose APIs inside and out of the cloud that make it simpler for IT management frameworks such as BMC CLM to manage them. In fact, the real challenge from here may not be the technology at all, but rather getting the entire IT organization to standardize on a common set of tools that many individual administrators have for one reason or another become over time overly attached.