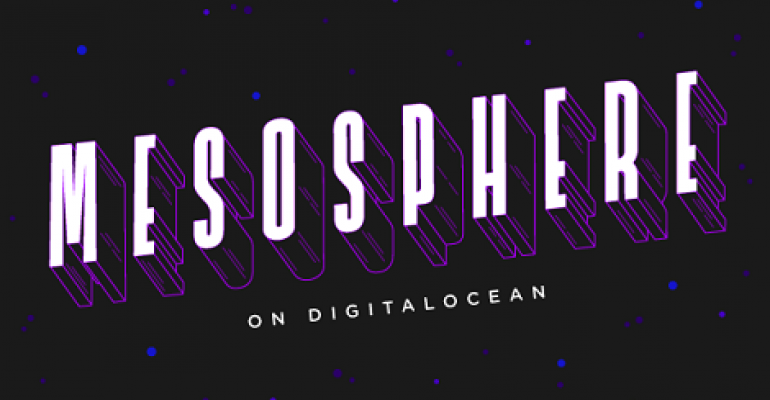 DigitalOcean partners with Mesosphere to help automate cluster provisioning of its cloud servers and make it easier for developers to deploy, scale and manage applications, and spin up clusters. (Photo: DigitalOcean Facebook Page)
Shared

Cloud hosting provider DigitalOcean has partnered with Mesosphere, a provider of resource management software for distributed applications, to help automate cluster provisioning of its cloud servers (or “droplets”) and make it easier for developers to deploy, scale and manage applications, and spin up clusters.

Mesosphere’s software is based on Apache Mesos, which was developed by UC Berkeley’s AMPLab and is run at-scale by Twitter. This essentially organizes servers, VMs, and cloud instances into a single pool of intelligently and dynamically-allocated resources (CPU, memory, storage and other resources) for greater efficiency, higher availability, more fault tolerance and less operational complexity.

According to DigitalOcean’s Tuesday announcement, developers can launch a Mesosphere cluster from a dedicated DigitalOcean landing page, allowing them to build and quickly deploy highly available applications that can scale with little or no changes in code.

“Mesosphere is a breakthrough for developers seeking more flexible ways to write applications directly against the datacenter,” DigitalOcean CEO and co-‐founder Ben Uretsky said in a statement. “The API that Mesosphere exposes for managing the underlying compute resources gives developers powerful advantages in standing up and scaling applications. The ability to manage even thousands of droplets like a single computer is very exciting to our large customer base of developers who value our fast, developer-‐friendly infrastructure.”

DigitalOcean helps make it easy for developers to setup of Mesos, which can otherwise require developers to install a software package like ZooKeeper, and connect various pieces of software and hardware.

With the setup out of the way, the Apache Mesos API allows applications to treat all cloud instances as though they were one, large compute fabric rather than a complicated tangle of individually connected servers and hostnames. DigitalOcean’s integration of Mesosphere also enables existing containerized applications to be orchestrated via Mesosphere’s Marathon scheduler without having to make code changes.

This article originally appeared at: http://www.thewhir.com/web-hosting-news/mesosphere-enables-digitalocean-provide-highly-scalable-distributed-application-hosting