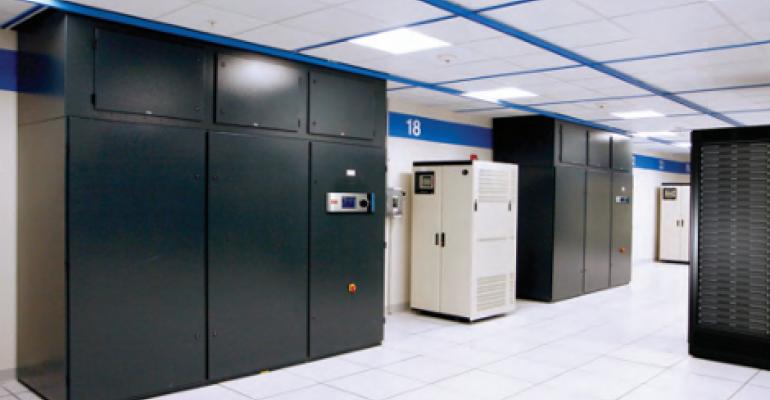 The German company’s logo is one of the most common logos you’ll see on cooling units inside a data center. Stulz makes everything from precision cooling units to humidifiers and economizers and has been manufacturing in Frederick since 2001.

While based in Hamburg, the data center cooling company is a true U.S. manufacturer. Everything it makes for the North American market it makes in the U.S.

Stulz President Joerg Desler said it was common for companies to have most of their components produced overseas but stamp their products as “made in America” simply because they were assembled domestically.

“At Stulz, we do our own engineering, metal stamping, electrical wiring, powder coating, controls programming, piping and testing,” Desler said in a statement. “To us, that is what ‘made in America’ means.”

The recently finished $5 million expansion in Maryland includes addition of a 41,000-square-foot building that will house a sheet metal fabrication area, a weld shop and two powder coat lines.

The project also includes expanded space for a line of outdoor air handling units and large-capacity perimeter cooling systems in the older facility.

Stulz expects to hire 25 permanent employees at the facility as a result of the expansion.

One of the reasons the company expanded the factory was to be able to do more custom jobs for customers. “The mission critical cooling industry is becoming more sophisticated and customers are demanding a greater spectrum of custom and semi-custom solutions,” Desler said.