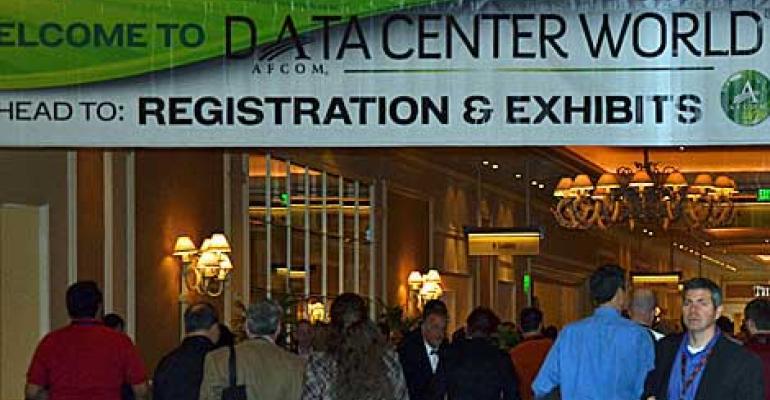 AFCOM has announced the finalists for its annual “Data Center Manager of the Year” award, which will be announced at Data Center World on April 29.

“Nomination for the Data Center Manager of the Year award marks the pinnacle of professional achievement in our industry,” said Tom Roberts, president of AFCOM and chairperson of Data Center World. “These three individuals stand out at as leaders for their companies and demonstrate clear leadership in the Data Center industry. In a business that evolves as rapidly as ours, Dave Leonard, Rob McClary and Jason Pfaff are leading the way.”

Dave Leonard - Chief Data Center Officer, ViaWest
As Chief Data Center Officer, Dave Leonard directs the design and construction of new data centers and data center expansions for ViaWest, as well as defining the standards and practices for operation of the company's data centers. He is also responsible for strategy and positioning of the data center colocation product lines. Prior to ViaWest, Leonard founded Critical Infrastructure Consulting LLC, and was the chief technology officer of Infocrossing for nine years. He was also the chief technology officer for (i)Structure, a division of Level(3) Communications which Infocrossing later acquired. Prior to that, Leonard was chief technology officer of Corporate Express, Inc. based in Broomfield, Colorado.

Robert McClary - Senior VP & General Manager, FORTRUST
Rob McClary joined FORTRUST in 2001. As Sr. VP & GM, he is responsible for the overall supervision of business operations, construction and the strategic technical direction of FORTRUST. Rob developed and honed his management skills during his 16-year tenure in the United States Navy serving in both enlisted and officer roles. Rob completed over 25 service, engineering, technical, leadership and management schools and courses while in the United States Navy and is a graduate of Southern Illinois University. Additionally, Rob received designation as an Accredited Tier Specialist (ATS) by the Uptime Institute in 2010.

Jason Pfaff - Vice President, North America DCaaS, IO
Jason Pfaff brings over 15 years of related experience, and has been directly involved in the design, build, and operation of 1.5 million square feet of space and 175 megawatts of power. Since his time at IO, he has been Senior Vice President and a pivotal leader in the company's focus on the shift from raised floors to modules. Jason oversees all of North America for IO, which equates to 1.3 million sq. ft./four sites, and is specifically responsible for the successful construction, commission and delivery of a 12 MW dedicated data center suite in only 90 days. Prior to joining IO, he worked for Sterling Network Exchange.

See the Data Center World web site for a full schedule of events.