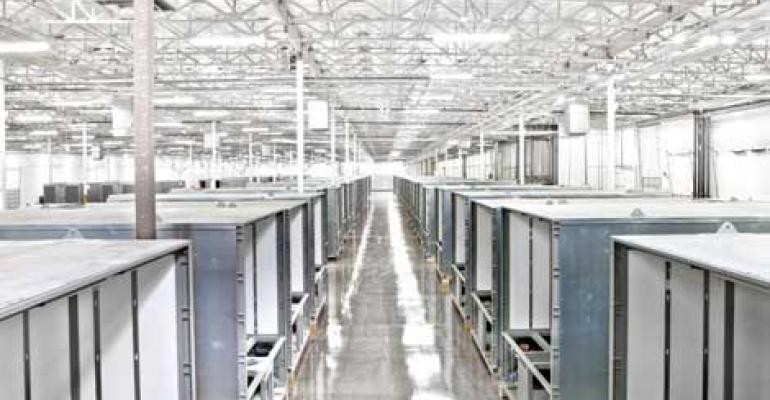 A row of modules inside the IO factory in Phoenix. (Photo: IO)
Design

A Day in the Life of a Modular Data Center Factory

Here's a video look inside the IO factory in Chandler, Arizona, where the company builds its IO.Anywhere modular data centers.

Where do data center modules come from? From the module factory, of course. Here's a look inside the process at the new IO factory in Chandler, Arizona, where the company builds its IO.Anywhere modular data centers. IO uses large air casters – also known as “air skates” – to move the modules move down the production line. The air casters use compressed air to raise heavy loads (similar to a hovercraft) and allow one or two IO staffers to move modules as heavy as 20 tons. The facility employs more than 100 workers, including industrial and manufacturing engineers, assembly technicians and specialized technology subcontractors to produce modules on assembly lines. Once the modules are completed, they are loaded onto trucks for shipping to their destination. This video runs about 3 minutes, 30 seconds.