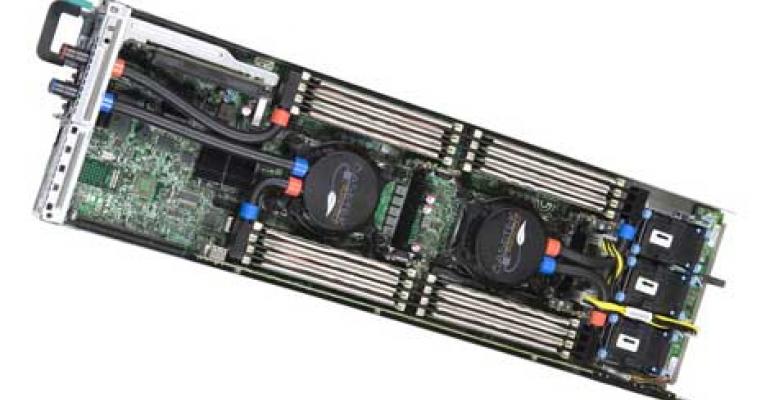 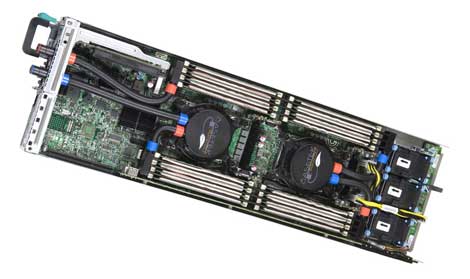 The tests evaluated at Asetek's RackCDU low-pressure hot-water CPU and memory cooling technology connected to 38 Cisco servers in a rack at the data center. The servers' power use was compared with that of more traditional air-cooled servers, said Henry Coles, who works on infrastructure cooling systems at the Lawrence Berkeley lab.

Coles and his team used modeling software to project how much energy the system would use if implemented at a larger scale.

"This direct cooling technology should provide a significant reduction in total data center energy used," he said. He estimated a 16 to 20 percent energy reduction for a server load of 50 percent.

The research also indicated that, given the climate conditions of the modeling, using colder water when it's economically feasible would translate to lower energy consumption. Different climates might yield different results, though, Coles said.

High-Density or Lower Energy Use?

Liquid cooling has typically been used as a tool for handling high-density server installations, which generate more heat and thus are harder to manage using standard air cooling techniques. Water is significantly more efficient than air as a medium for heat removal. There are tradeoffs in using liquid cooling, however, including the cost of the equipment. If liquid cooling can reduce power usage, it could change the economics of purchasing different types of equipment.

An audience member asked about return on investment for the liquid-cooling equipment, and Coles had no clear answers.

"That's harder to do than this (energy modeling)," he said. "You get more opinions."

While liquid cooling has been deployed in supercomputing facilities and evaluated by webscale companies, it has started to make inroads inside more traditional data centers as well.

Asetek is certainly going after that market segment, and publicly available data on total cost of ownership with its equipment could boost the gear's appeal. The company was showing Cisco, Cray and Hewlett-Packard prototype servers packed with hot-water cooling systems at its exhibition booth, and it has previously shown a similar configuration with a Fujitsu server.

Indeed, commercially available products from such original-equipment manufacturers could increase adoption of liquid cooling, Coles said after his presentation. 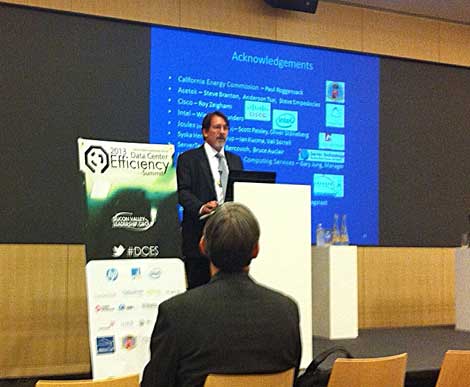