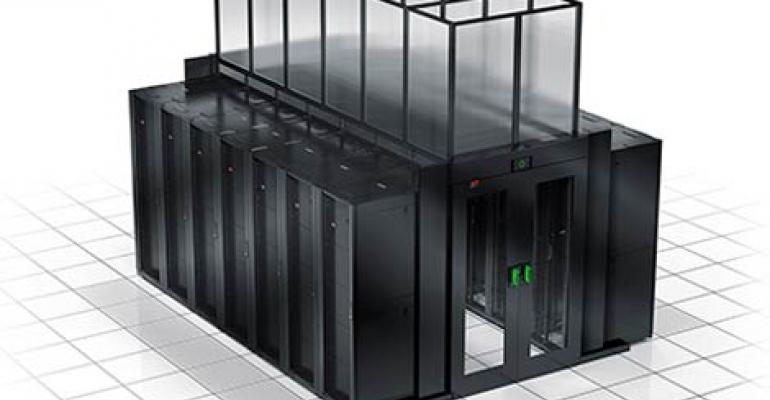 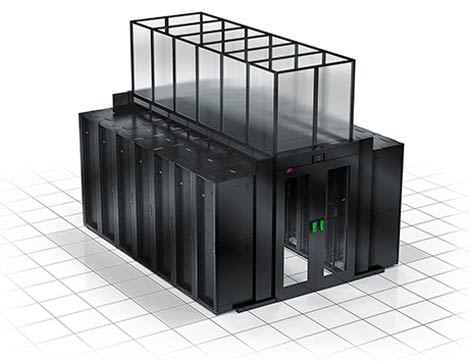 Aisle containment is one of the most popular tools for saving energy in the data center. This week Schneider Electric added another entry in the containment market with the launch of EcoAisle, an "intelligent" containment system that supports both hot and cold aisle containment.

Aisle containment has been one of the major success stories in the effort to make data centers more energy efficient. By separating cool supply air and warm exhaust air, containment strategies allow users to slash the amount of airflow and energy needed to keep servers running.

With its new entry, Schneider is combining its cabinet hardware with automation software to gain maximum control over airflow, and thus maximum energy savings. The EcoAisle system features Active Flow Control, which monitors airflow balance between the cooling system and IT equipment and automatically adjusts the cooling system fan speed. Schneider says this can result in up to a 50 percent reduction in fan energy usage over conventional cooling systems.

Additionally, EcoAisle provides a safe and efficient environment for IT equipment and personnel with a fire safe system that detects thermal events and provides full access to sprinklers at the room level, as well as safe slide doors that allow quick exit in case of emergency. The system also features high efficiency LED lighting with motion detection, proxy card security access, and more.

Ceiling containment systems create a barrier between the sprinklers in the ceiling of the room, which creates a challenge in the event of a fire or thermal event in the aisle. Local fire codes typically require that sprinkler heads be dropped through the ceiling panels of a containment system, or that the ceiling containment panels be removed. The EcoAisle system will detect a thermal event when the temperature rises, sound an alarm (visible and audible) and then drop the ceiling panels from their usual position, allowing full access to the aisle of the sprinklers at the room level.

“Cooling is a significant operational cost in the data center and can be a drain on resources for many organizations,” said Joe Capes, Business Development Director, Cooling, Schneider Electric IT Business. “EcoAisle offers energy savings through improved cooling capacity, increased flexibility to meet evolving and future needs of the organization as well as important safety features not found in other solutions. This new intelligent cooling system meets virtually all application needs, rack types and configurations for flexible and efficient deployment in a variety of operating conditions.”