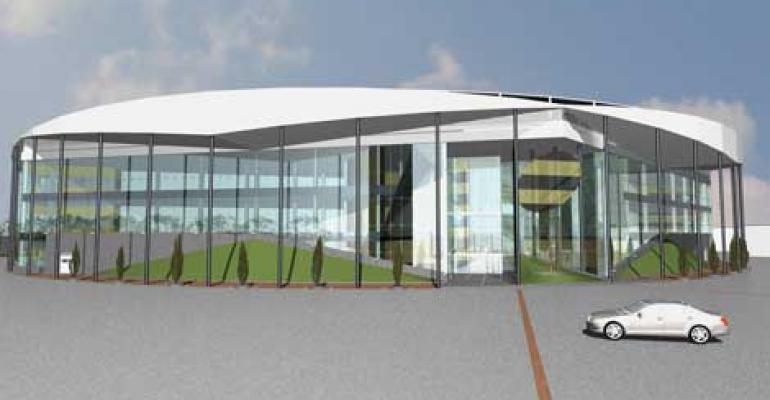 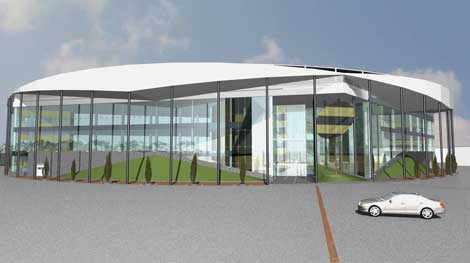 An illustration of a new modular data center planned by Russian telecom Vimpelcom, which will use modular technology from AST Modular.

Russian telecom company Vimpelcom has announced plans for a large scale modular cloud data center in the Yaroslavl region of Russia, with modular components supplied by AST Modular, the companies said. The data center will consist of 6 modular customized rooms covering 3,000 square meters (about 33,000 square feet), with modules accommodating up to 1,200 racks of equipment. Delivery of the  first module is set for early 2013

This is the first modular data center for Vimpelcom and will complement a portfolio of 16 "brick and mortar" facilities which cover a total area of 17,000 square meters (183,000 square feet) split across Moscow, the Far East, Siberia, the Urals and the Volga region. The new data center will use AST Modular’s Natural Free Cooling technology with an expected cooling PUE of 1.09. NFC will allow Vimpelcom to dramatically reduce energy consumption and achieve great levels of security and reliability by avoiding airflow contamination.

AST Modular is working together with its Russian partner LANIT to deliver the project. "We are pioneering a new era in building data centers in Russia," said Henry Daunert, CEO of AST Modular. "Our modular datacenter solution is scalable, environmentally friendly and it reduces time-to-market. Modularity looks like one of the most promising approach in the field of high-tech data centers in Russia today."