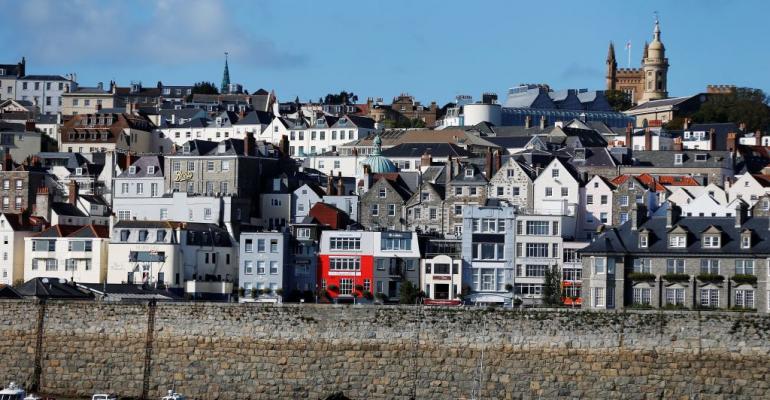 Guernsey Island Faces Down the Pandemic with New Data Centers

It’s the most challenging time to build data centers, let alone in a community living on a rock off the coast of France.

There has been almost no coronavirus on the island of Guernsey, a 25 square-mile British territory about 30 miles east of the French Province of Normandy. Its only second positive case was reported last Sunday. It’s the final resting place of at least a handful of Roman Imperial shipwrecks dating back to the First Century A.D. The British built 16 forts and 58 coastal batteries there to defend it from an invasion by Napoleon that never came. When the D-Day invasion took place in June 1944, the Allies cut off Guernsey and the other Channel Islands from the supply routes of their German occupiers, leaving Guernsey starved for supplies until a Red Cross relief ship arrived two days after Christmas.

Guernsey is a survivor, as steadfast and jagged-edged as the cliffs of Le Gouffre. It is a place where many of us, perhaps without knowing it explicitly, as we find ourselves trapped by wave after wave of senselessness dissolving of every aspect of the world we loved, imagine ourselves being instead.

It could really use a data center.

“There are a handful of services online, but very few,” said Shona Leavey, the head of IT services for the States of Guernsey. For those social services that are not online, she told us, the island’s 60,000 residents still have to “rock up” (the local phrase for heading downtown to fill out forms). To make a Social Security sickness benefit claim, for example, one has to acquire the necessary paperwork from the local doctor, then drive it to the Social Security office, attach it to the claim form, and deliver the final product to a clerk in-person during office hours. 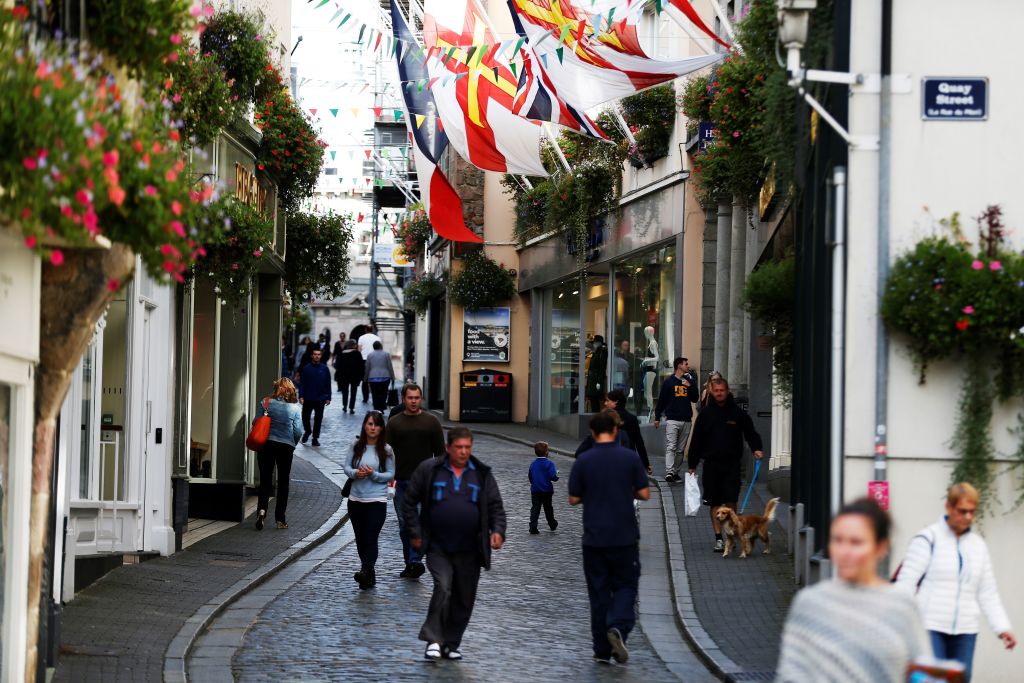 A walk along the high street on the island of Guernsey

“When you renew your driving license,” said Leavey, “you have to go to the office on the north end of the island and stand in a queue.” Show up at the license office on a Friday, she said, and you’re likely to share that queue with folks exchanging their car registrations.

All this on an island whose offices, until recently, closed up for the weekends on Thursday afternoons.

It’s a class of problem that one thinks might have been solved by a cloud service provider, or perhaps by a government data center on the British mainland. But Guernsey, like another one of the Channel Islands, Jersey, is a “crown dependency.” As Puerto Rico is to the US, Guernsey has its own autonomous government, officially part of the UK but not directly represented in Parliament.

Even though the island has been a champion of containing the virus physically, it’s more sensitive to the economic effects of its isolation. According to the CIA World Factbook, prior to the pandemic, Guernsey enjoyed an unemployment rate of as low as 1.2 percent. As of 2016, about 21 percent of the island’s employment and 32 percent of its total income came from financial services. (Crown dependencies have a reputation for being tax havens, where companies often register without employing many staff.) Tourism, while still a factor, was less and less a contributor to the island’s economy and certainly not a factor now. 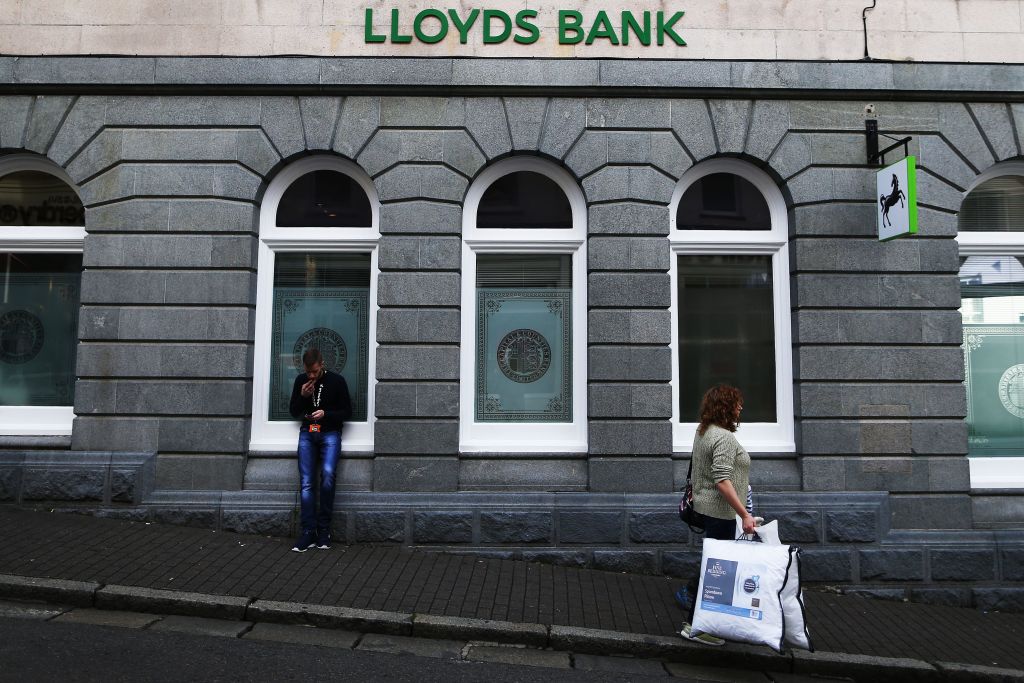 A woman walks past the British bank, Lloyds Bank, on the island of Guernsey

It’s financial services that are facing the brunt of the storm throughout Europe, with 86 percent of UK-listed companies in the sector issuing profit warnings this year. Wrote Sarah Graham, a media relations senior manager for analyst firm EY, last month, “As people’s jobs and finances are threatened by the pandemic, it is unsurprising that the banks, finance companies, and insurers are seeing a particularly high volume of profit warnings.”

So it was that Guernsey found itself petitioning to borrow up to £500 million, with up to £190 million just this year, from the island’s Core Investment Reserve, its rainy day fund, a figure its chief minister deputy called “eye-watering.” It’s part of an effort to forestall a general economic collapse of up to 75 percent, according to worst-case estimates.

Guernsey will be better able to pick itself up by its own bootstraps if it keeps its own workforce safe and healthy, and if it improves the quality of its own government services. This makes the data center project a critical need.

Up until 2000 the island’s sole electric power source was a single generating station. Now 90 percent of Guernsey’s power is delivered by an undersea cable from its nearest neighbor, France. Its main submarine data cables to the UK are over a decade old. In short, any long-term, reliable, resilient solution to the everyday needs of the citizens of Guernsey would have to be based on the island itself.

“This program is all about improving the infrastructure,” Leavey told DCK, “so we can start transforming those services, and so that people can do these things online.”

For its infrastructure modernization project, the States began a competitive tender process last year. The winning bidder in that process was Agilisys, a London-based cloud services specialist with a strong presence in the public sector. “The core aim of the of ten-year partnership agreement is to enable the transformation of public services through the introduction of new, more flexible ways of working for public sector employees and an improved customer experience for islanders accessing those services,” Sean Cowan, Guernsey’s head of digital, wrote in an email to DCK. “Agilisys has also committed to support the island’s economic development strategy by investing in a range of projects to stimulate the local digital economy.”

The local connectivity provider is JT Guernsey, which provides internet and wireless services to the island and is part of UK-based wireless and broadband provider JT Global. It’s with JT’s existing hosting services that Agilisys set up shop.

Climate has always been a factor in the island’s favor. Temperatures rarely exceed 80F in the summer and rarely fall below 40F in the winter. A day in the mid-60s could come any time of year.

As Agilisys’ director of IT transformation Colin Harvey told us, JT provided the environmental services and power. The States’ team couldn’t exactly choose the precise locations it might have wanted, but it was able to contract with local suppliers to construct two facilities that were as geographically dispersed as they could be, while still retaining connectivity with JT. 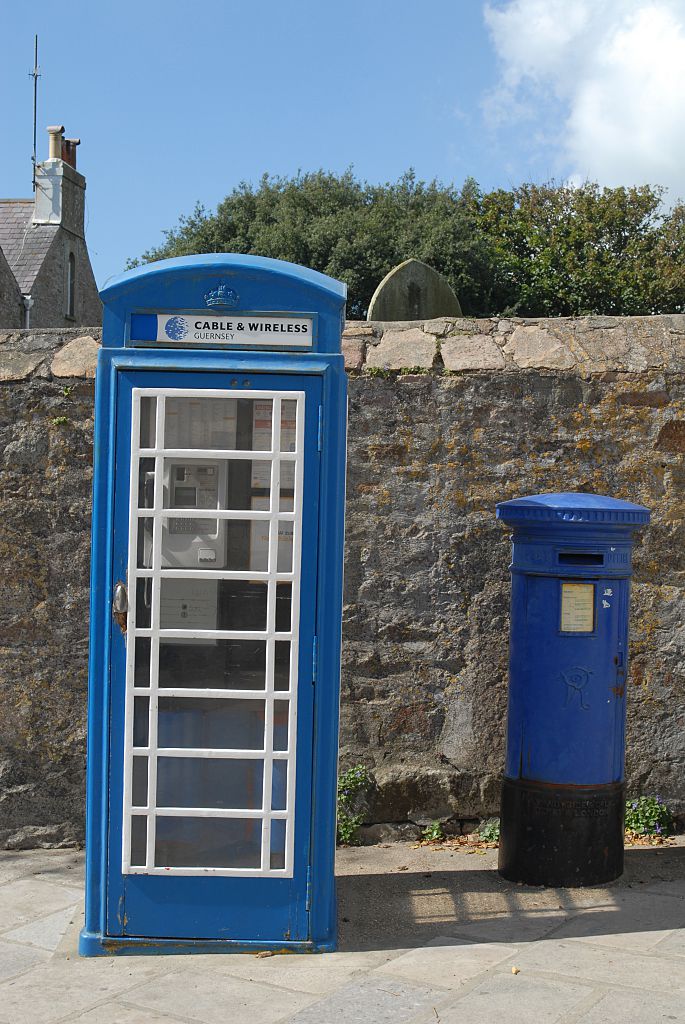 Telephone Box in St Anne on the Island of Alderney, part of the Bailiwick of Guernsey

Getting the equipment supplied was a long story — one that’s actually ongoing. As Cowan told us, “Guernsey has a vibrant local construction industry.” Regular shipping channels provide building materials from the UK, and in some cases, they can be airfreighted. Local construction labor is abundant, but for particular skills, the crew had to look outside the island.

Did we mention the pandemic? Guernsey had imposed an island-wide lockdown in March and began emerging from it in stages a few months afterward. The island resumed allowing limited public gatherings in May. Still, individuals traveling to Guernsey from anywhere in the world by air, boat, or car ferry must enter quarantine for a period from seven to 14 days. So even if a data center specialist could be flown in from Plymouth, she may as well be traveling by sailboat from Mumbai.

Then there was the server equipment itself. Because of the electricity situation on the island, said Harvey, there was a strict limit on how much power can be put through a rack. Last February, amid an upgrade process to the electrical cable, it was snagged and disconnected by a trawler, casting much of the island in darkness awhile. Diesel generators are onsite, but fuels and oils are all delivered to the island by way of just two tanker vessels: the Sarnia Cherie and Sarnia Liberty. Their operator, JamesCo 750 Limited, is one of four locally managed “trading companies” whose collective fear of capital expenditures, according to one local report, dates back 16 years.

So, 20kW racks are out of the question.

Dell Technologies and VxRail won the competitive tender for server equipment. Last June Dell announced it would resume incorporating AMD Epyc processors as an option and coupled that with the unveiling of its D Series platform.

Harvey cited VxRail’s hyperconvergence and small form factors as critical to its being integrated in Guernsey’s facilities.

The States’ software partner has been Microsoft, and the original plan was to work with independent service provider Calligo to deliver Azure Stack systems to the island. They would give local services access to Microsoft server software, such as Dynamics on Azure (formerly Dynamics 365), using the Azure Cloud portal without having to connect directly to Azure’s availability zones. Racks with VxRail servers already attached and Azure Stack already installed would be delivered, dropped in place, and switched on.

But the handling protocols for shipping these racks would not permit couriers to make the deliveries without having to quarantine themselves for two weeks each way. And insurance might not have covered the losses on account of the delayed journeys.

That left the only inbound route to Guernsey by “air link,” the propeller-driven commuter and cargo planes that land at Guernsey’s little airstrip. Here’s the problem: the Azure Stack rack with security and privacy appliances attached, but also enclosed in protective shipping crates, wouldn’t clear the cargo doors of these little turbo-prop planes.

“Now that the restrictions are starting to loosen a little bit,” said Harvey, “we found a way to get it onto the island using conventional ferries.” 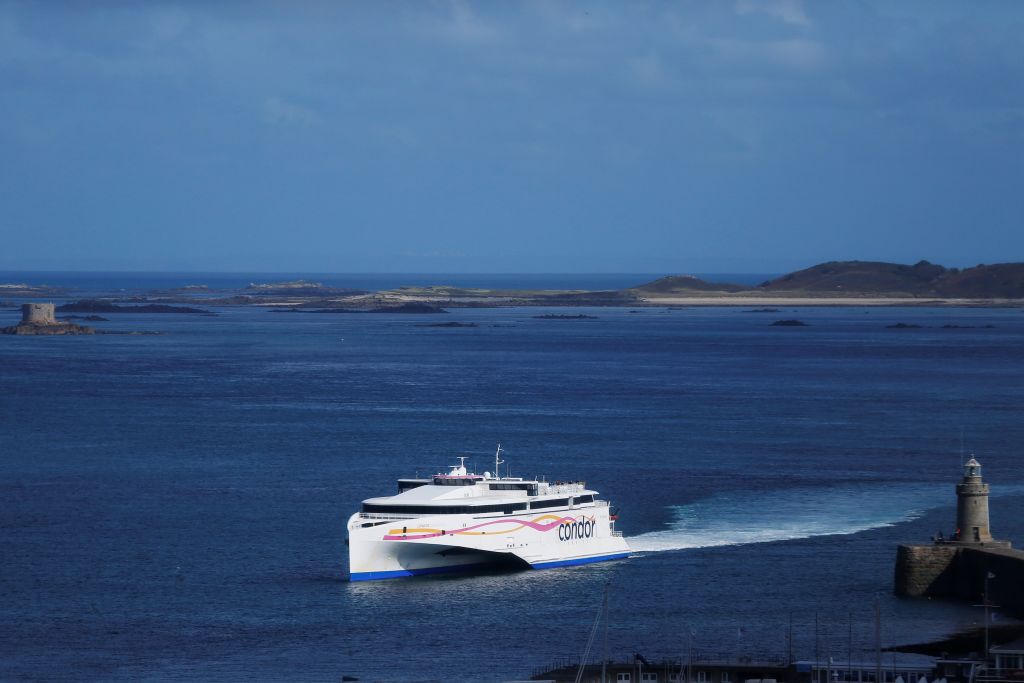 The condor ferry arrives at the island of Guernsey

Once the racks are online and functioning normally, the Agilisys team’s plan is to determine which applications it can appropriate from the Azure Stack, and which ones it may need to build itself, again using local labor. One of the States’ goals is to be able to provide some services for incubating new and local startup businesses. “We expect the VxRail to do the heavy lifting of most of the applications, the line-of-business application transformations, and also the new services around user experience and customer journeys.”

Once these experiences are changed and the pace of life picks up a bit, is there any possibility this could disturb the more deliberate, careful rhythm that attracted folks to the Channel Islands in the first place?

“In Guernsey, as anywhere, there is a real cross-section of opinion as to what the right pace of life is,” said Richard Hanrahan, Agilisys’s CEO. “There is an awful lot to be said for how proud the Guernsey people are of their island, and how much they love to enjoy it.

“For the financial services and trust companies that may seek to establish themselves on Guernsey,” he went on, “to continue to want to do so, they need to be able to access services and applications and have infrastructure and connectivity that will enable them to continue to trade and function. It is vitally important that we provide a world-class environment for those organizations and the people who lead them to operate.”

Shona Leavey has lived on Guernsey for 32 years.  “As a resident,” she told us, “I find it frustrating having to go into an office or fill in forms to update my addresses for seven or eight different service areas instead of going online and doing that once. I think generally the island feels that now. And they want that change to happen.”

The pace of life on Guernsey may be relaxed. But now it has a chance of keeping up with the rest of the world. The island’s International Poetry Competition will continue on schedule, and the winning entry will be read next May 12. At the rate Guernsey is speeding up, perhaps the ceremony will be live-streamed.