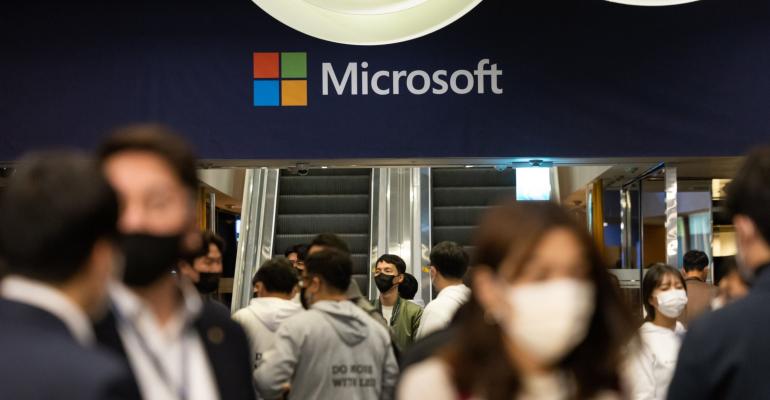 The investment bank forecasts cloud computing overall is entering a maturation that will slow growth from that sector for companies such as Microsoft, AWS, Google, and Oracle.

(Bloomberg) -- Microsoft Corp. shares fell to their lowest level since November after UBS Group AG downgraded the stock, amplifying concern about the company’s cloud-computing business, for years a key driver of revenue.

The stock fell as much as 5.7% on Wednesday, its biggest intraday decline since October. The tumble follows a 29% slide in 2022, the steepest annual slump for the software giant since 2008, as the Federal Reserve ramped up borrowing costs to combat soaring inflation. 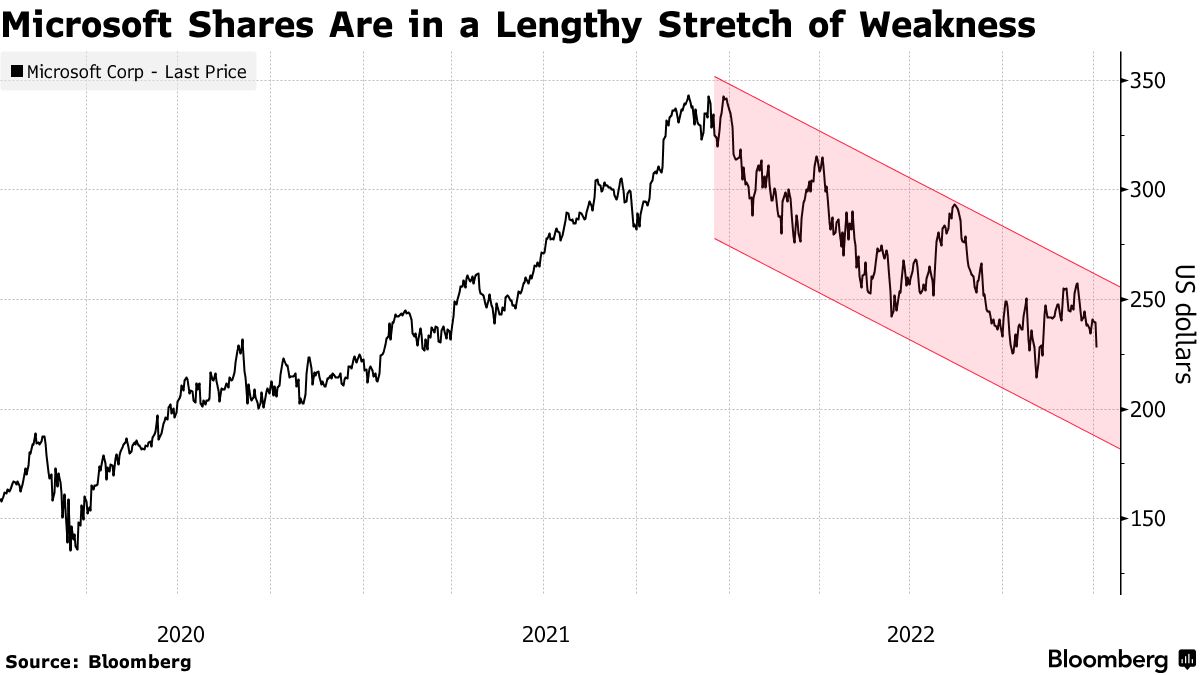 UBS wrote that Azure, the cloud computing business it described as the company’s growth engine, “is entering a steep growth deceleration that could prove to be worse in FY23/FY24 than investors are modeling.” The business “may be slowing due to maturation, not just a tough macro,” the bank wrote.

In Microsoft’s most recent quarterly results, released in October, the company gave a lackluster forecast for Azure sales growth, and analysts have been scaling back expectations. The consensus for adjusted 2023 earnings per share has dropped 5.6% in the past three months, while the view for revenue is down 3.7%, data compiled by Bloomberg show.

Tech stocks came under broad pressure last year as the Fed’s policy tightening weighed on multiples. Now the growing threat of a recession is underscoring concern about a slowdown in business spending.

Also on Wednesday, enterprise software company Salesforce Inc. said it would cut about 8,000 jobs and shrink its real estate footprint as its corporate customers have become more cautious with spending.

Microsoft and Salesforce are among businesses that pivoted to remote work during the pandemic, spurring a boom in demand for PCs and cloud applications like collaboration software. But the pace of that growth has proven impossible to maintain as economic growth has slowed.

Despite such concerns, Microsoft remains a consensus favorite on Wall Street, as more than 90% of analysts tracked by Bloomberg recommend buying the stock, and none have a sell rating.

While the average analyst price target has declined about 11% since the end of September, to around $293, it still implies upside of nearly 30% from current levels.