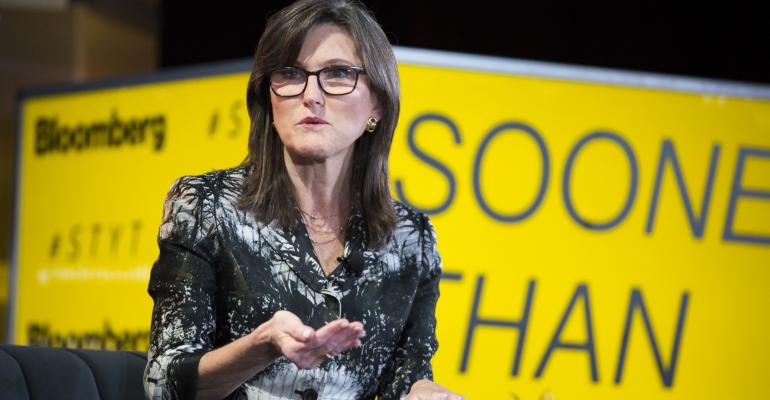 A major tech investment firm seems to hold Nvidia’s fortunes in its hands. Ark Investment Management LLC reported a sell-off of 167,914 shares of Nvidia shares before end of trading Friday.

This comes just ahead of the firm’s Nov. 17 earnings report. Ark, led by CEO Cathie Wood, made a similar move prior to Nvidia’s last quarterly earnings report, according to reporting by Bloomberg News, and Nvidia reported a $1 billion shortfall of Wall Street estimates.

Nvidia isn’t alone. Intel, Samsung, and AMD have all limped along with varying degrees of declines during 2022, although, AMD has seen a ray of light by beating analysts’ predictions in Q3 thanks to the strong performance of the firm’s data center unit. AMD holds its data center conference this Thursday where CEO Lisa Su will reveal key insights about the firm’s direction data center chips.

Ark appears to be prescient and controlling of Nvidia’s fate re: stock performance. When Nvidia was mired in a two-year low for its stock performance in September, Ark bought 400,000 shares and saw the firm’s stock price jump 26%, according to Bloomberg.

In this environment, Nvidia faces an uphill battle, as the firm’s data center offerings leaned more on digital twin technology that some industry analysts believe are metaverse-inspired versions of DCIM offerings that have long been in existence. Could this lack of core innovation targeted at data centers be at the heart of Ark’s move away from Nvidia?

While almost all chip manufacturers struggle to figure out this tumultuous market of Fed interest rate adjustments, persistent political unrest affecting supply chains (looking at you, China and Taiwan), and the specter of global recession, AMD could hold a ray of light and a path forward for the firms that stand between data centers and the constant demand for more speed, processing power, and storage.