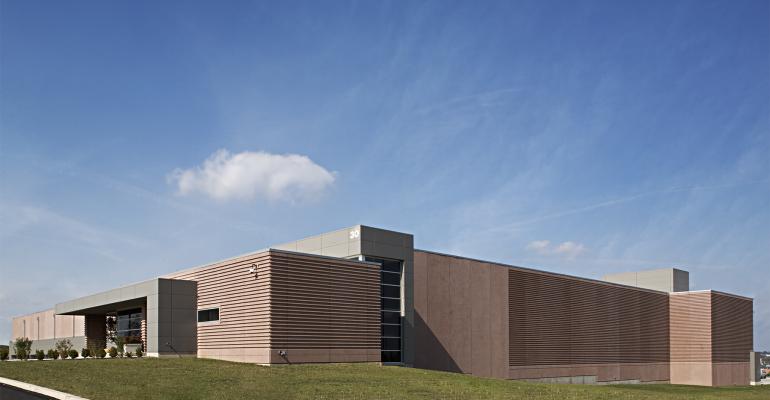 DCK Investor Edge: Charlotte North Carolina-based Flexential (formerly Peak 10 and ViaWest) was created in June 2017 by the merger of the two regional data center operators. It has been a fruitful two years for Flexential CEO Chris Downie since he took over the reins at Peak 10 in September 2016 with a mandate to take Peak 10 to the "next level."

During a recent interview, Downie told Data Center Knowledge that a task for Flexential will be to penetrate national accounts which previously could not be served by either Via West or Peak 10 independently. Notably, the scale created by the Flexential combination already is on par with some of the publicly traded REITs. Downie shared that Flexential has annual revenues of ~$500 million – already putting it ahead of some publicly traded data center operators.

Related: Flexential Goes After Hyperscale Clients But Not After Hyper-Scale Deals

The expansion by hyperscale customers in secondary markets is helping to drive demand. The largest public cloud and SaaS providers are seeking to deploy storage and compute closer to the end-users. This implies a need for fast and secure private connections to AWS, Azure/Office 365, Google Cloud, as well as other providers. 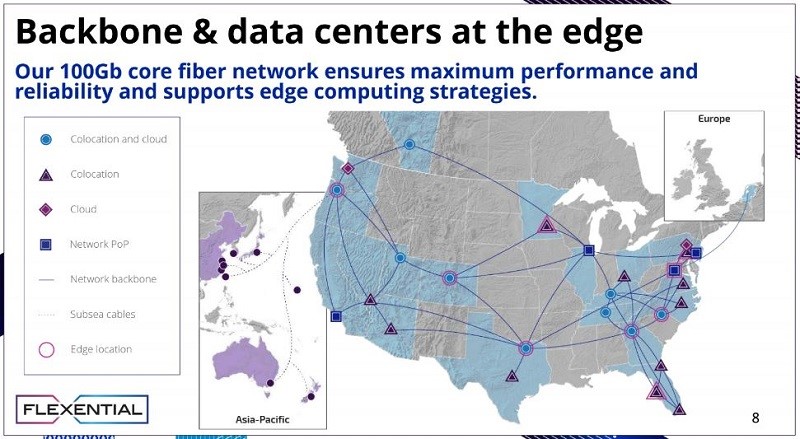 Utilizing its North American 100 Gbps network backbone, Flexential now offers full-service, single-hop connections to customers. The Flexential network architecture has been designed to be upgradable to 400 Gbps in the future, Downie said.

Most recently, Flexential announced the opening of Charlotte-IX, the first peering exchange in Charlotte, N.C. In Charlotte, Flexential delivers peering fabric for the initiative, while Ninja-IX provides the switching infrastructure. The Flexential network backbone and connectivity is provided through partnerships which include: Megaport, PacketFabric, Century Link and Zayo.

In April, long-time Equinix CEO Steve Smith joined GI Partners and now serves on the Flexential board of directors. It would be hard to find a more knowledgeable industry veteran to help steer Flexential on a profitable growth trajectory.

While at the helm at Equinix Smith oversaw the acquisition of over a dozen companies around the globe in addition to delivering impressive organic growth – predominately from existing customer expansions. Smith certainly appreciates the power of what a national or global network can offer customers. In addition to helping to mold strategic initiatives, Smith can provide market intelligence and C-Suite access to assist Flexential penetrate national accounts.

Flexential is a portfolio company owned by San Francisco-based GI Partners, a private firm that oversees $16 billion of capital. Today, a gaggle of institutional investors, sovereign wealth funds and private equity firms are scrambling to get a toe-hold in the lucrative data center industry. In addition to billions of dollars of private capital flowing from new industry players, there are publicly traded companies like Iron Mountain which have accelerated capital deployment in data centers.

Notably, prior to joining Peak 10 as CEO in September 2016, Downie had been CEO of connectivity-focused Telx – another former GI Partners portfolio company. Telx was purchased by private equity firms ABRY Partners and Berkshire Partners LLC in 2011. Telx was subsequently acquired by Digital Realty in 2015, as the foundation of Digital's pivot toward connectivity and interconnection.

In addition to Flexential's national footprint and enhanced connectivity offerings, the company offers a suite of cloud and managed services. In 2016, Peak 10 had ~2,600 customers mainly located in the Southeast markets in the U.S. After the merger with Via West, Flexential now has a national footprint of ~4,200 customers mainly located in secondary markets.

Related: TierPoint Now Has a Huge Rival in Secondary Markets

This naturally puts Flexential closer to the network edge than the publicly traded REITs and other data center operators focused on Tier 1 markets. 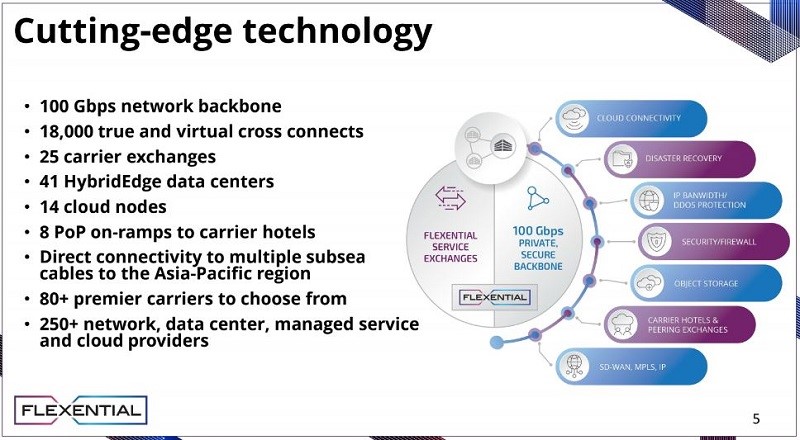 One advantage that Flexential may have is the ability to offer a complete suite of cloud and managed services. Many of Flexential customers are small and medium size businesses which lack the IT resources of Fortune 1000 Enterprises. The ability to upsell customers with connectivity and managed services in addition to space and power provides an opportunity for Flexential to grow margins and increase operating leverage.

Currently, there are no publicly traded REITs which mainly operate in secondary markets. It will be interesting to see if Flexential might become the first to test those IPO waters, as future 5G and IoT deployments will make the network edge even more important that it is today. The connectivity pedigree and C-Suite experience of both Downie and Smith could make for a very compelling offering.