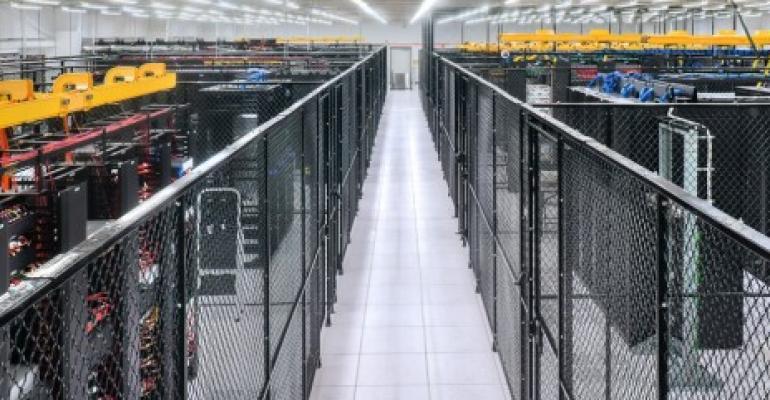 Chris Downie Makes His Next Move

In the second half of 2015, after Digital Realty Trust closed its $1.9 billion acquisition of Telx, Chris Downie, who’d been Telx’s chief executive until the deal closed, took some time off. He’d worked for the US colocation and interconnection heavyweight for close to nine years, first as president and CFO, and since 2013 as CEO, taking the helm after its prior chief executive, Eric Shepcaro, passed away.

Parting with Telx was bittersweet; the company had carved out a special place for itself in the interconnection-centered colocation market, where he saw things were still in the early innings. He had worked nine years on understanding the business, and the sale to Digital gave Downie a chance to think about what his next move would be.

It wasn’t all one long vacation. His understanding of the business was in demand, as Verizon and CenturyLink had been shopping their massive data center portfolios around, and Downie found himself consulting companies interested in buying those assets. He “helped people understand the opportunity there,” as he puts it.

He explored a variety of potential “situations” for himself, and eventually Peak 10 came up. The Charlotte-based data center provider’s owner, private equity firm GI Partners, was looking for a chief executive to take it to the next level, and a recruiter contacted Downie about the opportunity.

Downie knew GI; anybody who’s spent time in an executive role in the colocation business tends to, but he knew GI especially closely – he had already worked for them in the past. The San Francisco-based firm owned Telx for a portion of Downey’s time there. GI bought Peak 10 in 2014 and last year tapped Downie to take over for David Jones in the CEO role. After several months of due diligence on both sides, he signed an offer.

When he took over Peak 10, the company already had some scale: 15 facilities in 10 tier-two markets, all of them in the Southeast, and just shy of $200 million in annual revenue. GI charged Downie with scaling the platform to the national level, and he didn’t take long to deliver. Less than two months ago Peak 10 announced an agreement to acquire the Denver-based colocation company ViaWest from Canada’s Shaw Communications; the $1.67 billion deal is now closed, the companies announced today.

Not only does the deal make Peak 10 a national player, it makes it one of the two largest colocation providers in secondary data center markets across the country. The second one is TierPoint, and the two companies are now of similar size.

Born in Woonsocket, Rhode Island, and having lived in Brooklyn, Westchester, Manhattan, and New Jersey for most of his 48 years, Downie calls himself a “New York-area kid.” His parents divorced when he was young, and home was wherever his mother lived. He “didn’t necessarily start life with much in a way of resources,” he says. He had to work hard to get to where he is today.

After earning a bachelors in history from Dartmouth in 1991, Downie went to work on Wall Street, first as a financial analyst at Bear Stearns, and two years later as VP of investment banking at Daniels & Associates, an investment banking firm with a focus on media and communications. He worked on his MBA from NYU while at Daniels, and in 2000 landed his first C-level role, becoming CFO and senior VP at BroadStreet Communications, an early internet voice and data provider that went out of business as a result of the dot-com bust in 2001.

Downie says he watched cable grow as a vertical during his early investment-banking career and in subsequent roles. In the early 90s, when he started his career, cable was “a bunch of guys that had good ideas and a lot of money to wire up people’s homes.” Fast-forward to today, and many of them have generated a lot of value. He’s been inspired by a host of entrepreneurs in cable and cellular, he says, specifically pointing out the cable and media mogul John Malone.

Reading about Steve Jobs also had an impact. “That was a very dynamic situation, where a lot of innovation around product and product presentation led to a company that changed people’s perception of how fast things can move,” he says about Apple and its late founder and CEO.

In Downie’s view, the biggest opportunity for Peak 10 today is enterprise outsourcing. Like other service providers in the IT infrastructure outsourcing food chain – be they hyper-scale clouds, colocation companies, or managed service providers – Peak 10 is hoping to get a piece of what is potentially a huge and still largely untapped enterprise market.

“Fair minority of enterprises have really truly taken their IT infrastructure out from behind legacy firewalls and colocated in third-party environments,” Downie says. “There’s a whole lot of cost advantages to doing that.”

But it isn’t just about cost advantages. In some cases companies are “forced” to deploy infrastructure on the other side of their on-premises data center firewalls for business reasons, he says. Take some widely used Software-as-a-Service applications: Salesforce doesn’t have an on-premises version of its software; and if you don’t want to use it over the public internet, your choices are either buying direct connectivity to Salesforce from a carrier or going to a colocation facility where you can buy a private cross-connect between your network and the SaaS provider’s.

Building out the interconnection aspect is one of Downie’s big projects at the company, which he admits has been “a bit more passive and reactive with regards to building awareness of the connectivity resources it has.” Peak 10 certainly isn’t known for having an interconnection play that’s comparable to Telx’s or Equinix’s, but according to him, it’s more of a market-perception problem. (“The facilities have all the connectivity resources you need.”)

The concept of cloud services, technology infrastructure offered as a utility, has changed the world, but Downey isn’t worried that some other piece of innovation will come around and make the value proposition of the physical data center irrelevant. “The world is still very physical at the end of the day,” he says. Telx’s business was built around thousands of interconnects between companies’ networks, but those interconnects lived (and still do) in Telx data centers, relying on the essential, physical data center components: electricity, fiber, UPS systems, chillers, air handlers, generator fuel, etc. “That’s generally underappreciated,” when people talk about cloud.

Which is why Downie doesn’t let himself get distracted by the latest and greatest. “There’s a lot of hype; there’s a lot of innovation going on in and around these IT environments; and you can chase a lot of shiny objects, or you can make sure that you are evaluating things as they relate to your core competencies.”

Assets data center companies build have 20-year return profiles, and if you’re someone like him, you have to make decisions in that context. That’s true for his customers as well; he says you should be evaluating data centers and providers in that decades-long context and selecting providers who make the right investment decisions, informed by the long view. “As an operator, my biggest challenge is making sure I have capacity to meet demand where it’s most relevant.”