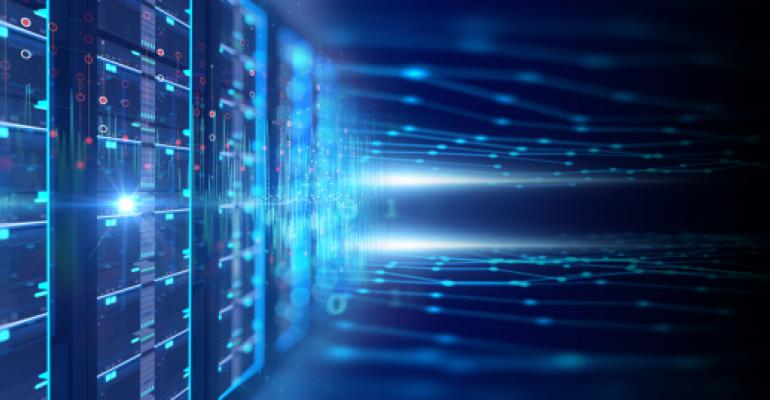 Scale-Out Data Centers: The Best is Yet to Come

Modern data centers are upending the benefits of hyperconverged infrastructure (HCI). Composable disaggregated infrastructure (CDI) is gaining traction but is not realizing its full potential due to bottlenecks in the critical path to and from the network. Fungible democratizes CDI through the invention of the Fungible DPU, realizing the holy grail of Fungible Data Centers.

The premise of scale-out data centers is compelling. Instead of building a few large, inflexible and expensive machines, you build a collection of light-weight, cheaper machines that work together to accomplish similar goals. The simplicity of these “commodity” machines (that comprise compute, network and storage resources in an all-in-a-box) enables infrastructure to scale flexibly and has been a determining factor in the successful adoption and proliferation of hyperconverged servers.

Yet, the requirements that are placed on modern data centers have completely polluted the simplicity and agility of the hyperconverged architecture. The reason is simple. Modern data centers are expected to host a variety of workloads. These workloads are different, necessitating different types and different amounts of resources. See Exhibit A: Amazon Elastic Compute Cloud (Amazon EC2). (sidebar: When you have to build an “explorer” tool to help your users navigate the sea of options, you know you have one too many options). Take a look at the number of server variants offered —  optimized for compute, memory, acceleration, storage, etc. and then, imagine the complexity of managing these server SKUs. Now, this may be a painful annoyance for a company like Amazon, but this is certainly untenable for everyone else.

The industry has been reasonably quick to respond. What if instead of hyperconverged servers with heterogeneous resources, we build disaggregated servers with homogeneous resources (i.e. servers with just CPUs, just GPUs, just FPGAs, just SSDs, just HDDs) that are physically disaggregated, but connected together over the network, forming a large pool of disaggregated resources, that can then be composed together using software to deliver the right resources to the applications in minutes? The industry called this evolution of scale-out architecture: composable disaggregated infrastructure or CDI. Finally, the holy grail of data centers — one where every resource can be fully utilized, flexibly allocated to applications on-demand - is well within reach! 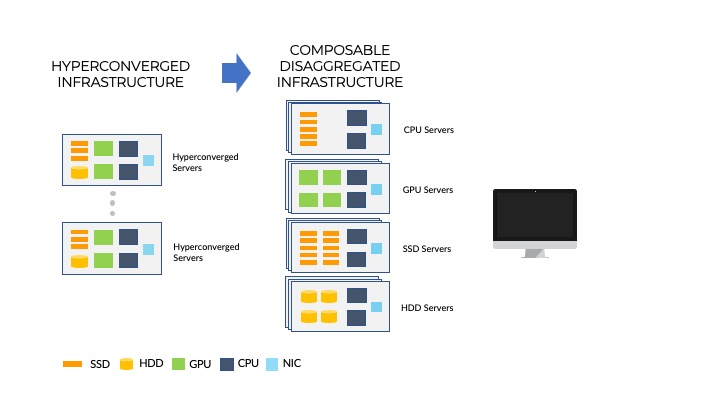 And certainly, CDI has gained traction with a growing number of believers. Infrastructure & Operations leaders focusing on modernizing their data centers are quick to recognize the compelling benefits this paradigm shift can bring - increased utilization with the pooling of resources, improved agility in addressing the unpredictable demands of modern workloads, and the overall simplification of infrastructure management. These benefits are far too important to be ignored in today’s environment where performance and cost pressures continue to mount. In fact, “according to the polling results of Gartner’s IT Infrastructure, Operations and Cloud Strategies (IOCS) Conference in December 2019, 43% of the audience will target composable as a stepping stone toward programmable infrastructure, while 21% see it as the solution to increasing hardware utilization. However, 18% consider it to be only hype.”*

The market research also indicates that the most common use cases of CDI include modern applications such as AI/ML, analytics, and bare-metal workload consolidation. These applications share several common characteristics. Firstly, they demand high performance, and low latencies, to shorten time to results and ultimately, to provide real-time results. Secondly, the size of the workloads is getting bigger, requiring more and more servers to do the job. Calling this class of applications Big and Fast Data is perhaps a disservice to the intensity of scale and speed. These applications demand a high performance, massively-scaled CDI. Can we achieve this today with existing solutions?

To realize the full potential of CDI, there are several fundamental bottlenecks that must first be addressed. Firstly, each server type, whether it is a CPU server, a GPU server, or a storage server must be allowed to operate at its peak efficiencies without being bottlenecked by another device in its path to and from the network. In short, these resources must become “super-charged” first-class citizens to the network. Secondly, the bottlenecks and inefficiencies plaguing the network fabric that interconnects these disaggregated servers must also be addressed, in a way that makes these virtually composed remote (over the network) resources appear local to the application. Thirdly, the entire infrastructure must be secure and reliable.

Unfortunately, most disaggregated servers today have CPUs and NICs in the critical path and neither are particularly adept at computations that process and move data efficiently, reliably, and securely amongst the servers. In other words, the CPUs and NICs weaken the performance and cost efficiencies of the resources stranded behind them. Realizing that the CPUs needed help, the industry started “offloading” computations from the CPUs to the NICs. While a number of efforts have been made to improve the status quo, to date, the industry has not developed a single unified solution that addresses data movement efficiently, reliably, and securely at a massive scale.

Fungible is addressing these challenges fundamentally and holistically through the invention of a new class of microprocessor called the Fungible Data Processing Unit or Fungible DPUTM - whose sole purpose is to ensure data is processed and moved from one server to another efficiently, reliably, and securely. Through a thoughtful architecture that is built from the ground up and employs tightly integrated software and hardware co-optimization, the Fungible DPU is able to confront these challenges head-on and deliver results that are in a class of its own.

The Fungible DPU enables the hyperdisaggregation of servers, the word hyper being used to delineate the ability to deliver “local”-like performance characteristics over the network at massive scale, while offering robust security and reliability of the overall infrastructure. These hyperdisaggregated servers are then re-composed by Fungible suite of software to deliver right-sized, just-in-time infrastructure to the application. 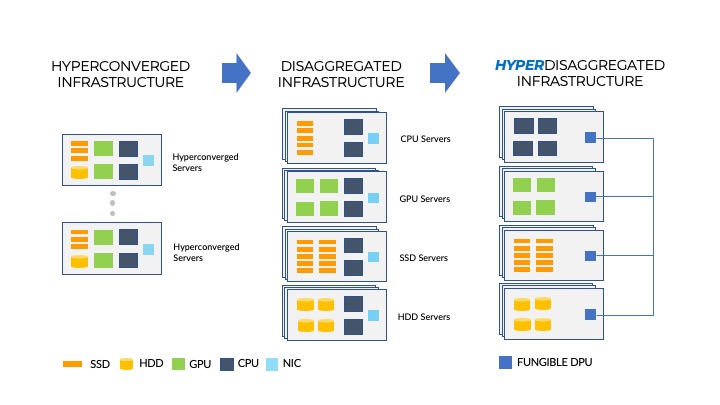 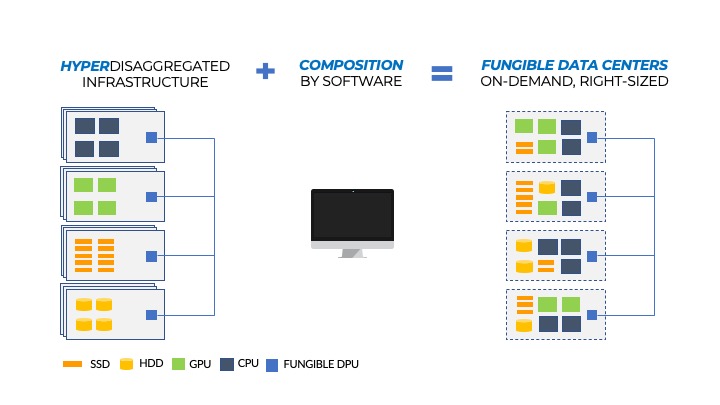 There is no doubt that in time, virtually all data centers, whether small, medium, or large, public or private, will be built using some form of composable, disaggregated architecture. And we are looking forward to them being Fungible Data Centers powered by the Fungible DPUs and Fungible software.