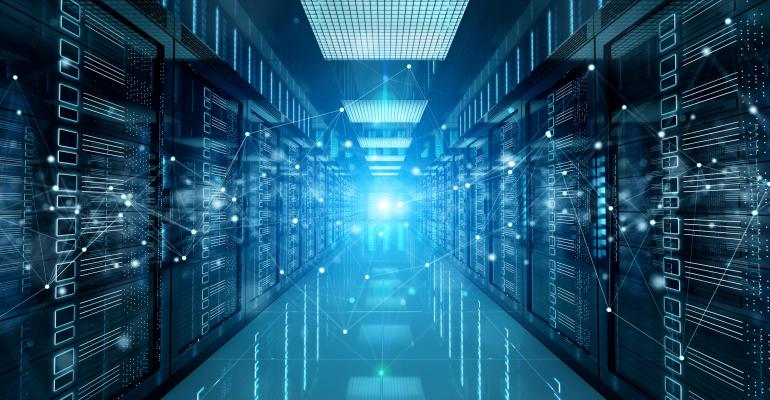 Rack Scale: From the Core to the Edge

Most current mainstream data centers are based on hundreds, sometimes thousands, of racks of independent server machines, each with its own processors, memory, storage, and other resources.

The challenge with this traditional approach is that the scalability and flexibility of the resources in the system are bound by the basic building block, the individual server.

Rack scale, on the other hand, aims to overcome the limitations of fixed resources in existing infrastructures, fundamentally changing how a data center is built, operates, and expands over time. The cabinet of infrastructure now becomes the building block within the datacenter. In principle, this enables data centers to become more economical, flexible, easier to manage and easier to scale out on demand, ultimately lowering capital and operational costs.

This disaggregation is also part of an evolution of compute, storage, switching and routing appliances from proprietary hardware towards decoupled, open components which are combined to form a complete rack scale solution.

This is being seen not only in large data centers, but also in diverse markets where enterprises and even retailers are migrating from the traditional approach of building on-premise racks with server/storage/networking building blocks toward a standardized rack scale architecture. Consider a large retailer with an IT footprint to rival any large enterprise, but the racks are located in thousands of stores and distribution centers around the country, as well as its own data centers. This distributed footprint means that each store is a mini data center. The retailer can take advantage of open standards, such as Open Compute Project (OCP), but adapted for the needs of edge computing rather than the core data center.

The migration to rack scale and open standards has implications for how these data processing entities are powered. Traditionally, data center racks have distributed electricity drawn from the facility to individual server/storage/networking elements where it would be converted to a voltage suitable for distribution within that appliance, usually 12 volts. This is then converted to the voltage needed by individual components in the appliance, such as processors, memory, or storage drives, by point-of-load dc-dc converters.

As Advanced Energy develops and drives market adoption of the next generation 48 volt power architecture, its OCP compliant platform is a key enabler in bringing interoperability, enhanced reliability of compute and storage applications and energy savings to hyperscale, enterprise data centers, and edge computing deployments.