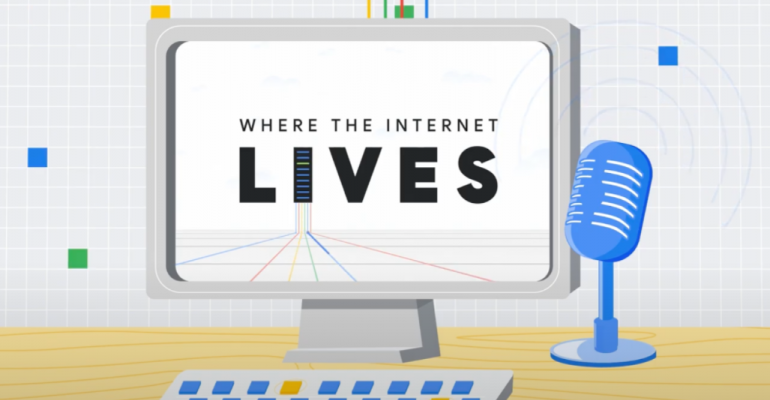 As an industry, it’s time we recognize the communities -- as well as the technologies -- that keep the digital economy running.

Listen to “Where the Internet Lives,” Google’s podcast about data centers.

It wasn’t too long ago that the world was scratching its head at the concept of the Internet. As we’ve grown to better understand how it works and what it does for us, we’ve also grown to rely on the connectivity it brings. The Internet has become such a pervasive part of our lives that people have stopped asking what it is, and now a new curiosity has emerged: Just where is the Internet -- and who are the people making sure it’s available 24/7?

These are the questions we set out to answer in Google’s recent podcast miniseries, Where the Internet Lives. In addition to the physical infrastructure and the technologies that make the Internet possible, the episodes focus on the people who keep our apps, websites, streaming content, and online meetings running. If the Internet lives somewhere, this podcast highlights the people and communities who sustain its operation. And for all our reliance on web apps to connect, learn, work, and play, very few people have a good understanding of what data centers are, or how they work.

If we’ve learned anything in the past year, apart from how resilient we can be when we stick together in the face of adversity, it’s that we depend on one another. Part of that dependence is a desire to share and hear stories, to humanize and understand each other’s experiences. And especially in the past year, when COVID-19 has prevented so many of us from seeing each other in person, the people who work at data centers have helped to keep the social fabric from fraying.

In the third podcast episode, titled “When the Data Center Came to Town,” Mayor Bubba Hughes of Bridgeport, Alabama, tells the story of the first Google data center built in his state. He’s joined by a group of Googlers and community leaders, all of whom speak to the relationship that has developed between the data center and the community.

As global head of economic and community development, I like to think of the Internet as the world’s largest bridge. It connects people, ideas, and stories across time and space. And like a bridge, the true value of a data center is more than the sum of its materials and technologies -- its value lies in the connections, relationships, and economic growth that it facilitates.

The fact is, data centers are homes to progress that transcends hardware. It is the people, as well as the technologies and infrastructure, who enable this progress. But in telling our stories, the data center industry has often missed the forest for the trees (or to make an industry-specific analogy, we’ve missed the campus for the servers). We too often have foregrounded technological advancements while ignoring the human ingenuity and collaboration that make these advancements possible.

Every time we build a new data center, we become part of an existing community -- and because data centers also bring new technologies, new sustainability practices, new jobs, and new contracts to local businesses, we often become a significant part of the community’s story as well.

As an industry, it’s important that we don’t just tell our own stories, but that we invite the communities in which we operate to share their stories as well. Because the more we listen, the more value we can bring. And community leaders know best what their  own communities need to flourish. By inviting data center communities to tell their own stories, we’re also learning valuable ways that we can further their goals and become a vital contributor to their economic and community endeavors.

The people and businesses around a data center are of the utmost importance to us as we strive to be good stewards of land and resources, to be a friendly and helpful neighbor, and an essential part of regional economic development and growth. We take pride in helping to connect the world by enabling people to share their ideas and stories with one another; but we never forget that to connect the world, first we must focus on local communities.