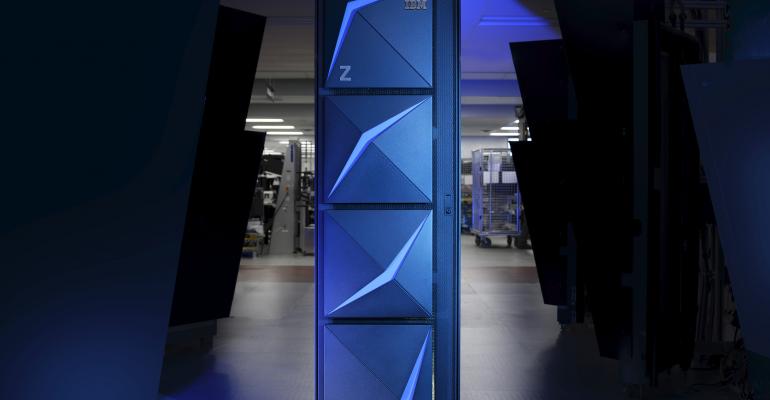 Wazi as-a-Service is the first developer environment of its kind.

IBM is planning to offer its experimental cloud-based mainframe application development and testing platform as a commercial service.

IBM says access to the service can be arranged in as little as six minutes, and it performs up to 15x faster than comparable x86 dev and test alternatives in its own cloud data centers.

Wazi aaS is expected to be generally available in the second half of 2022.

The announcement ties into the company’s wider mainframe modernization efforts that saw a launch of a dedicated online hub at the end of 2021.

“IBM recognizes that there is no one-size-fits-all approach to modernization,” said Tarun Chopra, Vice President, IBM Z Hybrid Cloud. "By leveraging both IBM Z and IBM Cloud, clients can benefit from a hybrid cloud approach that allows them to capitalize on the innovations, technical advancements, security, resiliency of each platform.”

Mainframes are a common sight in banking, insurance, and retail, thanks to their ability to efficiently process huge volumes of transactions, and their reputation for security and uptime.

In a 2021 BMC survey of more than 1,300 mainframe executives and technicians, 92% of respondents said they saw the mainframe as a platform for long-term growth and new workloads.

But in order to run those workloads, the mainframe has to change its ways. For most of its history, the architecture has been very rigid – which makes sense, when it has to be capable of running code written more than 50 years ago.

The evolution of the mainframe is well underway; in recent years these machines have embraced Linux, containerized workloads built with popular tools like Docker and RedHat’s OpenShift, and learned to interact with public cloud resources.

The latest step in IBM’s cloud-friendly strategy will enable developers to write code for mainframes and test it in a convenient, pay-as-you-go environment, without having to waste any of the physical mainframe’s valuable resources.

The virtual server instances are created with Wazi Image Builder and can be either preinstalled with popular software or fully customized to individual organizations’ requirements.

Wazi aaS presents a much more palatable alternative to IBM Z Development and Test Environment (ZD&T), which enables users to run mainframe applications on x86 PCs and servers – including public cloud servers from AWS and Microsoft – but is accompanied by a long disclaimer that states the software “cannot be used for production workloads of any kind, nor robust development workloads, production module builds, pre-production testing, stress testing, or performance testing.”

To understand just how revolutionary Wazi as-a-Service is, we can point to the fact that a single Personal Edition license for ZD&T costs upwards of $5,000.

“In the future, IBM intends to expand on IBM Wazi as-a-Service capabilities to provide a complete modern cloud native developer experience for IBM z/OS that would be consistent and familiar to all developers,” the company said in its statement of direction.