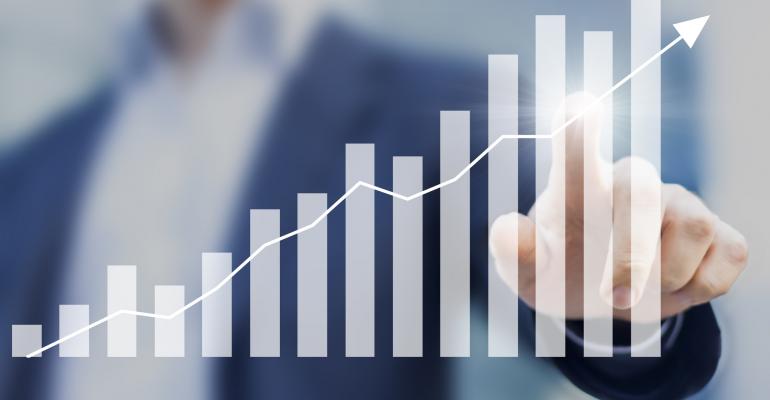 Open Compute Project Hardware Sales to Hit $46B by 2025

Open Compute Project hardware is poised to attract buyers from beyond the hyperscaler segment, including tier-2 cloud providers, telcos and enterprises.

A study from research firm Omdia estimates that the Open Compute Project (OCP) hardware market will grow 34% this year, from $16.1 billion in revenue in 2020 to $21.7 billion in 2021. Over the next four years, the market will more than double, reaching $46 billion in revenue by 2025, according to the study, released yesterday at the OCP Global Summit in San Jose, Calif.

Facebook launched the Open Compute Project Foundation in 2011 to design vendor-neutral specifications for an array of data center hardware, from servers and network switches to power and cooling equipment. OCP applies open source software concepts to the hardware space. To date, more than 280 companies have joined the collaborative effort to develop open, efficient and scalable data center hardware designs.

Hyperscale cloud companies are the primary buyers of OCP hardware, making up $15.4 billion of the $21.7 billion total OCP hardware sales in 2021. Those figures do not include purchases from companies that sit on the OCP Foundation board, such as Facebook, Microsoft, Google and Rackspace Technology.

“OCP has made impressive strides,” Galabov told Data Center Knowledge in an interview. “What’s interesting is that it’s not just the companies that started [OCP] that are buying. Our expectation for 2025 is that it’s going to be a lot of cloud service providers, communications service providers and … enterprises buying it.”

In fact, Open Compute Project hardware spending by tier 2 cloud providers has jumped 64% year over year, from $1.99 billion in 2020 to $3.2 billion in 2021. That spending is poised to increase to $8.1 billion by 2025, according to Omdia. Meanwhile, OCP hardware sales to communications service providers grew 76% over the past year, reaching $1.7 billion, and is expected to nearly quadruple to $6.6 billion by 2025.

The U.S. public sector has also shown strong interest in Open Compute Project hardware. Omdia predicts the education sector will nearly triple spending to $199 million by 2025, while government will increase its spending by 88% in that timeframe to reach $863 million.

Servers have and will continue to make up the bulk of Open Compute Project hardware sales, according to Omdia. In 2021, the server market will reach $15.4 billion, about 71% of overall revenue, followed by storage, which will reach $3 billion in revenue.

In other findings, 96% of the 271 enterprise IT buyers that Omdia surveyed for the study said they were familiar with the Open Compute Project. Seventy-six percent of those surveyed said they have tested OCP equipment. Of those that tested the technology, 90% deployed the technology into production, Galabov said.

The top four reasons for deploying Open Compute Project hardware include the following, the study found:

“What it does is enable the hardware industry to behave more like the software industry” and innovate faster, he said.  “If you think about how Kubernetes is developed, when a new release is launched, the whole software industry accepts it. Or, if there’s an issue, they work on it together.”