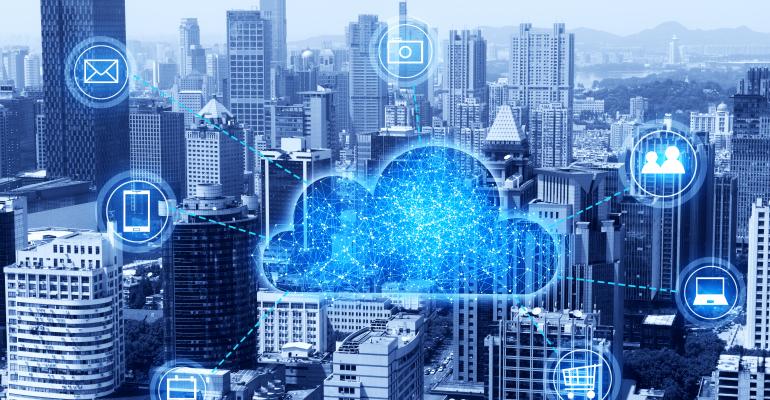 Why Tier 2 Cloud Providers Could Be Your No. 1 Choice

Tier 2 cloud providers may be a more viable choice as they continue to address Big 3 provider concerns.

For more than a decade, the cloud computing market has revolved around three names: Amazon Web Services (AWS), Microsoft Azure and Google Cloud Platform (GCP). These so-called Big 3 cloud providers controlled an outsize share of the cloud market. But the times they are a-changin’. Thanks to several key trends, the Big 3 clouds are coming under increasing pressure from the so-called tier 2 cloud vendors--platforms like IBM Cloud, Oracle Cloud and a variety of other names you may not even have heard of.

Here’s a look at how the cloud market is changing, and why tier 2 cloud providers may be a bigger deal in the next decade of cloud computing.

Related: The 'Other' Hybrid Cloud Providers: IBM, Oracle and Cisco

Perhaps the biggest driver of competition between the Big 3 clouds and tier 2 clouds is cost.

The exact cost of any cloud workload can vary widely, so it’s hard to argue that any one cloud is always going to be more cost-effective than another. However, you can argue pretty plausibly that, in general, platforms like AWS are likely to cost more than a tier 2 cloud. AWS’ services for things like data storage are more expensive than those from smaller providers like Wasabi and Backblaze, which specialize in storage alone. Likewise, providers like DigitalOcean (which is on its way to an IPO, signaling the growing market success of tier 2 cloud providers) and Linode also generally offer less expensive compute options than you’ll find at the Big 3 clouds, especially for smaller-scale workloads.

On top of this, the pricing schedules for Big 3 cloud providers tend to be hopelessly complex. That makes it hard to understand what you’re paying for and, by extension, to optimize costs. Tier 2 cloud providers that offer simpler fee structures--like basic per-gigabyte pricing for storage and per-month pricing for VM instances with data transfer fees built in--can be more attractive to companies looking to optimize cloud costs.

The need for help in deploying and managing cloud workloads is another factor driving the success of tier 2 clouds.

For the most part, the Big 3 clouds leave it up to their customers to figure out how to deploy and manage workloads running on their clouds. Even the services that the cloud vendors label as “managed services”--like AWS EKS and Azure AKS, the Kubernetes services on AWS and Azure, respectively--are really just some automation tooling that leaves most of the hard work up to users.

That’s fine for businesses that have the in-house expertise necessary to manage their own clouds. But smaller companies may be drawn to tier 2 cloud providers like Rackspace and IBM Cloud, which offer more in the way of hands-on managed services. These providers don’t do everything--users still must play an active role in managing cloud environments--but they offer services that go much further in helping businesses to migrate workloads to the cloud, and manage them once they are there, than do the Big 3 clouds.

Some businesses have reached the limits of what they can move to Big 3 clouds. They’ve migrated most of their workloads to a cloud like AWS or Azure, but they still have some legacy on-premises workloads left that can’t be moved to one of these clouds without a lot of refactoring.

That creates an opening for tier 2 cloud providers like Oracle, which can more easily lift-and-shift on-premises workloads (provided they were created with Oracle technology) into its cloud without requiring major refactoring. This is because vendors like Oracle have built cloud services that are essentially cloud-based versions of the on-prem technologies they have been offering for decades.

As more businesses look to get their remaining on-prem workloads into the cloud, they will likely turn to tier 2 cloud providers to help do it.

It’s pretty clear that Big 3 clouds like AWS and Azure (GCP may be an exception) have little interest in integrating their platforms with those of third parties. Their management, monitoring and security tooling works only within their own ecosystems. Even their hybrid cloud solutions-- like AWS Outposts and Azure Stack, which nominally provide customers with more flexible infrastructure that can extend to private data centers--still keep users married to their own clouds. (Azure Arc is an exception here because it will work with third-party cloud infrastructure.)

The tier 2 clouds generally don’t feature this degree of lock-in. They don’t expect customers to use their platforms alone; indeed, most of them don’t even offer complete cloud platforms. They focus just on IaaS or just on PaaS, without all of the management tooling that the Big 3 vendors have piled on top of their core cloud services.

For businesses wary of having their future tied to a specific cloud vendor, then, tier 2 cloud providers are appealing. And given the increasing scrutiny that cloud vendors like Amazon face over alleged anti-competitive practices, more and more businesses are likely to notice the lock-in risks that accompany some of the larger cloud platforms.

From cost concerns to the need for managed cloud services to lock-in fears and beyond, the Big 3 clouds don’t always do the greatest job of responding to customer demands. That has created an opening for tier 2 cloud providers, whose future has never seemed as bright as it does at the start of this new decade.