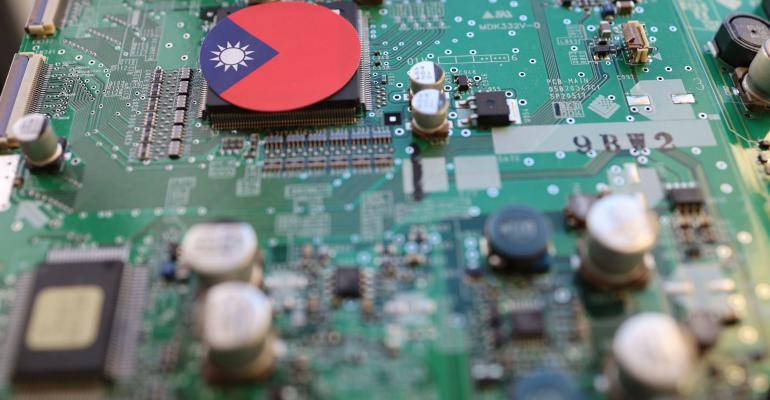 (Bloomberg) -- Taiwan’s exports of integrated circuit chips rose in 2022 for a seventh consecutive year, further solidifying the economy’s leadership status in a global semiconductor industry that has been roiled by US-China tensions and diversifying supply chains.

Exports of IC chips — which are pivotal components of electronic appliances, computers and smartphones — rose 18.4% from a year earlier, according to Taiwan’s Ministry of Finance. It was also the third straight year of double-digit growth.

Related: Taiwan Launches Its Own Chip Fab Incentives to Rival US Japan and EU

“We believe Taiwan is irreplaceable in the near-term in the semiconductor industry,” said Bum Ki Son, economist at Barclays Plc, in an email to Bloomberg News. The firm said efforts by others such as the US to bolster chips production won’t immediately have an effect on diminishing Taiwan’s importance. 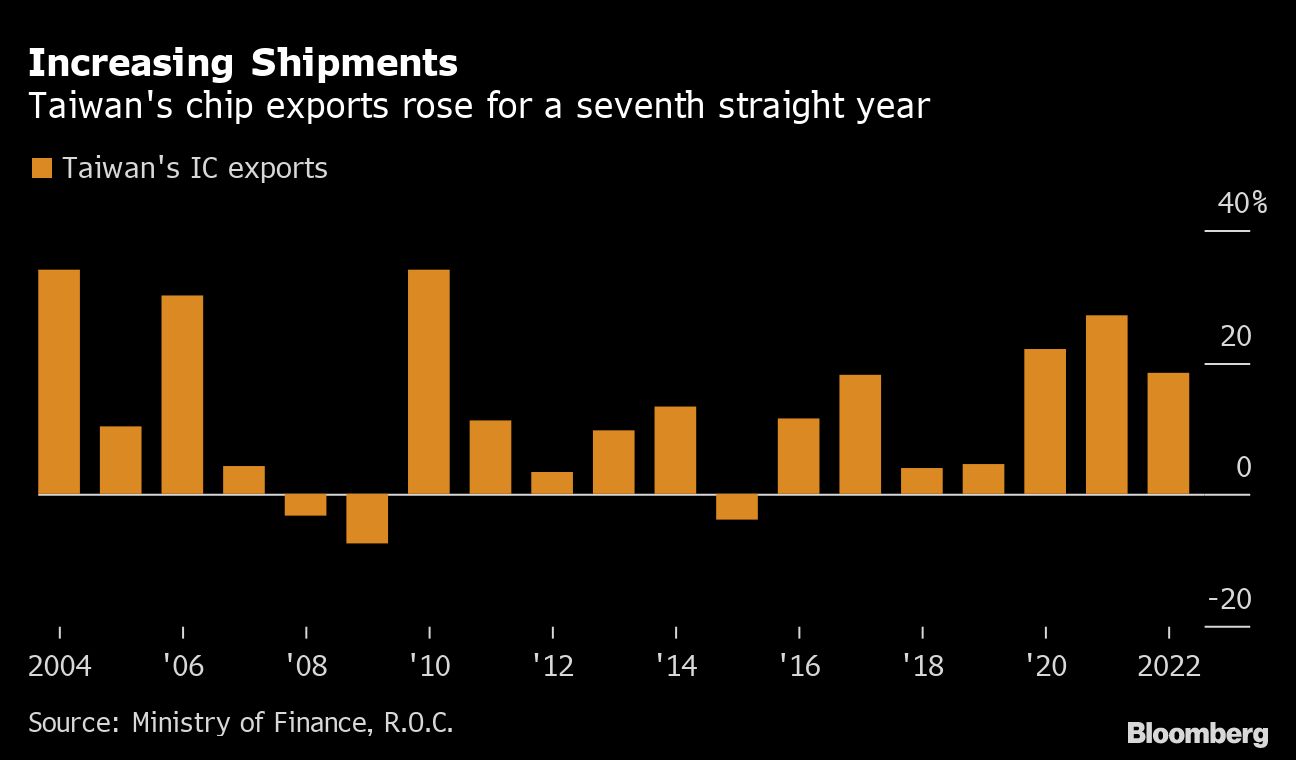 Taiwan’s significance in the industry rests on the output of giants like Taiwan Semiconductor Manufacturing Co., which has more than half of the market share in global semiconductor manufacturing, Son pointed out — especially in the manufacturing of the world’s most cutting-edge chips.

Global sales of semiconductors have driven exports for Taiwan during a time when global trade has been under immense pressure from a worldwide drop-off in demand.

Also keeping Taiwan important to places like the US are TSMC’s investment decisions, such as its landmark facility in Arizona, its first advanced chip plant in the US.

Barclays’ Son said the future of diversification in the industry will depend on where semiconductor fabrication plants are constructed. Son cited potential plans for TSMC to build plants in Singapore and Japan, a recent Intel Corp investment in Vietnam, and India plans from Foxconn and Vedanta Resources Ltd. as moves that may have lasting implications for the industry.

The outlook in the medium and long term is thus more “fluid,” Son said, “especially as US-China trade conflicts as well as Covid continue to underscore the vulnerability of concentrated supply chains.”