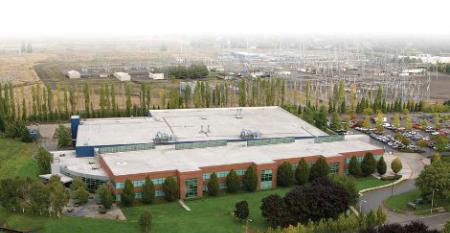 Infomart Exec: Automation is the New Assembly Line in the Channel
Nov 21, 2017
Sandy Thielamay of Infomart explains why he turned to Dropbox for inspiration when designing the data center provider's new channel program, how Henry Ford paved the way for automation, and why everyone focusing on their own self-interest is a...

DCK Exclusive – Infomart's Big Plans for Iconic Dallas Landmark
Apr 13, 2017
Dallas Infomart has the luxury to master plan its growth, but executing comes with a price tag -- as much as $500 million over the next five to ten years.

Fortune Gets $500,000 Award for Oregon Facility
Aug 29, 2012
Fortune Data Centers says the efficiency initiatives in its Oregon data center have will bring a $500,000 award from Energy Trust of Oregon.
Fortune Adds Zoosk As Customer in San Jose
May 16, 2012
Fortune Data Centers has added Zoosk as a customer at its San Jose, Calif. Data center facility, the compny said today. Zoosk, the romantic social network, will migrate from a retail colocation facility to Fortune’s wholesale data center.