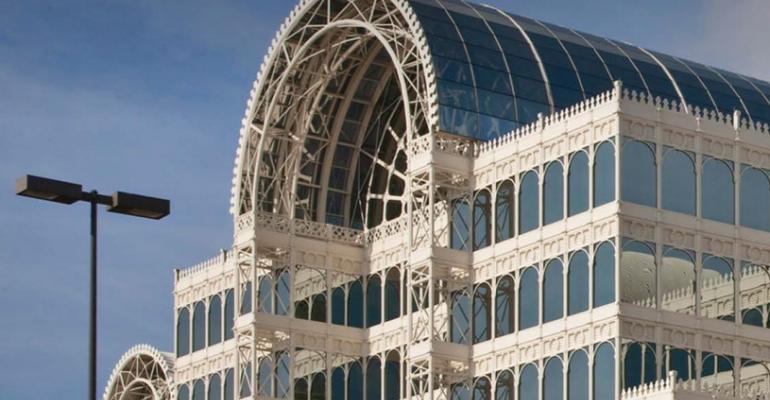 After several years of rapid consolidation, few independent data center providers of meaningful scale are left in North America, and Infomart Data Centers is one of them. It may not stay on that short list for much longer.

The company’s management and financial backers are exploring a sale, The Wall Street Journal reported Tuesday citing anonymous sources. Companies that have expressed interest in buying the wholesale data center landlord that operates one of North America’s primary network interconnection hubs include “private-equity firms, infrastructure investors, and strategic buyers,” according to the report.

Its interconnection hub, the carrier hotel called Infomart Dallas, is the only asset where the company provides retail colocation and interconnection services. It operates a network meet-me room in the facility, where it provides network cross-connects to tenants free of charge.

In its other locations – which include San Jose, California; Hillsboro, Oregon; and Sterling, Virginia – Infomart is a wholesale data center landlord, leasing large spaces and megawatts of power at a time. One of its most well-known tenants is the professional social network LinkedIn, whose servers occupy a facility in Hillsboro.

Besides money-men, the company’s assets would be a valuable addition to numerous data center providers’ portfolios.

San Francisco-based Digital Realty Trust, for example, has a mix of wholesale and retail colocation assets. Infomart’s Silicon Valley and Northern Virginia facilities would fit Digital Realty’s strategy to grow in primary data center markets, while the Dallas Infomart would substantially further its efforts to expand its retail colocation and interconnection play. While Hillsboro is not considered a Tier 1 market, it is an important location for wholesalers, and Digital already has presence there.

Other major data center REITS, such as QTS Realty Trust and CyrusOne, could also be evaluating the assets. They both provide a mix of wholesale, retail colocation, and interconnection services, and Infomart would be a good fit for both.

Equinix, the highly acquisitive colocation and interconnection giant, is not likely to be interested, although it shouldn’t be ruled out entirely. While Equinix does make occasional wholesale-like deals with large, strategically important clients, most of its strategic focus is on retail colocation and interconnection. The Dallas Infomart would be a valuable addition to Equinix’s portfolio – it’s already a tenant there – but charging cross-connect fees is an important part of its revenue base, making Infomart’s free-cross-connect policy problematic.

Potential suitors would also include Digital Bridge, an investor in data center and wireless infrastructure that has recently been acquiring data center providers (both retail and wholesale) and individual data center assets with some regularity.

Infomart Data Centers was formed in 2014, when its backer ASB Allegiance Real Estate Fund merged Fortune Data Centers and The Dallas Infomart, both of which it owned.