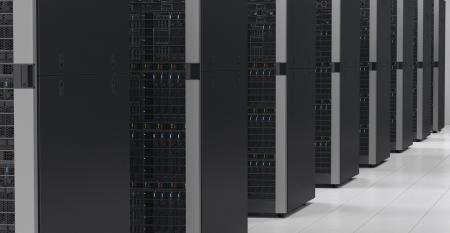 Dell Gets ‘Assertive’ About How Off-Prem Private Cloud Is Designed
Jan 04, 2021
The Data Center Podcast: Deepak Patil, head of Dell’s cloud business, on the giant’s strategy for delivering ‘everything-as-a-service’

Dell Joins AT&T to Move Edge Data Centers Wherever They Should Be
Aug 15, 2019
An extended partnership for Airship, which combines Kubernetes and OpenStack, could bring edge computing closer to the enterprise after all.

Can VMware Remain Cloud Switzerland Under Dell’s Control?
May 21, 2019
The company’s cloud CTO says the ‘Switzerland model’ is intact despite the recent optics.

Dell Has a New Cloud Strategy, but It’s Still an Infrastructure Vendor
May 02, 2019
In Las Vegas, the giant laid out a new hybrid cloud vision and products to support it. But is it transformative?

Dell Reports Rising Sales Before Vote on Stock Market Return
Nov 30, 2018
Recent milestones make it very likely that a majority of shareholders will approve the current offer to go public.