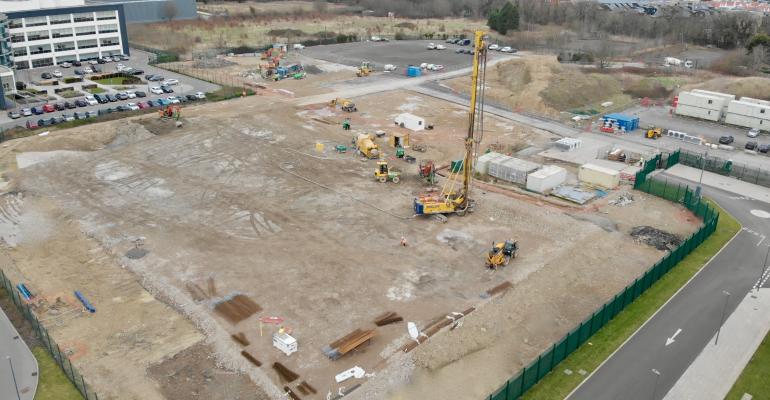 British colocation provider Kao Data has kicked off the expansion of its campus in Harlow, northeast of London, bringing another 10MW of capacity to Europe’s largest data center market.

Codenamed ‘KLON-02,’ the facility will eventually house nearly 1,800 racks of IT equipment across four data halls, powered by 100% renewable energy.

Both projects are fueled by a recent £130 million (~$176m) investment in Kao by global infrastructure business Infratil Limited.

Kao Data was established in 2014 to operate a network of hyperscale data centers on the edges of London. The company was named after Sir Charles Kao, the British electrical engineer who pioneered the use of optical fiber for telecommunications and once worked on the site of the Harlow campus.

In recent years, Kao has styled itself as a specialist in AI and high performance computing, focusing on hyperscale-inspired data halls built with concrete slab floors, without any columns, and supporting higher than average rack density.

The latest facility follows the same design principles, sporting OCP-Ready and DGX-Ready badges, guaranteeing PUE under 1.2, and featuring on-ramps to all of the major public cloud providers.

Last year, Kao became the first British data center operator to transition its facilities from diesel-powered backup generator sets to those powered by hydrotreated vegetable oil (HVO) fuel. The same novel gensets will be installed at the new building.

“KLON-02 will build on the award-winning design and build principles of our KLON-01 facility, offering greater efficiencies for our customers’ colocation environments,” said Paul Finch, COO at Kao Data. “It’s exciting to be able to continue to innovate within our construction, engineering, and technical principles, and I am confident our second facility at Harlow will raise the bar again for sustainable, energy efficient data centers.”