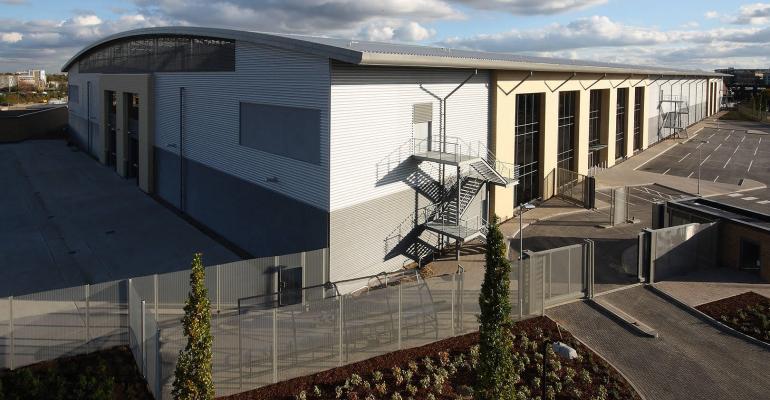 The facility, currently under construction, will be certified as Nvidia DGX-Ready and OCP-ready, and will be powered by 100% renewable energy.

Last year, Kao became the first British data center operator to transition its facilities from diesel-powered backup generator sets to those powered by hydrotreated vegetable oil (HVO) fuel. In line with this strategy, the new data center in Slough will feature gensets powered by HVO.

Kao Data was established in 2014 to operate a network of hyperscale data centers on the edges of London. The company was named after Sir Charles Kao, the British electrical engineer who pioneered the use of optical fiber for telecommunications and once worked on the site of Kao Data’s first campus in Harlow – now in its second phase of development.

Kao Data’s second campus is located in Northolt, and the facility is understood to be fully leased.

The third and latest data center is located in Slough, a satellite town that has gradually emerged as the data center capital of the UK. According to property specialist JLL, the total IT power of West London accounts for over half of total data center supply in the city.

“The launch of our new Slough data center offers data-intensive enterprises within the highly sought-after West London Availability Zone, the opportunity to benefit from significant new capacity, as well as the advantage of working with Kao Data’s award-winning, sustainable infrastructure and expert technical and operations teams,” said Lee Myall, CEO of Kao Data.

“With this move we are excited to be strengthening our data center footprint across the UK and establish ourselves within the world’s second largest data center hub.”

The company is "in the process of identifying and reviewing a number of other sites for expansion in the UK and Europe," a spokesperson told Data Center Knowledge.

In recent years, Kao has styled itself as a specialist in AI and high performance computing, focusing on OCP-ready data halls built with concrete slab floors, without any columns, and supporting higher than average rack density.

The move was widely seen as laying the groundwork for Nvidia’s $40bn acquisition of Arm; earlier this week, it was announced that the companies scuttled the deal, and Arm would consider an initial public offering instead.