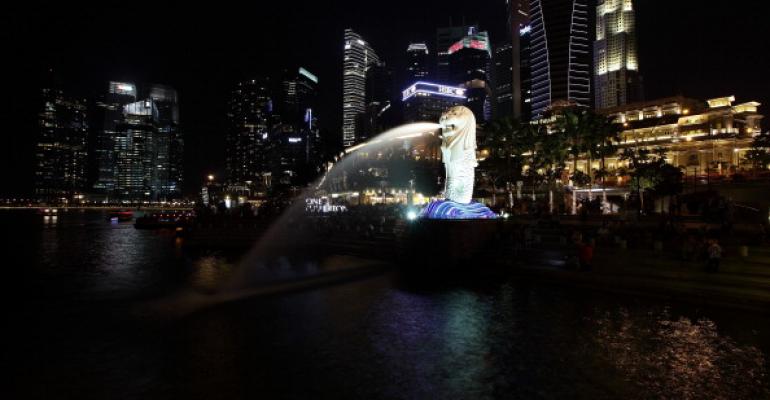 Together with the Denver-based private investment firm Mount Elbert Capital Partners and Canadian pension-fund manager OPTrust, GIC is investing $800 million of equity in EdgeCore, expecting to support about $2 billion in data center development and investment, the partners said in a statement released Wednesday.

Mount Elbert CEO Tom Ray, who until July 2016 served as CEO of the US data center heavyweight CoreSite, will lead the new company as its chairman and CEO.

“We are pleased and honored to join forces with GIC and OPTrust, which we view as two of the world’s most capable and sophisticated investors,” Ray said in a statement. “We are excited to execute upon our shared vision of creating a scalable North American data center platform, and we look forward to expanding with GIC and OPTrust as we work to grow EdgeCore Internet Real Estate beyond our initial rollout.”

Data centers have become extremely attractive for investors in recent years. Demand for data center space spiked around 2015 and has continued going up since, as giants like Microsoft, Alphabet’s Google, Apple, Facebook, Oracle, and Uber, among others, build out their hyper-scale cloud platforms.

Especially in the wholesale portion of the business, tenants with excellent credit sign long-term, high-rent leases for a lot of capacity. These deals are usually upward of 1MW, and often multiple megawatts per lease, anywhere from $120 to $180 per kilowatt per month.

Once the lease expires, it takes substantial investment by the tenant to move to a different provider or their own facility, so there’s a strong incentive to renew.

All these factors make for steady and predictable long-term returns for investors in data center builders and operators.

The company has zeroed in on land acquisitions in Mesa, Arizona; Dallas, Texas; and Reno, Nevada, expecting to close all three deals by the end of this quarter and commence data center construction. The plan is to build large: 100MW to 200MW of critical power at each campus.

EdgeCore expects to complete its first building toward the end of this year.

It said it will pursue land in three additional tier-one markets in the second quarter. Out of its initial three markets, Dallas is the only one that can be considered top-tier, making Northern Virginia, Silicon Valley, and Chicago the three most likely markets it’s targeting next.