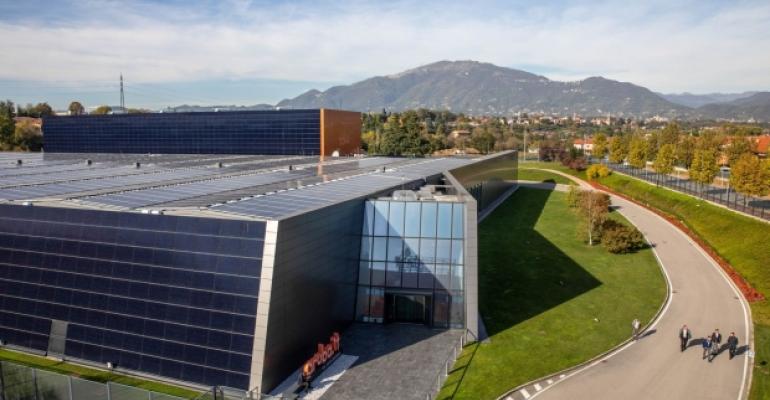 Data centers are booming around the world — and location is all important.

(Bloomberg) -- Bomb-proof buildings, biometric security passes and financial trading at the speed of light. Welcome to data centers, a booming global industry that's hosting more of the world's money, entertainment and energy use than ever.

In the foothills of the Italian Alps, one of Europe’s newest data hubs is a prime example of how these boxy buildings have become cornerstones of the economy. Since June, Euronext NV has facilitated a quarter of European equities trading in the former textile town of Ponte San Pietro.

Within the building’s 800-kilometer network of cables, banks such as Goldman Sachs Group Inc. and JPMorgan Chase & Co. shoot trading data at one another’s servers within 20 microseconds, or millionths of a second.

The data center is now handling average volumes of 13 billion euros ($13.7 billion) each day — roughly twice that of Deutsche Boerse AG or London Stock Exchange Group Plc, according to Stephane Boujnah, Euronext’s chief executive officer. These are trades that, before Brexit, took place in an equally imposing warehouse a few miles east of London. It took a little over a year to shift the operation to Italy.

The hydraulic circuits of the air conditioning system of the data rooms.

The new site, about an hour from Milan, is part of an industry that’s accelerating as firms digitize their services and daily life shifts online. Every time someone reads an email, streams a movie or reads a tweet, the chances are they passed through a building like this. Every time something happens on “the cloud,” it’s happening in someone’s data center.

Investments in the industry globally more than doubled in 2021 to $59.5 billion, according to research by the law firm DLA Piper, driven by the growth of firms such as Facebook parent Meta Platforms Inc., Google’s Alphabet Inc. and Microsoft Corp. Investment this year had already surged to $21.3 billion by June 7, doubling the record set last year. This demand is also firing up businesses that supply equipment to data centers, including chipmaker Nvidia Corp. and network specialist Cisco Systems Inc.

“There’s a massive explosion of content and all that has to be resided and stored somewhere,” said Dalmar Sheikh, director and global head of data center operations at infrastructure investor Actis. The firm has data centers in Nigeria and China and is building more in South Korea and across Africa. 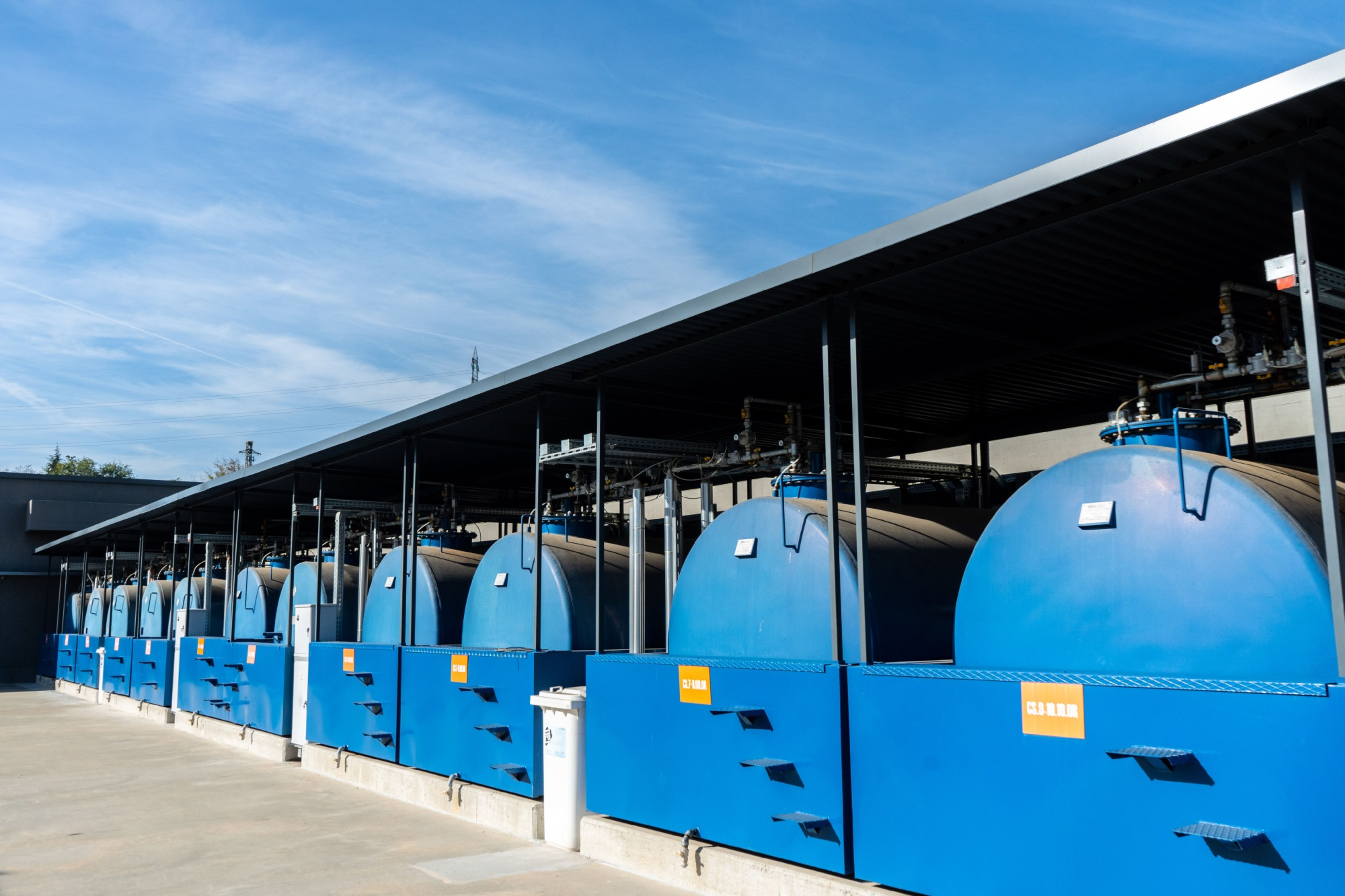 32 autonomous electricity generators and fuel storage to provide energy for 48 hours at full load without refueling.

For finance companies, the attraction of using data centers can lie in faster trading times — particularly if they can rent a spot in a data center close to its market counterparties, known as colocation. Firms that need huge computing power, such as payment processors or Bitcoin miners, can get greater flexibility from a data center than their own hardware.

To be sure, trading in data centers isn’t for everyone. Automated, high-speeds algorithms can distort the market, while fees for data and colocation services can be hugely expensive, said Chris Jackson, head of equities for EMEA at Liquidnet Europe Ltd., which operates dark pools where firms can trade more slowly and discreetly.

''We would argue that it has created a hostile market for legitimate long term institutional investors,” said Jackson.

Still, even for tasks that tolerate slower processing times, data centers are offering modern kit that, unlike firms’ own legacy servers running ancient code, allows them to outsource worries about maintenance and security. 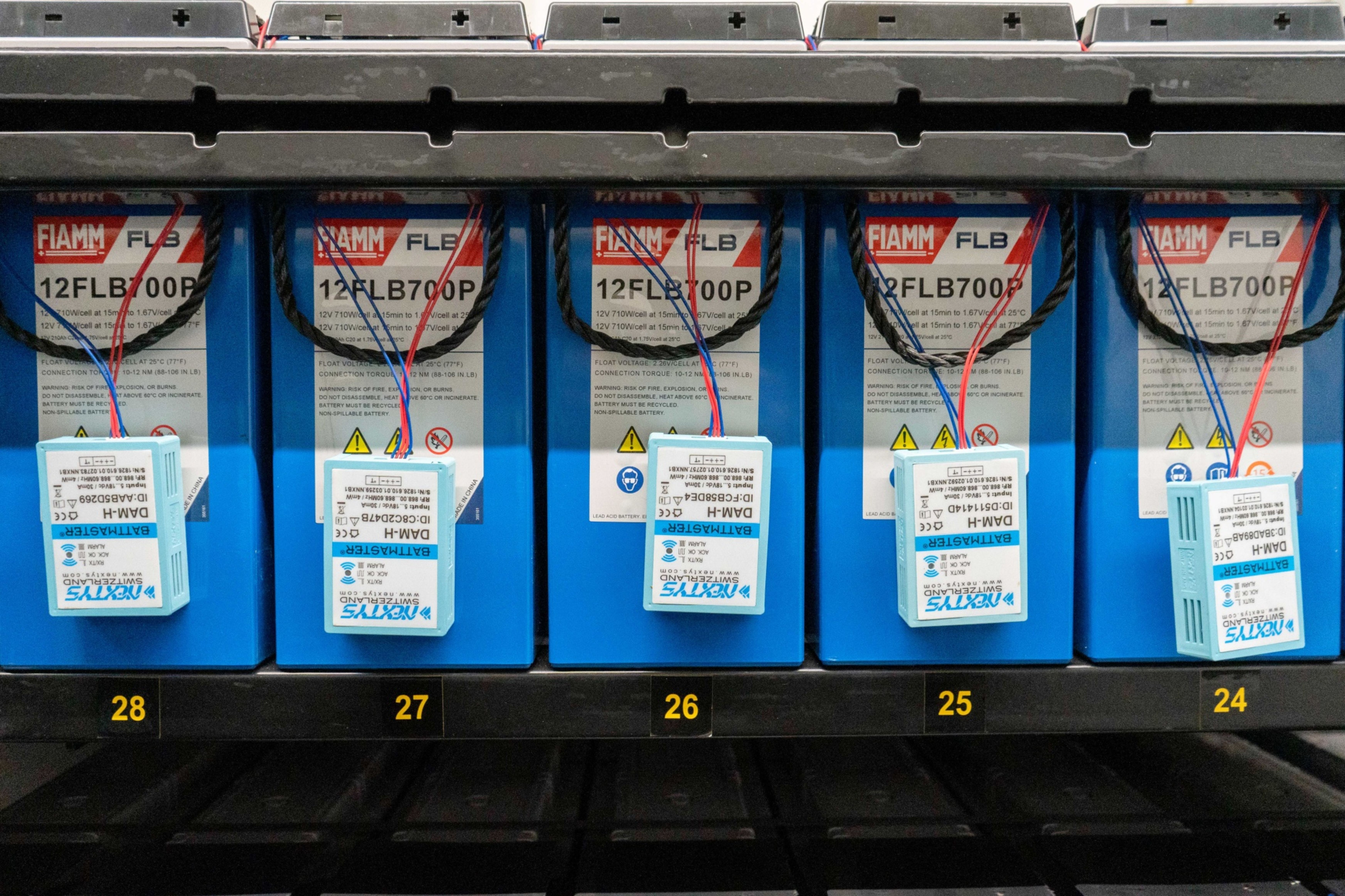 Batteries of the UPS units in the power center.

But, like trades on screens, these matters have to be managed somewhere in the real world. Growing concerns about energy usage in data centers have halted some projects in the Netherlands, where the government imposed a nine-month block on permits for sites larger than 10 hectares.

Centralized data centers are in theory safer against cyber security incidents, since they are protected by one specialist company, rather than by each business trying to run its own servers. However, “I wouldn’t use the word ‘safe.’ Nothing in this world is safe,” said Beatriz Sanz Saiz, EY global consulting data and analytics leader.

Euronext moved its hub to Italy partly due to Brexit, and relocated from Basildon, a town outside of London.

“Post-Brexit we wanted all data centers in the EU to have their core infrastructure in Europe,” said CEO Boujnah. “We didn’t know what the direction of travel was in the UK and didn’t want to take any regulatory risks.”

ICE’s data center is difficult to miss at 30,000 square meters, or four times the size of soccer pitch. Inside, banks trade fixed-income derivatives such as gilts and Euribor futures, with hundreds of fiber optic cables running west to London, south via the English channel to Europe, and under the Atlantic to New York.

“People who want to be in Basildon want premium access to the trading engine and to the data that is published locally, and there is nothing that provides faster access than colocation,” said Nicolas Bonnet, director of global connectivity product at ICE. 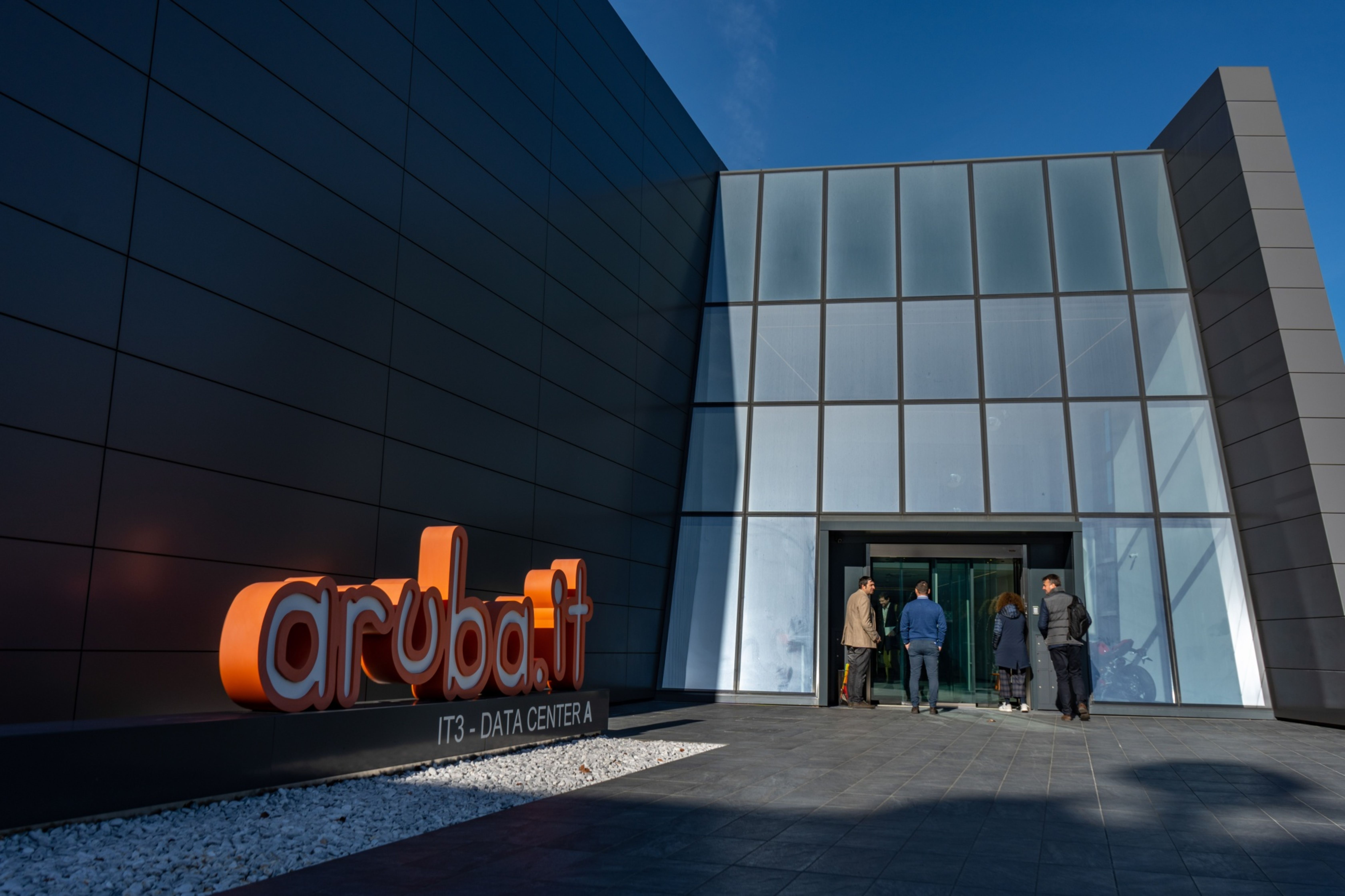 The Aruba SpA logo at the entrance of the Data Center A.

At Telehouse, a short distance from the O2 arena in the Docklands area of east London, vibration wire around the site alerts 24/7 security staff to intruders. Workers use biometric fingerprint recognition to enter key rooms, parts of the building are bomb-proof, and the firm works closely with police and counter-terrorism officials. The goal is to protect the data of clients including Amazon.com Inc. and Microsoft, whose servers are identified by code, rather than by their names, to lower the risk of data breaches.

“We are designed to operate and keep services running in many, many different failure scenarios,” said Paul Lewis, senior operations director at Telehouse Europe. “We don’t want people coming in who shouldn’t be here and there are a lot of checks and balances.”

Clients rent a space similar to a gym locker that’s connected via yellow cables. The activity in all these lockers can send the center’s temperature soaring toward 40 degrees Celsius, requiring Telehouse to run air cooling. There are enough backup generators and fuel supplies to keep the building running through a 36-hour blackout.

The hydraulic circuits of the air conditioning system of the data rooms.

Telehouse already operates five data centers in London and is planning to knock down a disused hotel next year to build a sixth, which could cost hundreds of millions of pounds.

One of the biggest concerns about the industry is its environmental impact. These buildings use 1% of global energy in 2021, according to the International Energy Agency, and in Ireland this has more than tripled to 14% since 2015. In Denmark it's projected to triple to 7% by 2025.

In Norway, data center operator Green Mountain cools one of its sites with water drawn from a nearby 150- meter-deep fjord. It’s also planning to take the newly heated water and pump it into a lobster farm being built on its site, according to marketing manager Mette Gulbrandsen.

Euronext says it may have another solution. The firm generates power from solar panels and hydroelectricity on the Brembo river that flows down from the Bergamo Alps.

In the meantime, the future of data centers is already changing. Sanz Saiz at EY predicts their role will be performed by cloud servers powered by renewable energy within the next five to 10 years. “The data that we are using today is a fraction of what we will use in the future, but there are new technologies coming,” she said. “The data centers that we know today will all be extinguished.”