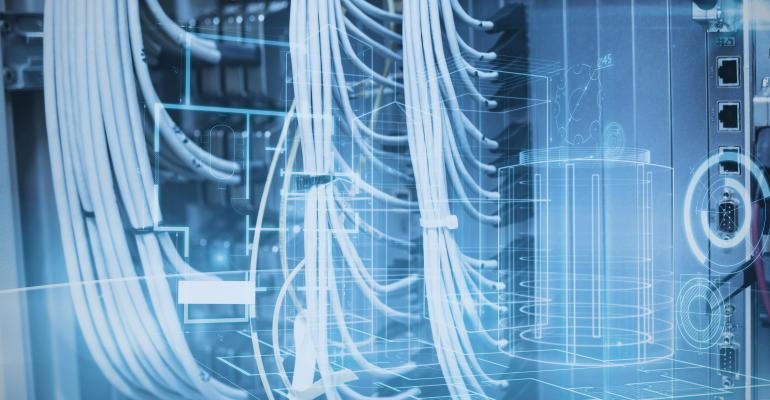 Economic challenges lead data center companies to select sites farther away from the locations where data is generated.

"No question this has been, and continues to be, an accelerating trend," said Omdia analyst Alan Howard. "India is a good example of a market that is maturing quickly, so what we see is global companies entering the market to capture that opportunity."

Related: Data Center Site Selection: Where to Next?

India’s information technology ministry has plans to offer incentives of up to almost $2 million under a national policy framework for data centers, and some local Indian state governments — including Maharashtra, Telangana, Karnataka, and Uttar Pradesh — are offering special incentives that include land subsidies and other concessions to boost data center investments, according to ICRA. In May, ratings agency ICRA announced the Indian data center industry is expected to see a five-fold increase in capacity in the next five years.

China is another hot market, according to Vladimir Galabov, head of the cloud and data center research practice at Omdia.

The largest data center projects expected to be completed this year and the first half of next year are in the Beijing area, he said.

"Another big expansion area continues to be Shanghai and the delta of the Yangtze River," he added.

He expects to see smaller cities around the big metropolitan areas to benefit from new trends in data center site selection.

"The proximity to the metropolitan area enables low latency connectivity for enterprises located in the city, while the real estate prices drive a better return for the data center operator," he said.

The main reason why data center providers are expanding beyond their traditional top markets is to satisfy existing demand in areas with limited real estate.

For example, he expects data center projects to accelerate in Malaysia and Indonesia due to land constraints in Singapore and Hong Kong, where many submarine cables land.

The same holds true for Europe.

"We expect the cloud and data center capacity in Italy, Poland, and Slovakia to grow several times in 2022 and 2023, as hyperscale cloud service providers build huge data centers," he said. "The three new EU hotspots will become net exporters of cloud services to Germany, France and other EU countries."

So it's no surprise that major global data center firms are eyeing these territories.

However, the opportunities in emerging markets don't come without their challenges.

For example, the war in Ukraine resulted in fallout for western companies operating in Russia and Belarus. But the geopolitical fallout created division elsewhere around the world, increasing risk.

Fortunately, data center companies have been aware of those particular risks and haven't made any substantial investments in Russia or Belarus.

According to Omdia's data center building tracker, of the 38 largest global cloud and colocation service providers, not even one owns and operates data centers in Russia, Belarus, or Ukraine.

In fact, big data center builders often ignore many countries that would normally be considered great locations for data centers, because of the potential for geopolitical risks.

Other service providers use local partners, or acquire existing companies.