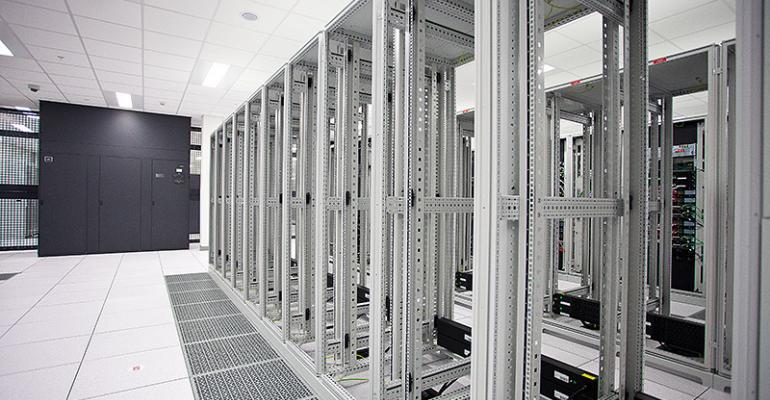 The company launched on the premise that colocation and cybersecurity would be a winning combo, so why the about-face?

Data center provider Cyxtera Technologies amputated the cybersecurity software business upon which it was founded just two years ago because it believed the firm would be worth more if broken up, the company's chief executive told DCK.

In the interim, Cyxtera recruited from government intelligence agencies and turned its AppGate cybersecurity software into one of the most highly commended tools on the market. It put the software into its data centers so that high-security government agencies and sensitive corporations would feel safe housing their computer systems in those facilities.

But the founders botched the launch and left the data center firm's finances in a worse state than when they acquired it, according to a report by the credit ratings agency Moody's.

The company went to the markets to raise money, but Moody's downgraded its credit rating. Its subsequent announcements of data center construction amounted to little more than capacity expansion at existing sites. It had­ the lowest investment in new builds of the top 15 data center operators in major European markets, according to data compiled by Cushman & Wakefield and analyzed by DCK.

When earlier this month Cyxtera leadership said they had split the firm, it seemed something had gone fundamentally wrong. But its freshly appointed CEO Nelson Fonseca told DCK that the management team had been under no pressure to break the company up.

The company announced Fonseca's appointment to the CEO role this week, replacing founding CEO Manny Medina, who was named Cyxtera's executive chairman. Fonseca was previously president and COO of the company, which hadn’t yet announced his promotion to chief exec at the time of our interview.

Asked whether the breakup was necessary because weakness in the colocation business had become a drag on the security business, Fonseca said, "That has nothing to do with it. That's not any reason why we spun out the cyber security business."

All that had changed since Cyxtera's launch was the prospects for each side of the business, which had become so unexpectedly great that the firm just had to be split to make the most of them, he said.

"I wouldn't say [the breakup] was necessary," Fonseca told DCK. "The market conditions were just right.

"[In] the financial markets, cybersecurity is so hot right now that we just have the ability to create even more value with the cybersecurity company separate," said Fonseca, who is also a partner at Medina Capital.

"When you see some of these cybersecurity companies that are going public and their valuations that are kind of through the roof, we felt the best way to create value for investors is to allow these two companies to be on their own," he said. "We're very, very excited about it."

The data center business is "also very hot," he said, but Cyxtera split more for the sake of AppGate, whose software is based on the "zero trust" concept, a relatively recent trend that's been taking off across the cybersecurity industry.

"Zero trust is the hottest right now," said Fonseca. "We're growing fast. So it just made sense from an investment perspective to spin it out."

Cyxtera was created after investors including Medina Capital and Longview Asset Management, bought 57 data centers from CenturyLink, a communications infrastructure firm and a large government contractor. But the deal went awry and lost money, according to an SEC filing by CenturyLink.

The data centers carried $294 million of debt. Cyxtera planned to pay it off with revenue from colocation sales by CenturyLink, which contracted to continue selling the data center resources as though they were its own. But sales flopped, and Cyxtera fought for two years just to get them back near the level they had been in 2016, when the firms agreed the asset sale, according to the aforementioned Moody's report.

Cyxtera had a strong network footprint and good prospects in a growing global market, said Moody's. But these positives were "offset" by weak revenue and profit, and large debts. It had an urgent need to invest capital to fund growth. Yet it faced intense competition and had “execution difficulties.” On top of that, its 57 data centers were underutilised. It would be two years before it turned a reasonable profit, the analysts concluded.

Cyxtera commissioned the Moody's report to raise the money it reportedly needed. Fonseca said he could not recall the details in the report.

Medina Capital believed AppGate would be worth more if spun off because it had been making high revenue on sales of its software, said Fonseca. He refused to cite numbers but said AppGate's prospects were illustrated by the high valuations the stock markets had been giving other zero-trust companies – the likes of Zscaler, Crowdstrike, and Palo Alto Networks.

"Look at some of these companies and their revenue multiples," he said, referring to the common metric market analysts use to assess companies that don't make any profit despite high sales.

Zscaler has been losing money ever since it floated on Nasdaq last year, yet the stock market deems it to be many times more valuable than most other companies. Its share value represents revenue multiples of about 19, when the average tech sector multiple is about four to five.

Software firms and real estate trusts typically make revenue multiples of about six. The average for large firms is about two. High-profile software and internet giants such as Microsoft, Facebook, and Netflix get between about nine and 15.

Crowdstrike, which floated in June, is on target to make $400 million in revenue this year, but the market values it 30 times that, despite ongoing losses. Palo Alto, an older company, has revenue multiples on a par with Microsoft, even though it reports losses year after year. All these companies make booming sales every year but only after spending much more on software development and marketing.

Fonseca said AppGate aspired to have that sort of valuation in "a year or two" but refused to say whether leadership planned to eventually take the software company public.

He also insisted that the spinoff was not in preparation to sell the data center business.

The management team will have put all Cyxtera's troubles behind it by the end of this year, Fonseca said. "It actually positions the data center company very well for future growth. These carveouts are always difficult. But we feel very confident."