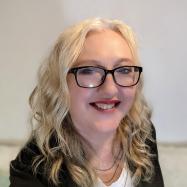 On-prem-as-a-Service Comes Into Its Own During Pandemic
Nov 22, 2021
With this approach, the hardware is owned by the service provider, so upfront capital expenses are replaced by operating expenses. Scaling up and down is easy. And the on-prem-as-a-service provider handles all the...

SolarWinds Hackers Step Up Attacks Against IT Services Firms
Nov 05, 2021
The Russian state actors behind last year’s SolarWinds attack have been targeting IT resellers and service providers since at least May, according to a Microsoft report.

Post-Pandemic, Data Centers Adapt to ‘New Normal’
Oct 27, 2021
Data center management has permanently changed as a result of the coronavirus pandemic. Read up on how data centers are evolving.

API Attacks, Breaches Piling Up
Oct 14, 2021
APIs have emerged as a major attack vector, with only 6% of companies reporting no API-related security issues in the past year, according to one report. Find out why API security is so problematic.

Paying Hackers’ Ransom Demands Is Getting Harder
Sep 26, 2021
The U.S. Treasury Department has sanctioned a cryptocurrency exchange for its role in facilitating ransomware payments and issued an advisory to private companies against making such payments.