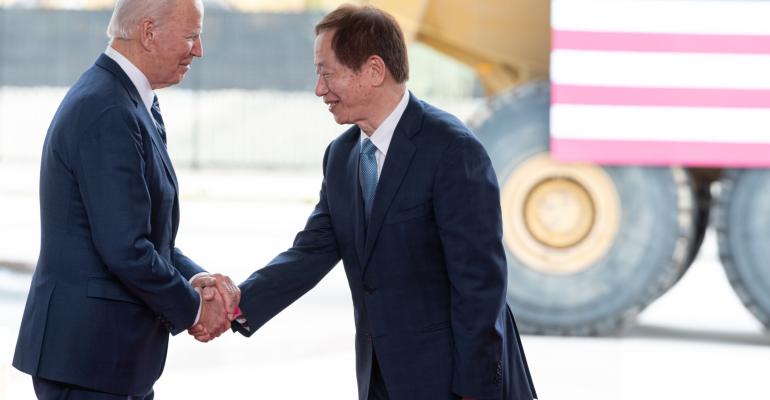 TSMC is set to boost investment in Arizona with a second facility. Apple and AMD will source advanced chips made by TSMC in the U.S.

(Bloomberg) -- President Joe Biden celebrated Taiwan Semiconductor Manufacturing Co.’s plans to increase its investments in Arizona to $40 billion and construct a second factory, with companies like Apple Inc. eager to source more chips from the US.

“These are the most advanced semiconductor chips on the planet. The chips will power iPhones and MacBooks,” Biden said during a visit to a $12 billion plant TSMC is already building in Phoenix. “Apple had to buy all the advanced chips from overseas. Now, they’re going to bring more of their supply chain here at home. It could be a game changer.”

TSMC’s plans are a showcase of the administration’s efforts to encourage companies to bring more chip manufacturing to the US and prevent a repeat of the supply disruptions over the last two years that cost companies hundreds of billions in sales. Biden received a tour of the site and delivered his remarks in front of a banner that read “A Future Made in America.”

Major customers have urged TSMC to build more advanced semiconductors in the US. Cook confirmed in remarks at the event that Apple would use chips sourced from Arizona. 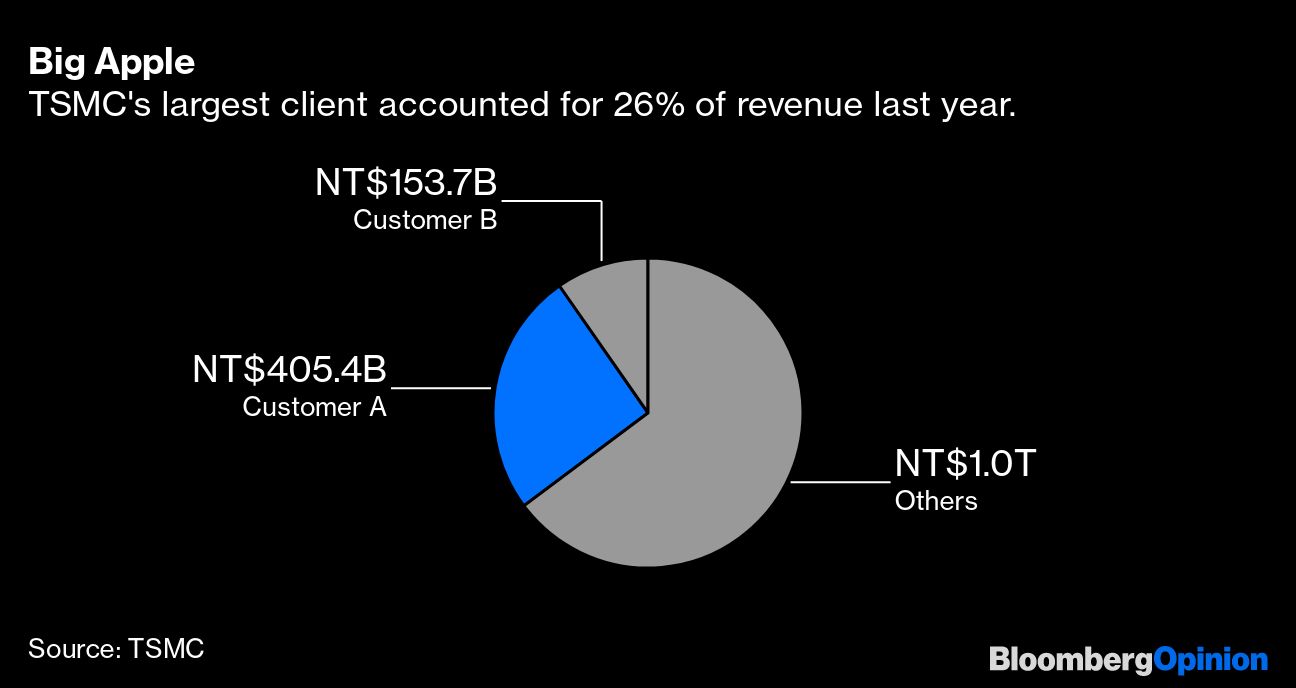 “The progress we’ve made with Apple silicon has transformed our devices,” Cook said. “Now, thanks to the hard work of so many people, these chips can be proudly stamped ‘Made in America.’”

AMD’s Su said her company would also source chips from the Arizona plants, calling the investments “critical for both the semiconductor industry and our extended ecosystem of partners and customers.” “AMD expects to be a significant user of the TSMC Arizona fabs and we look forward to building our highest performance chips in the United States,” Su said in a statement.

TSMC is likely to receive billions in subsidies from the Chips and Science Act, a measure Biden signed into law in August that offers about $50 billion in incentives for companies to produce semiconductors in the US.

“TSMC is committed to building a strong semiconductor manufacturing ecosystem in the United States,” Liu said at the ceremony.

The TSMC announcement provided a victory lap for Biden in a battleground state that helped him win the presidency in 2020 and where Democrats won narrow elections for governor and a US Senate seat in November’s midterms. Republican Governor Doug Ducey and Democratic Secretary of State Katie Hobbs, who is the governor-elect, attended the event. 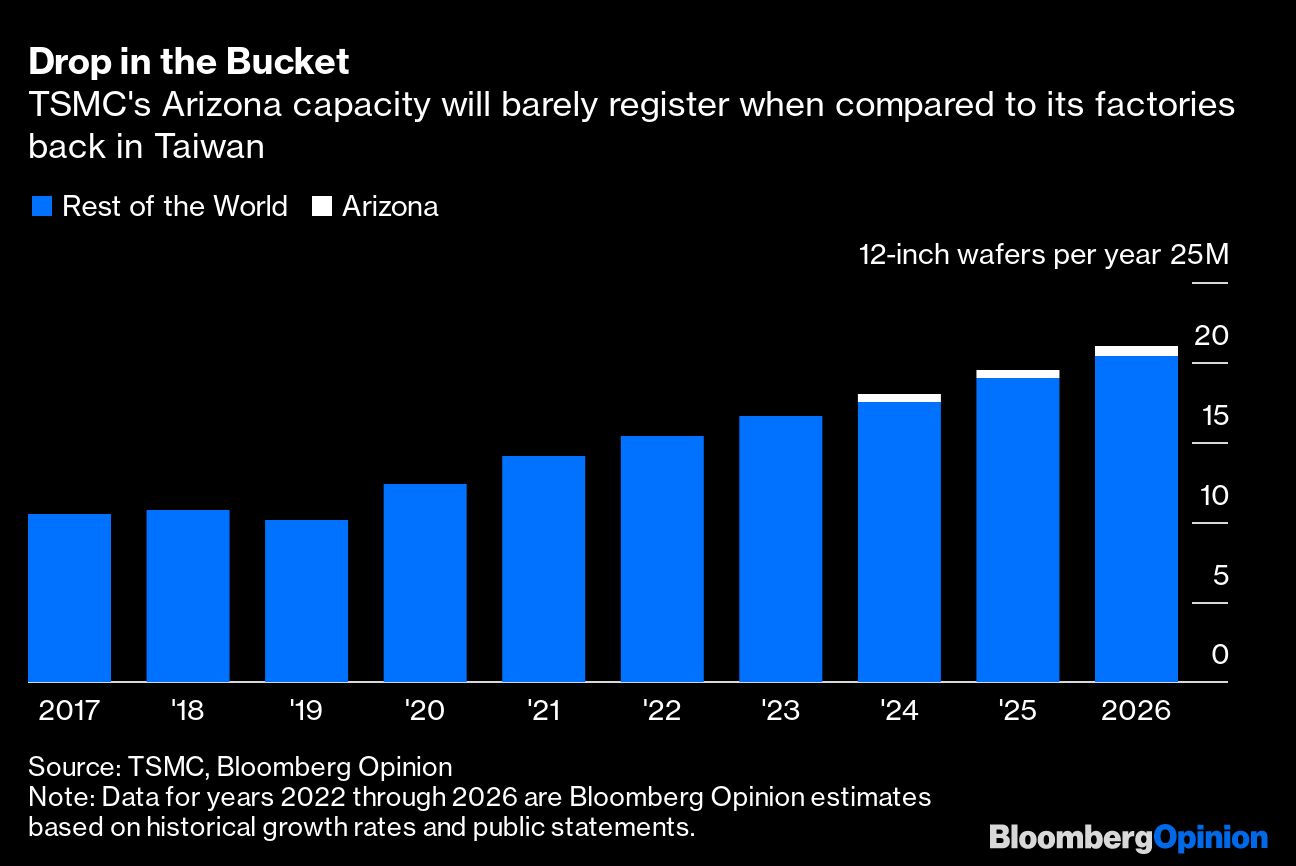 But the president’s visit to Arizona also drew controversy. Republicans have pushed Biden to visit the US-Mexico border to see how the record number of migrant crossings are impacting states such as Arizona. Asked why he wasn’t doing so during his trip, Biden told reporters Tuesday morning, “Because there’s more important things going on,” citing the TSMC event.

Construction will begin at TSMC’s second Arizona site in the coming year with production slated to start in 2026. In addition to the over 10,000 construction workers who will help build the site, the two Arizona fabrication plants are expected to create an additional 10,000 high-paying high-tech jobs, including 4,500 direct TSMC jobs.

The first plant will make advanced 4-nanometer chips when it comes online in 2024 and the second facility will make even more sophisticated 3-nanometer chips. However, when TSMC begins to make 3-nanometer chips in the US in 2026, its technology in Arizona will still lag at least one generation behind what’s available in Taiwan.

TSMC’s customers have pressed the company to roll out its latest technologies simultaneously in the US and Taiwan, which would help fulfill a Biden administration goal of having the most cutting-edge chips in the world produced on US soil. But Taiwanese and company officials have said they intend to keep the latest technology at home.