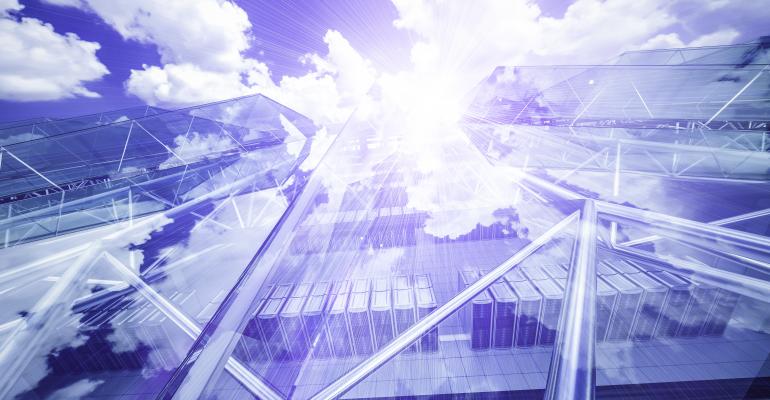 This past year, VMware doubled their acquisitions pace. The buying spree is part of VMware's efforts to transform itself from its roots as a virtualization company into a container and Kubernetes (and yes, virtualization) focused cloud-everything company.

When the doors swing open at San Francisco's Moscone Center next week to welcome attendees to this year's VMworld conference, host company VMware will be considerably larger than it was at last year's event. Since the doors shut on the last VMware lovefest in Las Vegas, the Dell-owned company has been on a buying spree that has seen 10 new VMware acquisitions.

The latest deal was a $4.8 billion twofer announced Thursday, in which the virtualization and networking company revealed it's acquiring cloud-centered Pivotal Software for $2.7 billion dollars and the cybersecurity firm Carbon Black for $2.1 billion. Both purchases are expected to be completed by January 31.

The buying spree is part of VMware's efforts to transform itself from its roots as a virtualization company into a container and Kubernetes (and yes, virtualization) focused cloud-everything company. Like everyone else these days, VMware wants you to chose it to be your guide as you move to a multi-cloud and edge infrastructure. It's amassed a number of companies to bolster its sales pitch to customers.

This could result in a rather crowded stage at Monday morning's opening keynote if CEO Pat Gelsinger and COO Sanjay Poonen present a parade of VIPs from the companies they've acquired since the last VMworld as they "expand on VMware’s business strategy and spotlight new innovations across the company’s portfolio," per their promises.

To help you figure out who's whom if you plan to attend the event (or watch it live stream), we've put together a brief list of the companies VMware has acquired during the last year, presented in chronological order by date of announcement, along with a look at what they bring to the table.

It's no secret VMware sees Kubernetes playing a major role going forward, which makes understanding this acquisition a no-brainer. Heptio co-founders Craig McLuckie and Joe Beda were two of the three original developers of Kubernetes, back when it was a Google project, and they were part of the VMware deal. These days McLuckie is VMware's VP of R&D and Beda holds the position of principal engineer "doing cloud-native stuff."

This acquisition took place last November and was VMware's first purchase after last year's Las Vegas event. At the time VMware said, "Heptio opens new channels for VMware to further engage the open-source community and harden upstream Kubernetes as well as support the cloud-native needs of the largest enterprises in the world."

This acquisition, announced in February, helps VMware's move to the edge and will primarily benefit its telco customers. When the deal was announced, VMware said the startup's software for remote support of IoT and endpoint devices would be used to augment its endpoint device management platform, VMware Workspace ONE, which offers integrated support for mobile, PCs, ruggedized "factory-floor" devices and the Internet of Things.

VMware purchased Bitnami in May, primarily to take advantage of its software for automated application deployments of open source server apps on public clouds. The company originally built a following on top of its software for easy one-click deployments of traditionally deployed enterprise software and still has a following in that space, so VMware is keeping the Bitnami brand alive.

Founded in 2012, Avi Networks produced a fully distributed software-defined application delivery controller architecture that provides real-time analytics for modern applications running in VMs, containers, or bare metal, and across data centers and clouds. When the sale was announced in June, VMware SVP & GM, Tom Gillis, wrote, "This architecture mirrors the approach of our groundbreaking software-defined networking solution VMware NSX. For this reason, we are very excited that the Avi team will join forces with the NSX team after the deal closes to completely redefine how networking infrastructure is designed and deployed."

This startup provided software to accelerate complex computing workloads on GPUs, FPGAs and ASICs, with a focus on Artificial Intelligence and machine learning. VMware said in July, when the sale was announced, that it planned to integrate Bitfusion's vendor and hardware-agnostic technology into its vSphere server virtualization platform.

This VMware acquisition went straight into the company's telecommunications portfolio; Uhana's software uses deep learning and real-time AI to optimize carrier mobile networks and applications. When the sale took place in July, VMware indicated the technology would be rolled into its Telco Cloud platform. "Uhana's technology will also be poised to empower intelligence and analytics for VMware Smart Assurance and VMware Smart Experience products," the company said.

The purchase of the cybersecurity startup Veriflow was the first of four VMware acquisitions announced this month. The company markets security and network monitoring technology with predictive capabilities to stop the black hats before they get in and to prevent outages. "VMware plans to invest in and integrate Veriflow into vRealize Network Insight to increase our overall network monitoring and troubleshooting capabilities and adding new dimensions of network verification and What-If analysis directly to the platform," Ajay Singh, VMware's SVP and GM of Cloud Management, said in a blog.

A few days after announcing the Veriflow deal VMware announced that it had purchased Intrinsic, an application runtime security startup, to add serverless security to its portfolio. VMworld said the sale included both Intrinsic's technology as well as its development team, and indicated that the "expertise and technology" will be used to expand its VMware AppDefense platform into public clouds.

This purchase is something of a homecoming for Pivotal, which began life as part of EMC (now DellEMC) and VMware. The buyback is because Pivotal has been in troubled financial waters since its IPO in April 2018 and VMware needs to leverage the company's Cloud Foundry expertise.

The price being paid for the startup is $11.71 per share in cash and stock, and although that's about three dollars a share more than the stock's selling price as recently as early last week, it's likely not going to please some speculative stockholders. After press reports late last week that VMware was in negotiations to pay $15 per share, the stock's price shot up to around $14.

VMware announced that it's buying Pivotal and Carbon Black, a publicly traded security company that secures cloud-native workloads, at the same time. "These acquisitions address two critical technology VMware, Inc. priorities of all businesses today — building modern, enterprise-grade applications and protecting enterprise workloads and clients," VMware CEO Pat Gelsinger said in the announcement. "With these actions we meaningfully accelerate our subscription and SaaS offerings and expand our ability to enable our customers’ digital transformation."

We might add that these VMware Acquisitions are the ones we know about now. Don't be surprised if an 11th or 12th acquisition is announced next week at VMworld.