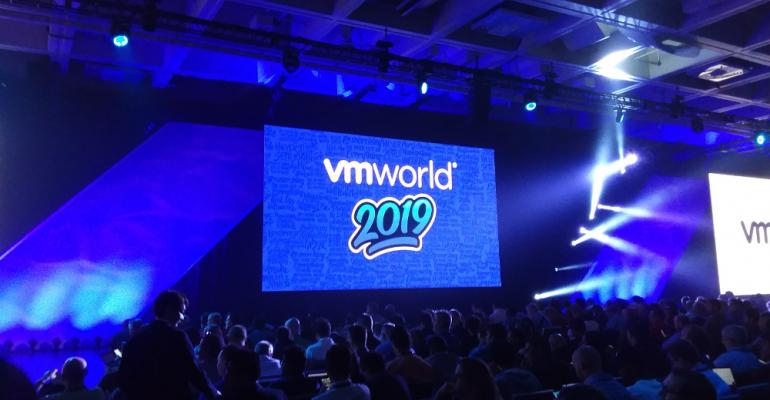 VMware faces competition from Docker, and even stiffer competition from Red Hat, as it goes for the brass ring in the crowded container market. If VMware pulls ahead in the cloud marketplace, it may actually be because it has remained true to its roots in some fashion and let enterprises straddle both legacy set-ups and hot new technologies.

VMware no longer wants you to think of it as merely a virtualization company but as a full-fledged enterprise solutions provider. At least, that's what they spent all last week saying at VMWorld in San Francisco. This means that containers and Kubernetes are now at the top of its agenda, along with that holy grail of the cloud native vision, offering the kind of hybrid multi-cloud environments in which enterprise pros can move between Amazon Web Services, Microsoft Azure, and any other cloud on their network.

VMware has been headed in this direction since it became obvious that cloud and containers meant that virtual machines were no longer the bleeding edge technology for enterprise development. Tech pundits have spent the last few years saying VMware was in danger of losing its relevance. And VMware has been a company in transition, eager to embrace the brave new devops-driven, cloud-native world over the virtualization technology on which it was built.

During last year's VMworld in Las Vegas the company seemed to be rolling the dice and hoping not to crap out; at the keynotes "virtual" was a word that was oddly absent for a conference with "VM" in its name. This year was different. The company's message was that the transition is over, VMware is ready to be your cloud company, and virtualization technology is a key part of that equation, with a lot of talk about virtualization and containers working together side-by-side.

The question at this point is will the enterprise buy what the new VMware is selling? The short answer: Probably.

The software-defined-hybrid-cloud-containers-and-Kubernetes field is crowded, with practically every software vendor on the planet working to get a piece of the containers-and-cloud pie. This is understandable: According to researcher IHS Markit's Data Center Compute Intelligence Service, the container software market's revenue will see a compounded annual growth rate of 30% percent between now and 2023, when it's expected to be at $1.6 billion.

The good news for VMware is that within that crowded space, the combination of VMware and Pivotal (which is in the process of being acquired by VMware) makes it the third-largest player in the container market, and that makes the company reasonably well placed if you're just counting who's crossing the finish line. However, in a horse race, a third-place finish is only a "show," which in this case represents only a 6% share of the container market, according to IHS Markit.

The one to beat is Red Hat, whose OpenShift container platform rakes in 44 percent of all container software revenue and recently surpassed 1,100 customers -- more than nine times the 140 container customers VMware and Pivotal have. Competition from Red Hat is also liable to become more fierce now that it's owned by IBM, which has said it will both fund growth for its Linux-based cloud subsidiary as well as sell Red Hat products and services as part of Big Blue's expanded move into the hybrid cloud sphere. 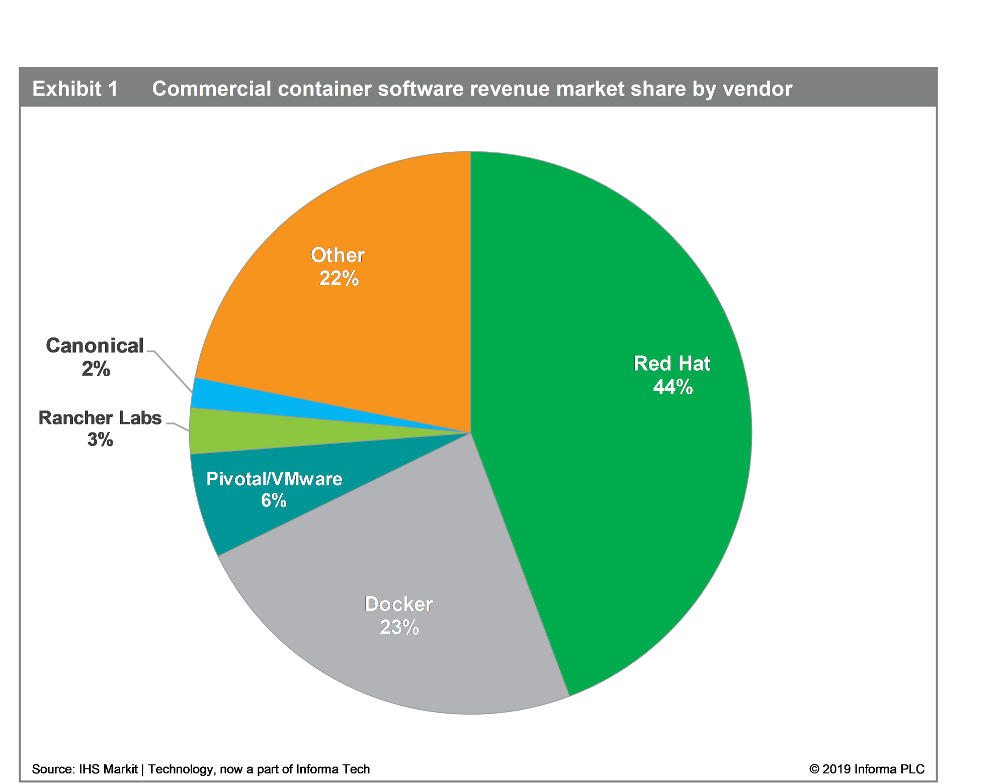 "Red Hat proved that the best strategy for selling container software is a hands-on approach where training and consulting come first," IHS Markit said in a statement, adding that the company was also boosted by its purchase last year of CoreOS, which brought policy-setting, management and automation technologies to the table that have since been rolled into OpenShift.

Markit noted that VMware's moxie in the container arena has also been boosted by an acquisition, in this case, Heptio, which is about as close as you can get to Kubernetes' roots without being Google, since the company was founded by two of the three original developers of what has become the de facto standard orchestration engine.

“The appeal of this growing market has driven other vendors to step up their game, with Docker making peace with Kubernetes and VMware forming a clearer go-to-market strategy after acquiring Heptio," Vladimir Galabov, a principal analyst at IHS Markit said in a statement. "VMware is likely to mirror Red Hat’s sales strategy and increase its focus on consulting and training enterprises to more effectively enable container software deployment in production.”

At VMworld, the company was actively promoting its VM prowess with new and improved capabilities in its VSphere platform to make it easy for enterprises to run legacy apps, VMs, and containers side-by-side. If VMware pulls ahead in the cloud marketplace, it may actually be because it has remained true to its roots in some fashion and let enterprises straddle both legacy set-ups and hot new technologies.