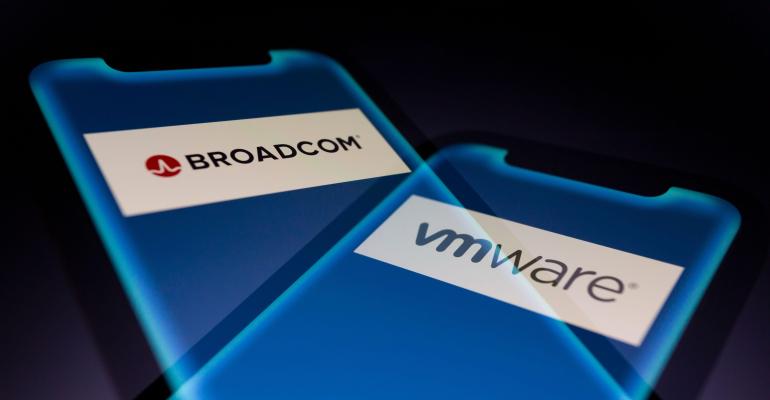 Omdia analysts Roy Illsley and Dominika Koncewicz look ahead to what 2023 has for the Broadcom acquisition of VMware.

VMware made its position on multi-cloud clear at its annual European customer event, VMware Explore (previously VMworld). However, the company had less to say about its future vision, likely since it is operating under the pending acquisition by Broadcom. Omdia believes VMware has identified the new multi-cloud control plane market as the growth opportunity going forward, but it remains to be seen if Broadcom shares that vision. No public statement has yet been made beyond that VMware will be the software division of Broadcom.

Broadcom’s Acquisition of VMware Will Become Clearer, but the Next 12 Months Will Be Critical

Rangarajan Raghuram, CEO of VMware, made two telling responses to questions in the press and analyst Q&A:

These responses clearly indicate that for the next 12–18 months, the emphasis will be on making all the software owned by Broadcom fit with the focus of this new software division. While it is understandable that VMware cannot make any key forward-looking decisions until the deal closes and Broadcom’s strategy is made more public, the company is creating uncertainty in its customer base. This view was evident from the revenue figures for the first half, which showed strong growth for EMEA. According to Luigi Freguia, senior vice president and general manager of VMware EMEA, 40% of this increased revenue was due to customers pulling forward purchases.

Omdia considers VMware to be perfectly placed to take the opportunities the economic uncertainty will present for technology companies. VMware is particularly adept at supporting the ability to spread risk by adopting multi-cloud and deploying more subscription-based IT intelligent management solutions that will enable IT departments to deliver the same service with fewer IT staff. What the company very quickly needs to do is declare its strategy once the Broadcom acquisition is complete. This will send a clear signal to markets and customers of how the new software division will operate and how it will deal with the portfolio of software products that Broadcom already owns.

VMware has rebranded and modernized its multi-cloud management capabilities with VMware Aria. The architecture of VMware Aria is based on VMware Aria Hub, which at its core is a graph database (VMware Aria Graph) with a user interface (UI) and application programming interface (API) management built on top. This is the platform, which VMware refers to as the control plane, that the other capabilities plug into. Currently, VMware Aria provides the ability to manage the cost, performance, secure configuration, and delivery of cloud native applications. The graph database holds information on users, configurations, and associated dependencies. As of VMware Explore 2022, the VMware Aria family provides the ability to manage at scale with the unified experience and workflows of VMware Aria Hub (formerly known as Project Ensemble). This new multi-cloud management platform will integrate across the entire VMware Aria portfolio, which includes the following:

Remote working has remained a standard across most companies worldwide. Cloud, workforce, and application transformation initiatives bring the need for a more distributed IT model. Current demand is for remote software-defined WAN access (SD-WAN) without hardware edges. In response, VMware announced a new SD-WAN Client, which is a client software that gives enterprises the cloud native and cloud-delivered SD-WAN technology without deploying an edge device. This new release is also a result of the recent VMware acquisition of the team, products, and IP of Ananda Networks. Its network as a service enables organizations to create their own private and secure networks but also provides remote management and control capability without a need to physically create a cloud server in a fixed location. The number of work-from-home users has been small compared to the total number of VMware’s SD-WAN deployments, and this has always been a growth area. However, with the expertise of Ananda Networks, the new SD-WAN Client, and the benefits of private 4G/5G networks (also gaining traction lately), these numbers should grow very soon.

VMware is going through an acquisition by a company (Broadcom) that has not had the best track record of acquiring software companies and making them a success. Until the deal closes and Broadcom makes it clear what the focus is and how the new software division will operate, customers will remain cautious. Omdia believes that Broadcom will learn from its past mistakes, such as the CA Technologies acquisition, and it will manage this one differently.