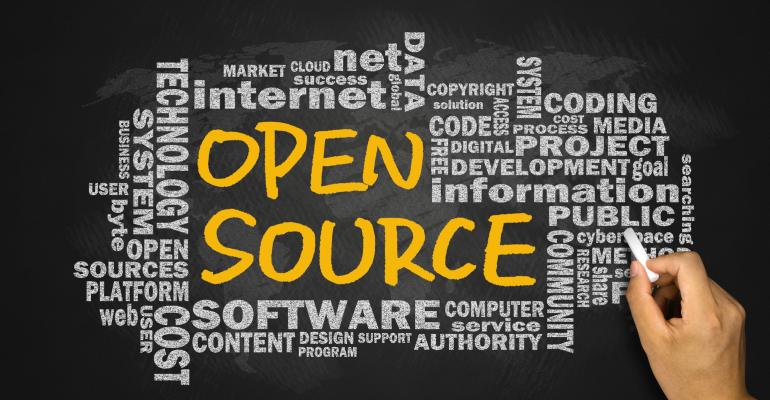 One of the fathers of Kubernetes says enterprise customers see the most benefit from the community-driven approach because their users get the opportunity to influence the direction development takes.

In enterprise open source circles, Joe Beda and Craig McLuckie have achieved something akin to a rock star status. This isn't just because the pair were two of the three original developers of Kubernetes, but also because they did a little arm twisting while at Google that resulted in Kubernetes being released as open source software. This opened the door for the container orchestration engine to become the de facto standard for managing containers.

After Google, Beda and McLuckie built Heptio, which provided tools and services for managing Kubernetes. There, with McLuckie as CEO and Beda as CTO, they built a sizable user base and partnered with Amazon Web Services to make their products available in public clouds. Then late last year, after only two years in business, they sold Heptio to VMware. VMware was  on a mission to reinvent itself as a cloud and container company.

According to Beda, who talked with ITPro Today at this year's VMworld event in San Francisco, VMware was a match for Heptio on several levels.

"Heptio was early enough in our cycle that we had traction with customers, we had relationships and we had sales," he said. "But, at the end of the day, I believe that VMware bought us because they wanted us to come in and actually have an impact in terms of helping with Tanzu."

Tanzu is VMware's new apps portfolio. During the opening keynote at VMworld, the company rolled out the first Tanzu-branded offering — Mission Control — which offers a single point for managing multiple Kubernetes clusters in hybrid multi-cloud environments.

"The Tanzu portfolio is really a combination of not just the Heptio input, but mixed with a bunch of efforts that were already going on in VMware," Beda explained. "I think we definitely helped to crystallize that into a singular experience for customers, and so I think that's why Heptio was brought in."

It was obvious at the time the sale was announced that VMware didn't buy Heptio simply for its product portfolio, although all but one of its products are still under development and available; it also bought Heptio for its expertise. VMware acquired Heptio for $550 million, which was more than four and a half times its 2017 valuation of $117 million.

Beda said that, for Heptio, the offer came just as the company was at a crossroads and considering another funding round.

While Heptio’s sale to a company mostly known as a proprietary player wasn't received well by many open source community advocates, it was well-received by analysts. In a report issued by researcher IHS Markit in early September, Heptio was singled out from the ten acquisitions VMware made during the previous year as the key ingredient to a successful move into cloud and containers.

Heptio services "are very much going to allow VMware to address a new market where they have almost no presence, and that market is growing 30 percent on average for the next five years," said Vladimir Galabov, IHS Markit principle analyst .

Especially disappointing for the enterprise open source community was that, unlike Red Hat, which remained intact as a company under IBM ownership, Heptio was swallowed whole by VMware and has ceased to exist as a company.

"We merged into a business unit inside of VMware that already had a lot of things ongoing, so a big part of it was us coming in and trying to figure out how we're going to work with folks and how we're going to merge product plans," Beda said. "[It was] a lot of hard work to be able to do that, but we're not running Heptio as a separate individual unit. Craig and I are really trying to have a wide impact across the company."

Heptio was not VMware's first foray into open source. The open source cloud company Pivotal started life as a part of VMware before being spun-off. Its recent acquisition by VMware was something of a homecoming. In 2016, as VMware began planning its move into open source-dominated container space, it hired Dirk Hohndel away from Intel — where he'd been its chief Linux and open source technologist — to become VMware's first chief open source officer.

However, there are still more than a few people at Beda's newfound corporate home who are still struggling to understand the enterprise open source model.

"Dirk's been doing a lot of the heavy lifting, so he really prepared a lot of the ground for us," Beda said, "but I think there's still folks wrapping their heads around it. The part of the company that we joined was already contributing to Kubernetes, and folks kind of got it. I think as we start engaging with other parts of the company, they're starting to figure it out. The biggest thing that is difficult for them is the idea of control and being able to set a schedule."

Control of enterprise open source projects has often been a bugaboo for those steeped in the proprietary model, with many attempting to dictate the direction of a project without making room for input from the community. This rarely sits well with community developers, as was seen last week when Google came under fire on social networks when it announced it was keeping two of its Kubernetes-based projects, Istio and Knative, under such tight control that no decisions can be made without Google's agreement.

"There's obviously different types of open source," Beda said. "You can have the open source where you control the roadmap -- it's open and you're happy to take contributions, but it's under your terms. And then there's open source where it's truly community-driven."

He offered Kubernetes as an example of a community-driven open source project, and said that in his experience, customers see the most benefit from the community-driven approach since it offers users the opportunity to have a say about the direction development takes.

"But you have to make your peace with the fact that you may not have as much certainty around the schedules and development processes as you might like," Beda added. "That's always a challenge to have folks wrap their heads around."

Another advantage to having a vibrant enterprise open source community of developers is that often the community developers will find new uses and directions for software that would never have occurred to an organization focused on a single business model.

"The magic of open source is that you have folks coming out of nowhere that surprise you in really good ways," Beda said. "I don't care who you are — whether you're Amazon, Microsoft, Apple or VMware — there are more smart people outside your company than there are smart people inside your company. Really embracing that and recognizing those advantages can often outweigh the risks around not having that total control."

Beda also noted that as enterprise IT becomes more complex, with deployments incorporating everything from virtual machines, containers and microservices to artificial intelligence and machine learning, open source solutions to deal with these complexities are less than user-friendly for the DevOps teams that will use them. That offers opportunities for downstream vendors such as VMware.

"I do think that the product will only take it so far and there'll be room for vendors like VMware to actually take it to the next level, integrate it in different ways and bring our own opinion to it," Beda said.