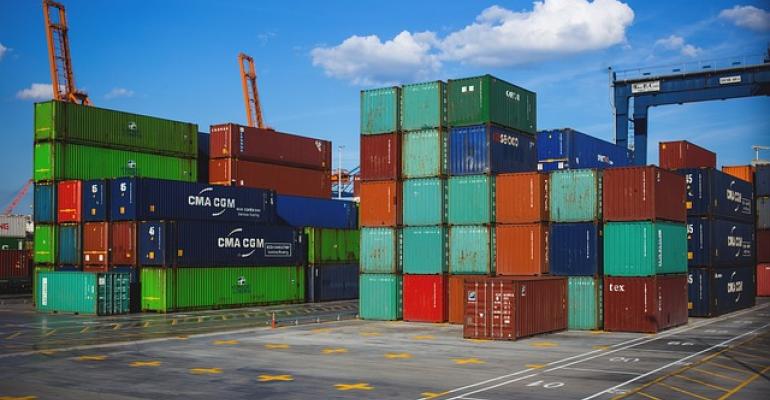 VMware says it will roll Kubernetes tools from Heptio into PKS and other projects.

Another important open source company has been picked up by a big proprietary player. This time it's the Seattle-based Kubernetes-focused Heptio, which is being acquired by the virtualization giant VMware. The deal was announced on Tuesday at VMworld Europe in Barcelona, just a little over a week after IBM picked up Red Hat for a cool $33 billion. Details of the sale are not being made public.

By Red Hat standards, Heptio is a small fry. It's a two-year-old startup that's raised $33.5 million in two rounds of funding, with a valuation after the last round of $117 million.

However, the company has an important place in the rapidly expanding cloud market, as it offers a line of popular open source products designed to bring ease-of-use to Kubernetes, nowadays an essential part of any container solution. It's unknown how many customers it brings to the table, but at an online press conference on Tuesday, CEO Craig McLuckie said its customers include "a large number of financial services, telco, retail, manufacturing, and other organizations."

The company also comes with a pedigree, along with more than just a little open source cred. The company was founded by McLuckie and CTO Joe Beda, who along with Brendan Burns (now at Microsoft) were the original developers of Kubernetes under Google. The trio also pushed Google to release the project as open source.

"Our ambition was to start with an open source first approach," McLuckie told ITPro Today earlier this year. "That obviously raised some eyebrows inside Google. We had to talk to Urs [Hölzle, Google's SVP engineering] quite a lot before he finally gave us the go ahead."

McLuckie and Beda will be making the trip to VMware, where they'll take "leadership positions" that will be disclosed after the sale is finalized.

VMware is buying Heptio for exactly the same reason that IBM purchased Red Hat: to help it add beef to its cloud offerings. With over 500,000 customers, the company was a pioneer in virtualization technology and remains the de facto leader in that field. For several years, it has been successfully repositioning itself for hybrid cloud by adding cloud native software to its portfolio that integrates out-of-the-box with its hypervisor. With Google and its sister company Pivotal it has developed Pivotal Container Service (PKS), which takes advantage of the open source Kubo project for Kubernetes management.

Heptio's technology will bolster VMware's porfolio with backup and disaster recovery, diagnostics and conformance testing, and load balancing, among other things. According to Paul Fazzone, VMware's SVP and GM of cloud native apps, much of that technology is slated to be rolled into PKS and other VMware products.

"Our shared goal will be to deliver a cloud-independent Kubernetes control plane for builders, operators and consumers of modern infrastructure and applications, with consistency and conformance across any cloud, and delivering the required enterprise services and tooling needed by the modern IT organization," he wrote in a blog. "Once part of VMware, Heptio’s open source projects, products and services will be integrated with VMware’s Hybrid Cloud and Native Public Cloud offerings including VMware PKS."

Although Heptio will cease to exist as a company but will be folded into VMware, McLuckie said that VMware's size and reach will help maintain the growth and continued development of Kubernetes capabilities.

"As we started thinking through the mechanics of this, it was clear to us that being able to join forces with an organization that already has 500,000 customers, that has a very deep engineering centric DNA, and that has led the world through one significant disruption, just made sense," he said in Tuesday's press event. "For us, the thing that was most exciting about this is about coming together and bringing the best of what Heptio has to offer, but also having an opportunity to tap into that phenomenal set of capabilities, resources, and execution muscle that VMware brings to the table."

Although Fazzone, McLuckie, and Beda all offered assurances to the open source community on Tuesday, pointing to VMware's many open source contributions, its history of working closely with upstream developers, and its commitment to containers whether running on VMware's hypervisor or not, the long term future of Heptio's standalone products is unclear.