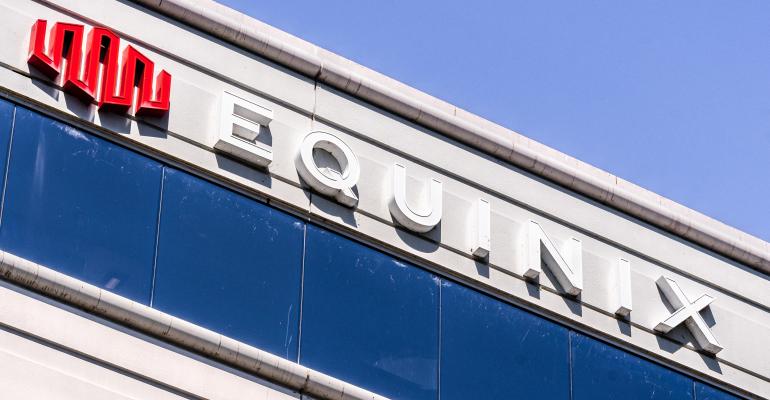 Equinix and VMware today announced plans for VMware Cloud on Equinix Metal, a new offering that will enable enterprises to use VMware’s software environment as a cloud service on Equinix’s bare-metal cloud.

Executives from both companies said they are building the new cloud service  because their customers have requested it. The new service combines the  colocation giant’s Equinix Metal bare-metal as-a-service offering with VMware’s cloud management platform, which includes VMware’s flagship vSphere and vSAN virtualization software.

Many customers use VMware’s software to seamlessly run, manage and secure their virtualized and containerized apps across internal data centers, private clouds, and multiple public clouds. And these enterprises want to access VMware cloud services on Equinix to meet their edge compute needs and take advantage of Equinix’s interconnect services, which provides fast network access to public clouds and service providers, the executives said.

“The goal here is to bring cloud-style experiences to the metro location reach of Equinix,” said Zachary Smith, Equinix’s global head of edge infrastructure services in a media briefing. “Equinix is active in over 240 data centers in 71 markets. We are hearing from enterprises that they want to have access to those locations across the world with [their] latency-sensitive, high-performance workloads, but with the ease and consumptive model of VMware Cloud.”

Win-Win for Both Companies

Analysts say the partnership is a smart strategy for both Equinix and VMware. Equinix gets to tap VMware’s large, installed base of enterprise customers, while VMware fills a gap in its portfolio and can now provide its software as a service from an edge service provider, said Craig Matsumoto, senior analyst of distributed infrastructure and datacenter networking at 415 Research, part of S&P Global Market Intelligence.

VMware has previously partnered with the other major cloud providers, including in 2017 when it launched VMware Cloud on AWS.

“VMware’s cloud play is to be the single unifying layer on top of your clouds, and they want to extend that to the edge, and with Equinix, they get an edge that is already in place and maintained by a large, well-known company,” Matsumoto said in an interview with Data Center Knowledge.

“VMware can now claim it offers a consistent cloud platform across hyperscaler, colocation and customer-owned data centers,” he told DCK. “This is incredibly important for customers that need the flexibility to easily move workloads between providers.”

Historically, Equinix has provided colocation data centers that allow customers to house and run their own hardware and software. But in 2020, Equinix acquired startup bare-metal provider Packet as a strategic move to elevate the company from a colocation and network interconnect provider to one that could also offer compute and storage infrastructure-as-a-service (IaaS), McCarthy said.

After integrating Packet into its platform, Equinix launched its Equinix Metal bare-metal cloud service, but so far its IaaS offerings have been limited to bare metal. The partnership with VMware adds a virtualization and container platform for customers seeking a ready-to-use environment for their applications, he said.

The customers for Equinix Metal’s bare-metal services by itself are different from the customers that want VMware Cloud on Equinix Metal, but that’s the point of the new offering, McCarthy said.

“It expands Equinix’s overall addressable market by offering both options and makes it more competitive with public cloud providers,” he said. “Regardless of which option the customer chooses, Equinix wins because it drives usage of its infrastructure.”

Equinix has a huge market opportunity. Bare metal is attractive to enterprises running high-performance applications or are in situations where more control over the software stack is required, he said. IDC estimates the public cloud market for bare-metal compute will reach $11 billion in 2022, a 31.8% growth over 2021.

VMware and Equinix are currently building the VMware Cloud on Equinix Metal service. It is expected to be available in mid-2023, a VMware spokesman said.

VMware will provide the first line of support and will work with Equinix behind the scenes to ensure customers get the assistance they need, said Narayan Bharadwaj, VMware’s vice president of cloud solutions.

The service will require customers to make two transactions: a subscription to the VMware Cloud service and a second transaction to subscribe to the bare-metal server infrastructure from Equinix. But once complete, customers get a fully managed experience, Bharadwaj said.

“The ask from customers is how do we bring this all together? How do we create the on-demand model that the public cloud pioneered, but then built with the performance, latency sensitivity and the enterprise assurance all our customers look for. So together we wanted to address this gap in the market,” Bharadwaj said in a media briefing. “So we started down this journey on what we call a distributed cloud that really brings together all of these public and private cloud benefits into one offering.”

In other news from the VMware conference, the company also announced new tools as part of Project Northstar, a software-as-a-service offering that provides enterprises with a central console to manage network and security policies.

The announcements include VMware HCX+, a tool that enables IT leaders to migrate full workloads seamlessly and effortlessly – including the VMs, connection points, firewalls and data – across a multicloud infrastructure, said Tom Gillis,  senior vice president and general manager of VMware’s networking and advanced security business group.

“If you’ve ever been involved in a datacenter migration, it usually takes months and lots of planning and lots of heartache,” Gillis said. “Using the power of software abstraction from virtualization, we’re able to just pick it up and move it.”

HCX+ is currently available to all customers in beta.