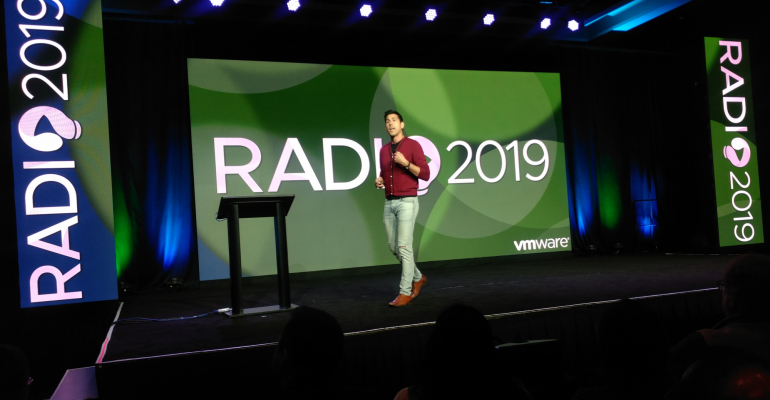 The company’s cloud CTO says the ‘Switzerland model’ is intact despite the recent optics.

After it got out of the business of providing cloud services in 2017, VMware’s strategy became what its executives described as “cloud Switzerland.” It would continue producing software for building cloud infrastructure, but it wouldn’t favor any one hardware vendor or cloud provider. While it can aspire to be Switzerland, however, the realities of operating a business and building complex technology solutions make that a moving target.

Dell Technologies followed the consolidation of its control of VMware as part of going public in December with a rollout of a new cloud strategy last month, and that strategy revolved around VMware. Dell execs weren’t shy about saying that the VMware cloud tech integrated with Dell products would perform better than VMware tech integrated with rival products.

And, while having Microsoft CEO Satya Nadella join Michael Dell and VMware CEO Pat Gelsinger on stage to announce a new hybrid cloud partnership may have looked like it was as big a deal as VMware’s Amazon Web Services tie-up earlier, looked at more closely, it wasn’t.

Neither of those things is Switzerland-like, and Kit Colbert, VMware VP and CTO of the company’s Cloud Platform business unit, recognizes that at least “the optics of it” isn’t ideal. “I get the perception issue,” he said in an interview with Data Center Knowledge.

But the “Switzerland model” is still a big focus for the company, even if from outside it may appear to have blurred somewhat. “We want to preserve a very broad ecosystem,” he said.

The barrage of VMware-centric announcements by Dell at the recent Dell Technologies World may have created the perception that VMware is on its way to becoming a Dell shop, but that may be because of the nature of a big vendor conference, where most of the announcements are about the vendor that’s organizing it. Wait until another big vendor’s conference or VMware’s own VMworld (coming up in August), and you’ll see that VMware’s broad market strategy is still intact, Colbert assured us.

“Have things changed? Maybe in some ways. We’re definitely putting extra effort into working with Dell, but I still think that the fundamentals of it have not changed,” he said. “We are first a Switzerland company.”

Control of VMware, one of the biggest data center software vendors, gives Dell a huge advantage in the enterprise market, and its urge to use that advantage makes a ton of sense. Whether it can manage to exercise its newly acquired power while keeping VMware’s value as an independent technology maker intact in the long term remains to be seen.

The reason VMware’s new Azure partnership around hybrid cloud isn’t as deep as the one it has with AWS comes down to the mechanics of integrating large cloud platforms, Colbert explained. You can’t do these things quickly, and you have to finish one before you start another.

VMware Cloud on AWS is a service provided and operated by VMware. It’s a full VMware cloud infrastructure stack running on bare-metal servers inside AWS data centers, and it took a lot of time and engineering muscle on both sides of the partnership to stand up. That work is still ongoing. The service is not available in all AWS availability regions today, although Colbert told us earlier that it will be by the end of the year.

The new Azure VMware Solutions were designed by Dell subsidiary Virtustream and CloudSimple, a VMware Cloud Verified partner – of which there are many. It’s not a full integration between VMware and the Azure infrastructure, and it’s not operated by VMware.

The companies did say that they were in discussions about a deeper integration between VMware’s cloud stack and Azure but didn’t lay out any specific plans. “We do want to partner deeply with our biggest partners,” Colbert said.

“Over the completeness of time, we’re absolutely Switzerland, but from an execution standpoint, you can’t really boil the ocean,” he said, commenting on the difference between the two partnerships. “You got to focus.”