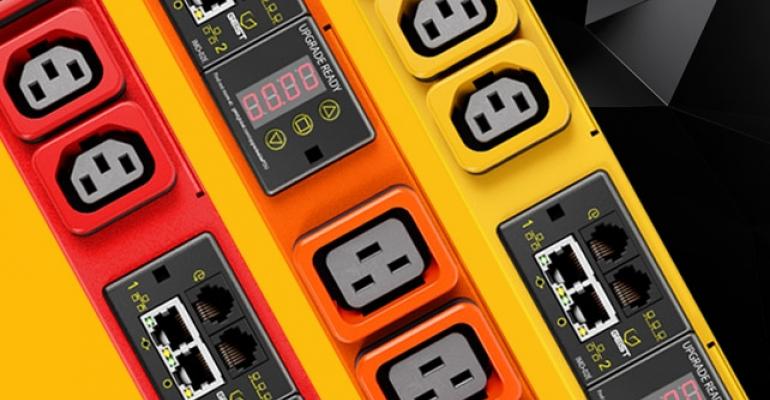 Critical Thinking: What will Vertiv do with all the data center operational data it will now have access to?

Critical infrastructure equipment supplier Vertiv has made its second acquisition in as many weeks, striking a deal to purchase the data center power distribution unit specialist Geist.

Related: New Owners Pushing Vertiv to “Act Like a Startup”

The acquisition will help settle some of the questions about Vertiv’s plans following its split from infrastructure giant Emerson Electric in 2016. Vertiv is what the former Emerson Network Power unit became after it was spun off.

The Geist deal follows closely on from Vertiv’s acquisition of Energy Labs last week. That deal broadened Vertiv’s capabilities in free cooling, which is fast becoming the standard approach for large hyper-scale data center sites and a growing number of colocation providers.

The addition of Geist’s portfolio of data center equipment – which includes not only PDUs but also cooling devices, monitors, and sensors – further strengthens Vertiv’s existing product lines in those areas.

Lincoln, Nebraska-based Geist is also proud of its “just-in-time” manufacturing – all done in the US. That means it can deliver built-to-order customized PDUs in a matter of days. That ability to deliver short turnaround on custom equipment is important for large operators that often require specialized designs and may need to add new capacity on the fly.

But while the technology and manufacturing expertise that Vertiv has acquired are important, how it uses the data harvested from Geist and Energy Labs’ devices is arguably just as critical to its future strategy.

For example, as well as physical equipment, Geist has its own data center infrastructure management (DCIM) tools. Vertiv will now have to work out if and how to integrate those tools with its own comprehensive DCIM software platform Trellis and its other data center software.

A lot of data center operators are still not using DCIM software, so there is room for growth, especially among colocation providers, some of whom have finally tuned into the importance of DCIM for customer engagement. However, a bigger challenge for Vertiv and its rivals is the development of cloud-based management tools. More acquisitions in this area may even be in the works.

It is likely that DMaaS will complement rather than replace existing DCIM tools – at least in the short term. Rather than the granular environmental monitoring or asset management enabled by on-premises DCIM software, the new range of cloud-based tools will provide data analytics-driven predictive maintenance capabilities to identify potential faults before they happen. That will have enormous efficiency benefits for suppliers and customers alike.

Schneider Electric and Eaton have already made inroads into DMaaS with dedicated products; Vertiv, Siemens, and others also maintain that they have the capability to launch DMaaS platforms in the near future if there is sufficient customer demand.

Of course, not all customers will be prepared to share data – even if it’s anonymized – with cloud services. But as the benefits of predictive maintenance and management capabilities enabled by DMaaS are proven, more operators are likely to see the perceived risks around data security and privacy as worthwhile.

However, while an obsessive focus on software and data is important to the future of data center equipment suppliers, there are risks if it isn’t done correctly.

The current state of GE should perhaps stand as a lesson. Former GE CEO Jeffrey Immelt famously (or infamously now perhaps) said in 2011 that becoming a software and analytics-driven company was fundamental to GE’s future.

Unfortunately, several years and several billion dollars of software investment later, GE is facing extremely tough times. Immelt stepped down last year, and the company reported a $9.8bn loss in the fourth quarter of 2017. Too add to its woes, GE is facing an SEC investigation. There are even talks of breaking up the company.

It has been argued that the considerable investment in the company’s software and data arm, GE Digital, was partially responsible for the current situation. GE’s own cloud-based equipment management software platform, Predix, has faced delays and technical issues.

But it is also important not to entirely conflate GE’s current predicament with its focus on software. The biggest issue was a slowdown in its core power business. Immelt was right to highlight the importance of the “industrial internet” to GE’s future and that of its competitors.

That considerable investment in innovation (and disruption) however has to be carried out against a backdrop of continued focus on core strategy and prudent financial management.

Without those fundamentals in place you don’t need an all-pervasive machine learning-driven cloud platform to tell you that even the most innovative software strategy is going to run into problems.